The Deepest Pools In The World – Awe-Inspiring Sights

News >The Deepest Pools In The World – Awe-Inspiring Sights 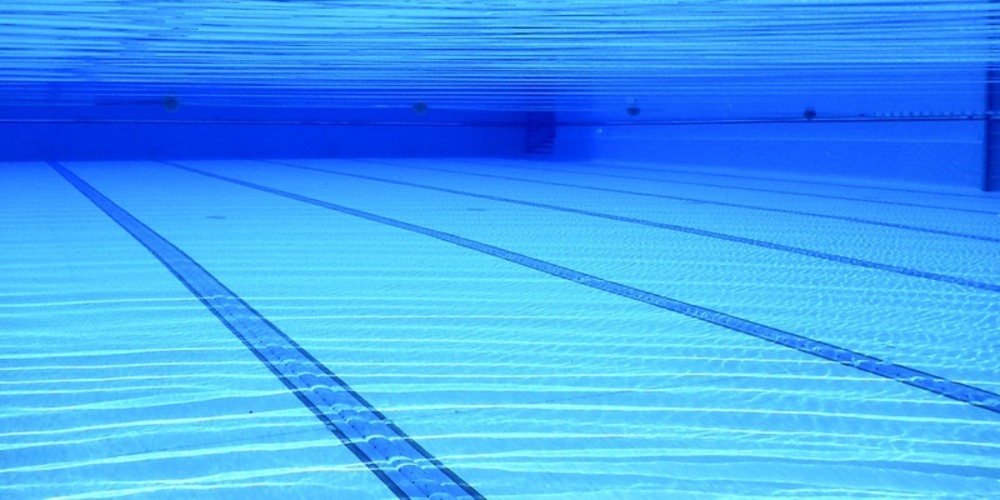 A 50-meter pool is no longer an exotic thing these days, but if a pool is not fifty meters long but fifty meters deep, it will catch your attention. These pools look unbelievable. The creators did not plant fish or plants, so the whole place has an uninterrupted view of the jaw-dropping design. Let’s take a look at the deepest pools which broke Guinness Records!

The deepest pools in the world were designed for divers, researchers, and emergency service workers to practice. However, they will surely use these unique places for competitions, for example, freediving. Freedivers dive to extreme depths without any equipment. The current underwater-distance record with one breath is held by Austrian freediver Herbert Nitsch at 253 meters and by Stig Severinsen who is able to hold his breath underwater for over 20 minutes.

The Underwater Paradise in Belgium

The Nemo 33 is one of the deepest pools in the world, located in Belgium. It also broke two Guinness World Records. Even though it’s called a swimming pool, it’s not made for swimmers but for divers. They filled it with 2,5 million litter of spring water to save diving equipment from water treatment chemicals. The deepest point of the swimming pool is 33 meters deep.

The water is a pleasant 30 degrees, so divers can spend hours in it without a problem. They keep the water warm through the solar heating system. Not only the temperature of the water reminds us of the tropics, but also the design. Underwater products, gateways, tunnels, and chambers create the illusion of caves. The diving pool has two flat areas five and ten meters deep.

Moreover, there is a vertical tunnel at the bottom, where the deepest point is 33 meters. Diving expert and engineer John Beernaerts designed Nemo 33 exclusively for divers. It took seven years to build and opened in 2004. The swimming pool is likely to give home for competitions at some point in the future. Since there are no disturbing factors like plants, fish, or other animals.

The Deepest Pools In The World – Poland

Divers can descend to oceanic depths in Poland, thanks to a facility built with millions of dollars, according to 20Bet. One of the deepest pools in the world, called Deepspot, has 8,000 cubic meters of water, which is twenty times the amount of a 25-meter-long pool. At a depth of 45 meters, it is the second deepest swimming pool in the world. The swimming pool for amateur and professional divers was built over two years and cost more than ten million dollars.

Divers can swim around a shipwreck while descending, and inspect artificial underwater caves and even Mayan ruins at the bottom of the pool to enhance the experience. There are no colorful fish or coral reefs here, so it is no substitute for the sea. At the same time, you can learn to dive there without facing the big open sea for the first time. Plus, you can have fun in this incredible tank. It’s like a playground for divers!

An underwater tunnel has been set up for viewers to watch the divers. Moreover, a hotel has opened its doors next to one of the deepest pools in the world, with some rooms built five meters underground with windows overlooking the pool water. The pool is designed primarily for divers, so they don’t have to travel to any beaches to dive really deep. The underwater part has been arranged accordingly, which you can check out at online sportsbook sites in Poland!

The £ 150 million Blue Abyss in Cornwall, England, is not a traditional pool. Divers, researchers, and even astronauts train here. They prepare for their travel to space in a 50-meter-deep and 40-meter-wide underwater facility. They can practice moving in a microgravity environment, while ocean researchers can test their robots, or even energy companies can experiment with their equipment for the seas.

The Blue Abyss is expected to be complete by 2023, will be five meters deeper than the current second deepest pool, Deepspot in Poland, and will have enough water to fill 17 Olympic swimming pools, or 168 million teacups, as the designers said. The Blue Abyss is going to be a more research-oriented facility than the others on our list. Check out the plans at online sportsbook sites in Poland!

The saying, that everything is bigger in Texas should be changed to everything is bigger in Dubai. It’s not the first or the last time they made it to the Guinness Book of World Records! You can check out its other spectacles in our article about the top 11 unique sports stadiums. Dubai’s engineers and designers are not kidding when it comes to the size of the design. The depth of the Deep Dive Dubai pool is 60 meters, and with the amount of water in it, we could fill up six Olympic swimming pools.

After this, it is no wonder that the complex was also in the Guinness Book of Records. Thus, the country now has the title of the deepest pool, the tallest skyscraper, and the largest shopping mall in the world. With its sixty-meter depth, Deep Dive Dubai has outdone its predecessor, the forty-five-meter Polish Deepspot, taking its imaginary crown and breaking another Guinness Record. Do you think it will organize free diver competitions as well? Until they do, check out the other freediving championships at 20Bet!

The Deepest Pool In The World

Although the complex is not yet open to the public, divers can come only by invitation. We know that it is intended primarily for entertainment purposes for now. Sheikh Hamdan bin Mohammed bin Rashid Al Maktoum, Crown Prince of Dubai, has been one of the first ones to test the deepest pool in the world. The temperature of the water is about thirty degrees, and its greatest attraction is the sunken city of Atlantis.

The buildings of the underwater metropolis are illuminated, with special sound effects for divers, and they can even play a game of billiards, a match of table football, or play arcade games in the deep. Deep Dive Dubai dreamers say the world’s largest underwater studio will lure thousands of filmmakers into the country to shoot their next box-office hit movies.

Fifty-six cameras in the pool monitor every move of the visitors taking care of their safety. The 14 million liters of water hide a sunken city with apartments, a parked car, and other things to explore, including various games, a pool table, and a chessboard in case someone wants to play underwater. You can check out other sports related Guinness World Records!