News >The End of MoPlay

Sorry to have to tell you, but Moplay is bust. So if you're a MoPlay customer whose still waiting for your money, then this story is just for you. As you well know, the company just gave a reason for stopping all withdrawals, “due to financial difficulties.” Of course you have every right to be mad, but that's not gonna let you get your hands on your funds. You can see the real picture of what's happening at the company thanks to the liquidator showing documents at the Gibraltar Supreme Court. 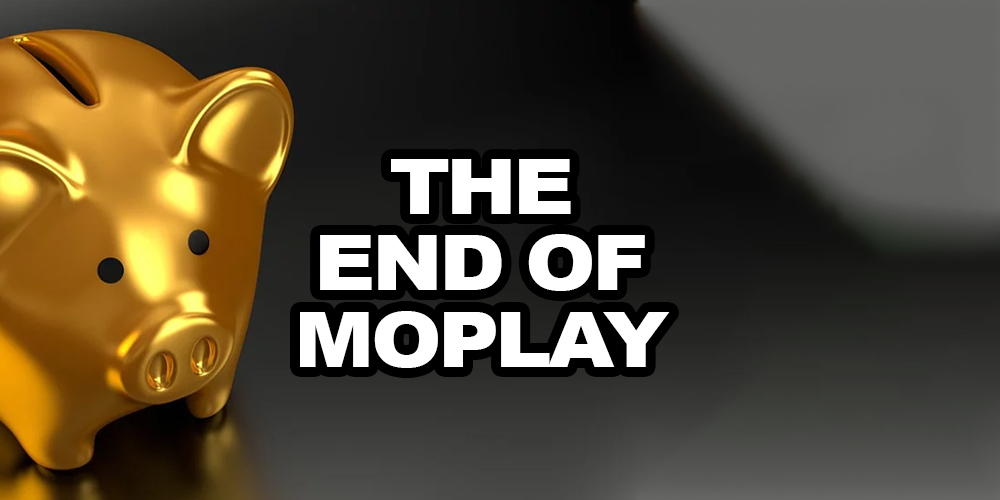 Sorry to have to tell you, but it’s the end of Moplay. So if you’re a MoPlay customer whose still waiting for your money, then this story is just for you. As you well know, the company just gave a reason for stopping all withdrawals, “due to financial difficulties.” Of course, you have every right to be mad, but that’s not gonna let you get your hands on your funds. You can see the real picture of what’s happening at the company thanks to the liquidator showing documents at the Gibraltar Supreme Court.

Introduction: The End of MoPlay

Prior to its launch in 2018, MoPlay there was a promise of a capital injection of £130 million in financial backing. Problem was, that only £60 million actually appeared. To that end, the company was unable to pay its liabilities. We know this from looking through the court documents yesterday. These are part of the liquidation process of Gibraltar-based Addison Global, which trades as MoPlay.

The Money Is Gone

Presently the company owes £2.4 million in back taxes and social security insurance to the Gibraltar government. It also has debts of £16.9 million to other creditors, according to online sportsbook news in the UK. No one knows if this latter figure includes the amounts due to waiting gamblers. But in truth, punters accounts are not going to be accessible, as the money will go to other creditors first. In case nobody told you, but in matters of insolvency, the customer always comes last. Because it’s the end of Moplay, then everyone will receive payment before you.

The End of MoPlay: A Trump Donor

The ultimate beneficiary of Addison Global is nonother than Trump donor, Roderick Aycox. He’s the owner of Atlanta-based Select Management Resources (SMR). Their modus operandi is to offer payday loans at ridiculous rates of interest. Typically it’s where a borrower can use his car as collateral for a high-interest loan. The company operates under various business names in the States, including LoanMax. The owner and his wife are spending millions of dollars towards lobbying the legislation to help advance the payday loan industry throughout the US.

Once Gibraltar’s Gambling Licensing Authority has become aware of the financial situation, they immediately suspended the company’s license. Realizing that Moplay is bust, the UK Gambling Commission quickly followed suit the next day. Then on Feb 22, MoPlay suddenly put a stop to all withdrawals with the “due to financial difficulties” message. To cover its ass, it points punters to “Clause 9” which says: “If there was ever a situation where we became insolvent, your funds would not be considered separate to the other company assets. You may not receive all your funds back.” Looks like your money has gone and your account is actually empty. And you didn’t even get a Manchester United football shirt! It’s a hard lesson, but you should always read the small print before you start to gamble. Safe and secure sites like Betsson have the same great features but are backed by a proper license.

Of course, there is no way the regulators can guarantee any punters receiving a penny of their funds. By law, operators are must keep gamblers funds separate, and not use them to run the company. These should be under the authority of an external auditor. Guess that wasn’t happening here. Regulations only require the operator to disclose what level of protection they might offer customers in the case of insolvency. In other words, no protection at all. Many of MoPlays customers are living in the UK. It goes without saying that they are livid that their own Gambling Commission. It appears to them as though nobody is taking this case seriously. They should move over to Betsson, as they have a stellar reputation, along with all the correct paperwork.

But for SMR, the failure of MoPlay is just one of any number of problems coming home to roost. They are presently facing a £12 million lawsuit form Manchester United. This is over missing payments as part of their sponsorship deal together. Back in August 2018, MoPlay became the “Official Betting Partner”, with SMR guaranteeing payments. But in early 2019, all payments stopped. If there’s anything to take away from this train wreck of a company, it’s to always read the terms and conditions. Understand them and any consequences that may arise. And most importantly,  how that might effect you personally in the long run. If you want sportsbooks with a reputation, then check out this list of online sportsbooks in the UK.

You can see more about Betsson Sportsbook here.