The Mayweather Pacquiao Bout: Round per Round Review (part1) 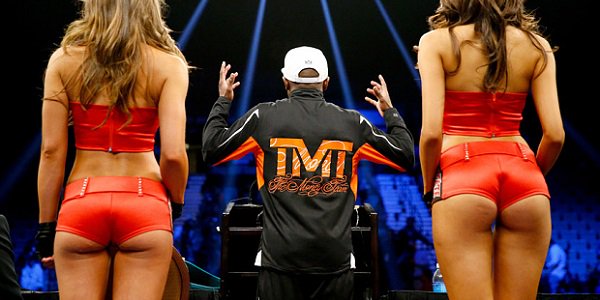 A closer look at the “Fight of the Century”

Manny Pacquiao waited six years for the bout that occurred on May 2nd. He wasn’t alone. Enthusiasts have discussed endlessly about what would incur in the “fight of the century. On his approach to the ring first, Pacquiao looked in good spirits and it seemed that many if not most in the crowd were behind him. If you looked at the smile and joy on Pacquiao’s face, you wouldn’t suspect he was headed into a fight.

• Mayweather gave a straight right to assert authority in the 1st round.
• Pacquiao launched a left that sent Mayweather back to the ropes in the 4th round.
• The commentators seemed to favor Mayweather throughout these rounds.

Well known in US gambling news, the match was to determine who will be the best pound-for-pound boxer on the planet. Mayweather chose to come out second to gain a bigger draw of the crowd, but it didn’t seem to work. For the first time, you could hear “boos” in the crowd. These two fighters have very different styles and expecting a lot of action might have been too much.

The first four rounds set the stage and started the show

Before the bell, it was announced the flood of money begin waged on Pacquiao for the win. Pacquiao went in quick to make contact. Mayweather made a lot of lateral movement. Mayweather gave a straight right to assert authority. Pacquiao didn’t strike as much as expected and was trying to get a feel for Mayweather. Pacquiao got some shots through and the round ended in a clinch in the corner.

In the second, Pacquiao lunged in with a left but missed. Getting more aggressive, Mayweather started to clinch Pacquiao to slow the pace and catch breath. After some pacing, the two went at it again resulting in a clinch. Pacquiao got Mayweather in a corner and started hitting on the inside. Mayweather started to hold Pacquiao’s head every time he comes in which was stopped by the referee.

The third round came out explosive with Pacquiao still being aggressive. A lot shot to the midsection by Mayweather creates a pause. Some more exchanges led to clinch. Every time Pacquiao releases a flurry on him, Mayweather holds. Midway Pacquiao sends one to Mayweather and kept closing in. The round gave a lot of fans and those betting on online sportsbooks in the US, some hope they could cash in on their wagers.

Pacquiao still has the aggression turned on in the fourth and starts to flurry on Mayweather in the corner. Mayweather starts to keep his gloves up more expecting the flurry to come at any moment. Pacquiao launched a left that sent Mayweather back to the ropes and started to light Mayweather with a strong flurry at 1.21 left. Pacquiao pressures more and is clearly dominant. Mayweather was as defensive as ever and neutralized some.

Rounds five and six start to show both fighters plateau

The fifth round started with the same fervor, but soon slowed a bit. The two felt each other some and then started to exchange jabs and moved. Mayweather soon became the aggressor leading with jabs and then holding Pacquiao. Mayweather knew he had to perform in this round. Mayweather moved throughout the ring more this round. During the last half of the round, the two kept space between them.

Pacquiao tried hard to break through in the sixth round by speeding up the tempo which made Mayweather uneasy. He goes towards the ropes and took several flurries of shots by Pacquiao which made Mayweather respond with a shaking of the head which meant “no.” Mayweather covered up through much of Pacquiao’s onslaught. Which I’m sure many in crowd, waging in the confines of US gambling laws, wanted.

The commentators seemed to favor Mayweather throughout these rounds. They openly expressed disappointment because they didn’t see Pacquiao go in and actively hit Mayweather. Pacquioa’s strategy was sound and he didn’t want to get himself in a situation where he would open himself up to Mayweather. It almost felt as though that’s what the commentators wanted in order to ensure their predictions for a Mayweather win.

Although there was much suggestion that Mayweather is slower than he used to be, he clearly was able to defensively keep Pacquiao “at bay” with his longer reach and lateral movement. This made much of Mayweather performance technically brilliant, but lackluster in all other things. He simply just wasn’t fighting enough and was able to get the maximum value for his few hits and Pacquiao the least value for his many hits.