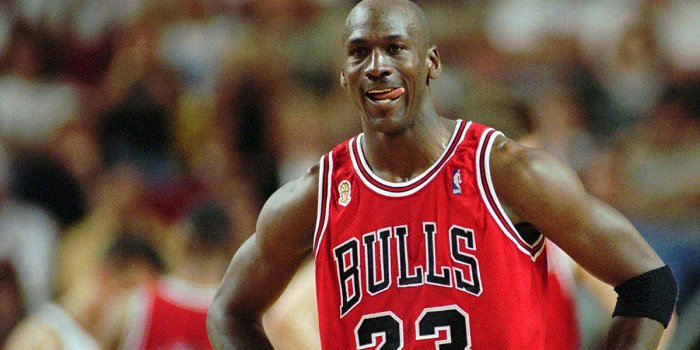 The NBA has, for most of its 68-year history, attempted to distance itself from gambling. There are of course times where the NBA can’t avoid addressing this activity of low repute. For instance, in the Donaghy scandal which resulted in a referee that was incarcerated for betting on games he officiated. The NBA had to face this challenge and loosen their policies against referees gambling on casino games to avoid pressures to bet.

• Jordan once bet his teammates that his bags will come off the conveyor belt first
• In 10 days Jordan lost USD 1.25 million to Richard Esquinas in golf fees
• Some believe Jordan’s first retirement was a NBA punishment for gambling

Another case in point is the basketball superstar Michael Jordan whose very name is American sport and US gambling news. His “Airness” has been a focal point in the league every since he entered it. Michael Jordan, not only has taken the sport to levels that surpass the mortal realm, but became the figure head of the sport. Unfortunately his gambling addiction is something that had to be tolerated by the NBA.

The Bulls were flying to a game in Portland. While they were at the baggage claim waiting for their bags, Jordan takes out a USD 100 bill and puts it on the conveyor belt. Of course his teammates looked at him like he was crazy. Jordan said I bet you my bags come out first. Well it seemed like a great opportunity for the rest of the players watching so nine other players agreed to the bet.

Apparently Michael Jordan was lucky with the Portland Airport

Amazingly enough, as they watched the bags come in on the belt, Jordan’s were the first.
Of course the teammates who lost the best didn’t know that before the players were at the baggage claim, Jordan paid the baggage handlers to put his bags on the conveyor belt first. Although Jordan didn’t make much from the bet, he was more interested in getting the best of his teammates as he cackled like a witch taking the money.

NFL cornerback and return punt specialist Adam “Pac-man” Jones has his own favorite Jordan story. One night in Las Vegas in 2007, Jordan had “the gambling bug” in him as he was seriously caught up in playing craps. This episode happens to correlate with the NBA All-Star weekend. Jordan was so focused on the game, he wouldn’t let anyone roll the dice. Jordan complied to US gambling laws as he legally lost over USD 5 million.

Unfortunately it got worse as Jones himself said he won USD 1 million at craps before Jordan took over the dice. Jordan might have thought he was getting in on Pacman’s luck, but Jordan might have “gotten off the hook” since Pac-man took USD 50,000 of his “lucky” winnings, went to a strip club with friends, got into a fight that led to a shooting and was suspended from the NFL for the rest of the year.

Well, he has earned the right to make a fool of himself without losing face

It is well known how much Jordan loves golf. So much that he once called Tiger Woods his only hero on the planet Earth. Unfortunately, Jordan is known by many to be a bad golfer. His reputation however doesn’t prevent him from making golf bets all the time. Jordan’s golf games inspired a book called “Michael and Me: Our Gambling Addiction….My Cry for Help!”

Author Richard Esquinas wrote about his golf games with his regular “golfing buddy” Jordan. In a 10-day golf tournament, Jordan lost USD 1.25 million to Esquinas in betting fees. Fortunately, after a serious comeback, Jordan was able to minimize his debt to USD 906,000. After Jordan expressed concern that his wife would find out about the debt, Esquinas lowered the amount to USD 300,000. If anyone gets the opportunity to put a wager on Jordan using online sportsbooks in the US, don’t.

In this tale, Jordan was in the middle of the 1993 NBA eastern conference finals. With the exception of Jordan, most players are focused only on basketball. The day before a big game with the New York Knicks, Jordan snuck out to gamble. Jordan not only went to Atlantic City to play blackjack at Bally’s Casino, but stayed did it until 2.30 am. When the Bull’s office found out about it, Jordan had plenty to hear about it.

Fortunately, Jordan had one of the most memorable series of his career against the Knicks. It was rumored that Jordan’s actions led to a league investigation into his gambling addiction. It has been speculated that Jordan’s first retirement was not his decision, but a punishment from the NBA for obsessive gambling. Far worse, were the ugly claims that the death of James Jordan, Michael’s father, was caused by mobsters who punished Jordan for unpaid gambling debt.