Beware Of The Most Annoying Gamblers 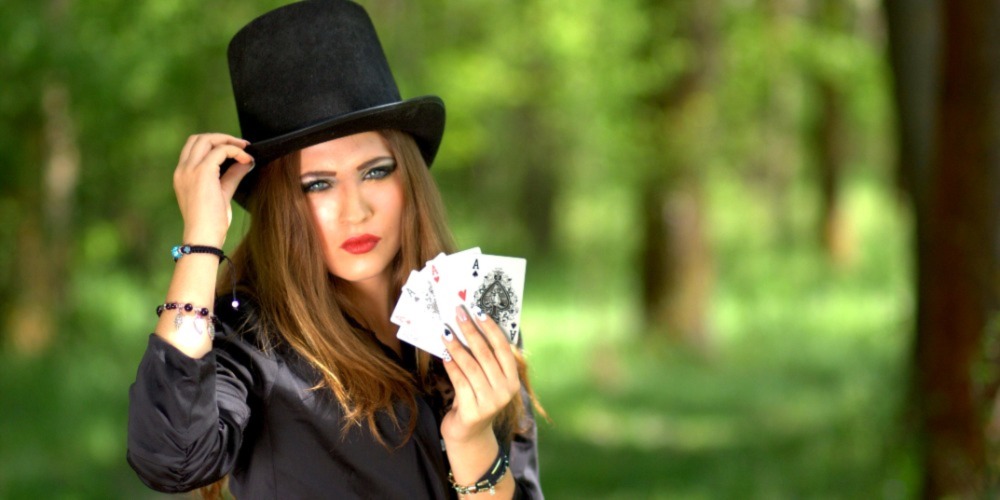 People are very different. So everyone judges annoying differently, but we can all agree that there are some people who we generally consider hard to tolerate. Casinos are the place where you can meet every type of person. Some are overly excited, aggressive, talk too much, don’t have manners, etc. The point is that they turn out to be the most annoying gamblers you have to ignore if you want to have a good time and focus on winning. Let’s see the types of these people!

The Difference Between Gamblers

The behavior of a player depends on various factors. Some are annoying by nature for sure, but there are occasions where casinos bring out the worst in people. If the stakes are high, or someone’s only chance is the casino to smooth over a financial problem, they tend to behave unpredictably. Let’s not forget the consumed alcohol, either. Many fall victim to these factors, but the most annoying gamblers are those who need no reason to be irritating. Let’s see the types who are maddening by nature!

The Most Annoying Gamblers – The Aggressive Gambler

We are not talking about aggressive or passive playing styles but the nature of the player. The aggressive players don’t care about manners or the other players. They are crude and provocative. You can either try to ignore them or go to another table. It is not worth getting into it with them since you might get to go out too. It happens more often than not that they don’t win at all, which makes them even angrier.

It is somewhat reassuring that the security crew keeps an eye on these characters and cuts them short quickly before they cause any trouble. If you want to keep away from the types listed below, check out online gambling sites in Germany!

One of the most annoying gambler types is who thinks they know everything. The irritating thing about them is that everyone around them knows that it is not the case. Of course, there is a psychology behind a behavior like this, but let’s keep it light. They want to be right all the time, which usually backfires, and they prove to be wrong. Ignoring them is difficult because they bring our egos to the forefront, making us want to put them in their place. If you cross paths with someone like that in a casino, mention it to a security member and ask for their advice or leave the table if you can’t tolerate them longer.

A too cheerful gambler can put you off just as much like a maniac, only in an entirely different way. Their enthusiasm seems to lessen the others’. Usually, their cheerfulness is coupled with loud chatter and laughter. There is a difference between enjoying the game and ENJOYING the game if you know what we mean.

They go overboard and draw too much attention to themselves, whether on purpose or involuntarily, it is quite an annoying feature. However, they are perhaps the easiest to ignore, and if you can see the humor in the situation, they can even be entertaining.

The Most Annoying Gamblers – The Obsessed

This is probably the type that puts you off the most. Their exaggerated enthusiasm and relentless ways somehow suck the general good mood out of the room, or at the very least, the table. They come off as a bit crazy, wanting to win, no matter what. As many only want to have fun, a manic player ruins the joy and rush of the gambling game. Their results can go either way.

Some stay so focused that they make the right choices, while others desperately want to win, causing them to lose the rounds. They are not dangerous but make it hard to enjoy the game. Check out our article about other crazy stories from the casinos!

The Most Annoying Gamblers – The Lucky ones

What can be more annoying than someone who always wins, seemingly effortlessly, while you give it your everything fruitlessly? Since we are jealous creatures, it is even more annoying if you notice that they are genuinely surprised and happy. Many lucky winners would have perished right at the table if looks could kill! Poor things do nothing wrong, yet the sore losers can’t stop the negative vibes radiating toward them. Try their technique, and don’t want to win so much. That might be the key to success!

Nothing ruins the mood more than a sore loser. They target the winners with rude comments and keep complaining. Jealousy does not look good on everyone. The best you can do is recognize their envy and either ignore their sad attempts at being testy or have a laugh at them while they are at making a fool out of themselves. If you are among the losers, try not to turn into one of the most annoying gamblers because not everyone can stand by wordlessly. You should also know that if the dealer or security receives complaints, they will warn, then walk you out, so better get over it.

The Spoiled Brats – The Most Annoying Gamblers

Spoiled brats are the people who are generally disliked everywhere, and the casinos are no exception. Nobody enjoys being around people who are full of themselves. This type likes to make others feel less worthy and come off as superior at the same time.

The sad thing is that, usually, they are shameless, and that confidence puts off those they target. This is a dangerous gambler category. Don’t let yourself be intimidated, and don’t get hurt by their words or condescending looks. You can steer clear of this type by gambling on online platforms like  Ignition Casino!

As you read our list, you probably realize how many annoying gamblers are out there. The next category is the Drama queens and kings. They have layers. Some are honest in their ways of drawing attention, but most try their hardest to become the center of attention which makes them one of the most annoying gamblers. They are melodramatic and constantly respond to every situation way too emotionally! It’s pretty easy to see through their games, which makes it hilarious. If you are not one to fall for the fake laugh, tears, or one person pity parties, you should have a great laugh at least! If you want to avoid emotional outbursts, check out online gambling sites in Germany and leave the drama to reality shows!

The Braggarts – The Most Annoying Gamblers

Well, usually, those who brag are outcasted pretty fast. There is a healthy way of bragging, and then there is the never-know-when-to-shut-up bragging. They are bugging the hell out of people with the talk of their successes, wealth, cars, houses, etc. There is a thing line between them and the know-it-alls. Since they have such fascinating achievements, they come off as smarty-pants you should listen to. After all, they made it to the top, so you should take their advice to heart. God help anybody who has to play close to one of the most annoying gamblers!

Similar to aggressive gamblers and sore losers, bullies try to make you lose your temper and calm. They are inconsiderate and don’t care about manners or emotions. Beware of them. After the shock of their verbal attack, try to calm down by acknowledging their strategy or feeling sorry for their nature. Please don’t fall victim to their superior act. They will try to get on your nerves and find your weaknesses. Since they do not know you personally, most likely, the bullies will try to use your looks against you. Whether it’s your outfit, glasses, scars, disfigurement, etc., don’t feel inferior. They will not play fair, and you need to remember that!

These people suffer from an incurable case of over-sharing. If you have a sense of humor, you will find them hilarious but not less annoying. They have no taboo topics. From the nasty details of their illness to the not at all funny family anecdotes, you will know everything about them, whether you asked or not, by the end of the round.

These people never shut up and what makes them one of the most annoying gamblers is that when they single you out, they will talk to you as if you have been friends for ages!

Talking about people as if you were close to them when you have not the faintest idea about what or who they are talking about. Try to find the funny side of the situation and question them about gambling-related subjects. That way you might discover helpful information! We don’t want to be unfair since some talkers are sweet in their way! For instance, an older man might talk about his past without being boisterous, just looking for company. If you want to avoid the most annoying gamblers, check out  Ignition Casino!

The Couples – The Most Annoying Gamblers

This is a big category. Couples can annoy you for very different reasons. They can be overly sweet to each other, not afraid of public display of affection, openly argue about everything, etc. Unless they are loud, this is the category of the most annoying gamblers to ignore. They are in their bubble of love or hate. If you are not after a painful breakup, you will find them more entertaining than anything. However, if they don’t care about their audience, things can get awkward and nasty quickly. Some don’t mind openly gauging their argument and find amusement in their show, but some will do their best to pretend as if nothing happens! Which group do you belong to?

Having fun is one thing, but always trying to be funny may backfire. If you are not a comedian, you might as well rein in the making jokes left and right! Probably the most annoying gamblers are those who keep pushing people by being funny. Some are natural at cracking the right jokes at the right time, but the quality is better than the quantity! The problem with this type is that their humor is far from amusing, and the more they tell, the more irritating they become.

Also, they do not know that they are annoying. The jokesters most likely think that if you don’t find their humor funny, you are the one with a problem. Therefore, there is nothing much you can do to make them understand where you are coming from! The best solution is to leave the table until they are there! Although, we have to admit that those who don’t even want to be funny leave the most memorable impression on the players and dealers. Check out our article about the weirdest things casino employees have ever seen!