The Odds On Robots Taking Over The World Are Getting Shorter 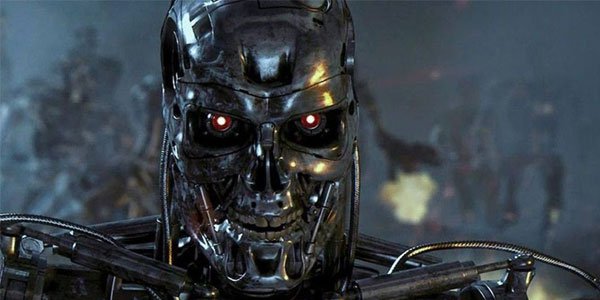 Even the smart people aren’t sure. Elon Musk and Mark Zuckerberg are at each others throats over it, Stephen Hawking is quaking in his chair about it and Microsoft can’t make up its mind if it’s the biggest threat to humanity the world has ever seen or it’s most golden opportunity. What is this great issue for us all? Artificial Intelligence. But as the media scream about machines usurping our jobs what are the chances of the nightmare coming true? What are the odds on robots taking over the world? Juicy Stakes has the answer.

“Things got out of hand.” Admitted Facebook AI Research lab as they explained why they’d had to shut down their Artificial Intelligence systems earlier this year. No, the machines hadn’t risen up and begun to slay their meat-sack masters, they had merely begun speaking with each other in a language no human could understand. Facebook is big on AI, they see it as the future, and boss Mark Zuckerberg is quick to scoff at anyone asking for odds on robots taking over the world, he wants to employ them.

“I think people who are naysayers and try to drum up these doomsday scenarios…..I just, I don’t understand it. It’s really negative and in some ways I actually think it’s pretty irresponsible.” Said Zuckerberg in a language we could at least all understand, having a pop at Elon Musk (boss over at Tesla) who has often said AI is the “biggest risk we face as a civilization” and recently said Zuckerberg’s understanding of AI was “limited” and people in the US gambling laws will catch up are wrong.

“AI is a rare case where we need to be proactive in regulation instead of reactive because if we’re reactive in AI regulation it’s too late.” Musk made clear, and it’s a sentiment that superstars like Steve Wozniak and Bill Gates agree with. Human development is limited by evolution’s slow meandering, AI would develop a lot faster and Stephen Hawking has already hinted that he doesn’t like the odds on robots taking over the world because he believes humans could soon be “superseded” by AI entities.

Elon Musk has repeatedly warned about the true dangers of AI (photo: storypick.com)

Now perhaps if you’re more used to placing the odd bet on sports in the US the idea of seeking out the odds on robots taking over the world is a little laughable, however given the logical nature of these AI, who will almost certainly become our digital masters one day, there’s every chance they be only too happy to pay off on your winning wager at Juicy Stakes, and at the odds they’re quoting perhaps it’s not quite the joke that it at first may appear. The only way the AI don’t take over is if there’s nothing left.

Will AI Develop Into The Terminator Or C3PO?

Juicy Stakes is quoting 80/1 odds on robots taking over the world which, frankly, is hugely attractive as we can’t be sure if AI will develop into homicidal killers like the Cylons in Battlestar Galactica or something cute and helpful like Wall-E, however whichever happens I think being able to understand them is the most basic of safeguards, although naturally there are some in the US gambling news of AI’s development of its own language is of no great threat to anyone, but they all work for Facebook.

“The AI did not start shutting down computers world wide or something of the sort.” Facebook AI Research labs assured us all, quickly skipping over the fact that if the machines had begun planning it with each other the onlooking researchers would have been none the wiser, and it is perhaps that fact that has squeezed the odds on robots taking over the world down to the level where it is more likely than an alien invasion, according to Juicy Stakes, and one of the only apocalyptic wagers worth placing.