The Ultimate Guide to Sumo – All You Ever Wanted to Know 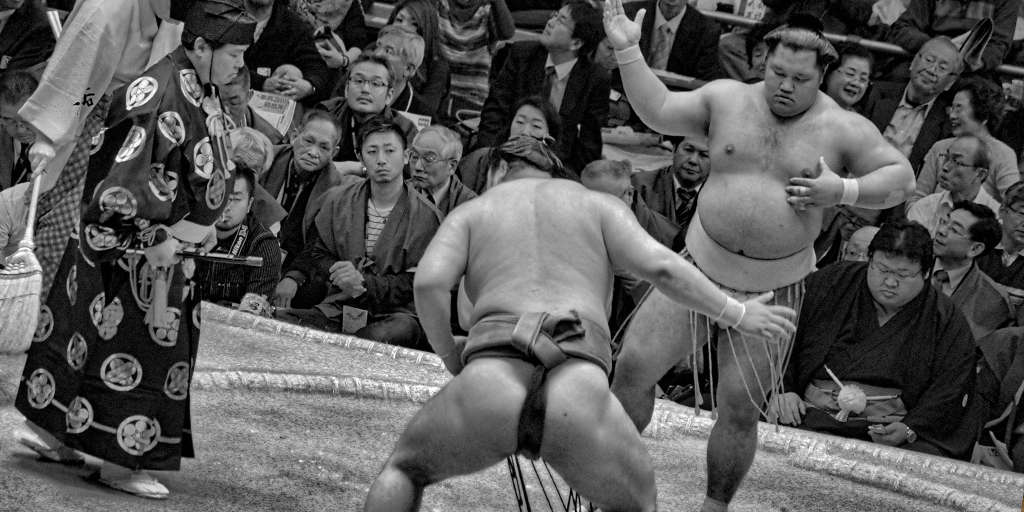 And more. Here is our comprehensive, all-in, ultimate guide to sumo. In this article, you will find everything about sumo that you ever wanted to know. And maybe even more. While the Haru Basho tournament is almost over there are many championships coming up in the future. Following online sportsbook news in the US, you can always find these and most of the time you can make bets on them through the 1xBET Sportsbook.

The sport has a great ritual and spiritual background and dates back to prehistorical times. Let’s collect the most important things about sumo.

There are many martial arts but one of the most interesting is definitely sumo. While the sport is emphasizing rituality and religion there is hardcore sportsmanship and tactical fight underlining the pageants. Sumo dates back to prehistorical times we can see wall paintings of a ritual dance that resembles sumo a lot. We know from the Kojiki manuscript that Japanese land possessions were decided by a wrestling match. The first mythological sumo fight dates back to 23 BC when Nomi no Sukune was fighting against Taima no Kuehaya. Until the middle ages, the sumo fight was not regulated and was often fought until death. From the middle ages was gaining more and more popularity and ceremonial and religious aspects were associated with it. The first time sumo was ruled was during the Heian period when Buddhism and Taoism had its most influence on Japanese culture.

In sumo, the wrestlers are called the rikishi. One wins the bout once his opponent is forced outside of the ring, the dohyo or his opponent touches the ground. However, there are many other rules such as the one who is not able to show up for the fight even due to an injury, loses automatically. The belt the rikishi wearing is called as the mawashi. The mawashi is made out of silk and surprisingly long, but we were writing about it in our interesting facts about sumo article.

The referees are usually entering the world of sumo as teenagers and working for the Sumo Association until their retirement. Just like sumo wrestlers, they have to climb a ladder of ranks. Standing in the ring in their colorful uniforms they are adding a lot to the visual part. It is said that a gyoji should have nice ankles as during their stance their ankles are being exposed.

The dohyo is the place where the wrestlers are colliding with each other.  It has a shape of a circle and its clay platform is covered by sand. Before every event, the ring attendants called the yobidashi are building a new dohyo.  The dohyo is made for three days using only traditional tools. The yobidashi is not getting bored after building the dohyo since they have many other tasks around the ring. Such as announcing the winners or the bases when some fighter is withdrawing from the match. On the roof, there are 4 flags representing the four seasons of the year. There is a green corner representing the Azure

Dragon of the east and the spring season. On three corners you can witness the Vermilion Bird of the south and summer. The white corner is ruled by the tiger of the West resembling the autumn season. At last, the Turtle of the North has the color black resembling winter.

Our ultimate guide to sumo wouldn’t be complete without mentioning some of the most famous wrestlers in the sport. While Nomi no Sukue is the ancestor of the sport, for today he is just a mythological character. However, there are many famous sumo wrestlers of today.

Chiyonofuji Mitsugu is definitely one of the greatest. While in sumo terms he wasn’t that big weighing 120 kgs (260 lb), he was compensating with his great technique. He was famous for his left-hand death grip which usually ended the fights. Chiyonofuji Mitsugu was setting the records for the most career victories and the most wins in the top makuuchi division. He had over a thousand victories during his 21 year-long professional career. After retiring from professional sumo wrestling he was running his own sumo stable until his death. He was holding the longest winning streak of 53 matches for over 22 years. In this video, you can see his victorious streak.

Konishiki the meat bomb – The ultimate guide to sumo: be huge

Just so you have some comparison to understand when I am saying that 120 kg (260 lb) is a small size here I present you Koishiki the meat bomb. He was born and raised in Hawaii and he had a weight of  287 kg (633 lb). Konishiki Yasokichi the Dump Truck, despite being the biggest sumo wrestler of all time never reached the most prestigious rank of yokozuna. First, he had the oshi-sumo style wich focusing on forcing out the enemy of the ring as fast as possible. However, after his knee problems he was relying on a more stable technique using his weight to worn out his opponents.

Taiho Koki is considered to be the greatest sumo wrestler of all time. He was the youngest yokozuna of all time. He succeeded to have this title in 1961 at the age of 21.  From 1960 to 1971 he was winning 32 tournaments which were a record until 2014. After retirement, he was working as a sumo coach. However, due to health problems he had limited success. His fighting style was yutso-sumo which favorizing throwing the opponent by the belt. Naturally, he was crazy about his training and was training with all the wrestlers who were achieving the professional division.

The ultimate guide to sumo wouldn’t be complete without the skinny sumo. Mainoumi Shuhei was first rejected by the sumo association since he didn’t meet the weight requirement. However, he managed to convince a doctor to inject silicon into his body. During the 90s he was one of the most popular sumo wrestlers due to his fighting appetite and taking up opponents who are almost double his size. His fighting style was very interesting and diverse. Mainoumi Shuhei was using over 30 techniques during his professional career. His tactics were including nekodamashi, when the wrestler is clapping his hands in front of the opponent’s face to distract them.