The Vegas of the Black Sea: Just How Likely are Crimean Casinos?

News >The Vegas of the Black Sea: Just How Likely are Crimean Casinos? 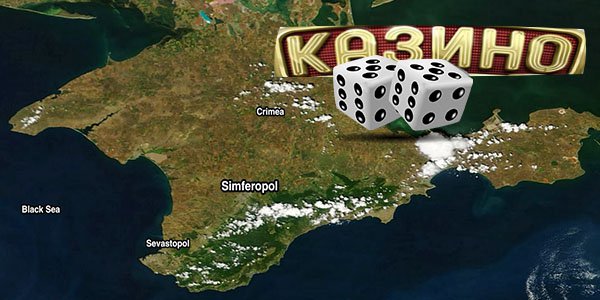 With the Russian government recognizing the Crimean peninsula as Russian territory, President Vladimir Putin hasn’t wasted any time in declaring his plans for the former tourist hot spot: gambling.

Indeed, the Russian premier has earmarked the Black Sea resort as the 5th gambling zone in the country after his changes to Russian gambling laws back in 2006 limited casinos to Kaliningrad Oblast, Krasnodar Krai, Altai Krai, and Primorsky Krai.

So, with the annexed peninsula looking set to join these 4 as a gambling zone, how likely is it that we will actually see casinos in Crimea?

The case of Azov City

The first thing to look at is the prevalence of casinos in Russia at the moment. In total, there is 1 casino in Russia. That’s right: just one, in Azov City. Despite the fact there are 3 other zones available in the country, none of them are anywhere near close enough to any major cities to be economically sound.

So, Russian gamblers are limited to playing in Azov City or leaving the confines of Mother Russia in pursuit of blackjack and other games.

So while the average Joe gambler has been left stranded – who fancies a 900 km round trip to your nearest casino – Russia high rollers have traveled to the world’s biggest gambling zones to get their fix. Not content with illegal online casinos in Russia, they travel to Monaco, Macau and Las Vegas, leaving behind their homeland.

In other words: the state of gambling in Russia leaves a lot to be desired.

Who will come, then?

So if Russians will not come to Crimea to gamble, who will? Well, far from setting the peninsula aside as a purely gambling resort a la Las Vegas or Macau, it seems that the Russia government merely sees casinos as a means to returning the resort to its former glories.

Indeed, Dimitry Kozak – Russia’s Deputy Prime Minister – has said that gambling will only be a supplementary form of income for the area, with tourism being the main focus. There are also plans afoot to turn the peninsula into a special economic zone and attract the next generation of companies to the area – perhaps even to launch their own mobile casinos.

• Kaliningrad Oblast is between Poland and Lithuania in North East Europe
• Krasnodar Krai is to the east of Crimea, north of Sochi and Georgia

• Altai Krai lies on the North East border of Kazakhstan

So, Crimea’s casinos could therefore be seen as just another attraction rather than the be all and end all. In fact, a nice parallel can be drawn with the plans in place for Primorsky Krai in Far Eastern Russia.

Here, the gambling zone is very close to mainland China, and it has always been the intention of the government to build a purely gambling hub. The idea is to attract the flocks of Chinese gamblers who have nowhere else to turn to. With East Asia gambling the fastest growing sector on the map, this seems a pretty sensible idea.

Crimea, on the other hand, has had none of that same rhetoric. It seems that the plan to make it a gambling zone has been jumped on by a press keen to paint a far from complimentary picture of Putin, whereby it was just another step towards giving the area some economic freedom.

So what forms of gambling will there be?

While there are already 4 gambling zones in Russia, there is only one casino. Meanwhile, there isn’t a single legal online sportsbook in Russia, nor an online casino, bingo hall or poker room, never mind mobile. So what forms of gambling can you realistically expect to find in Crimea?

Well, considering the focus on general tourism rather than casino tourism, it’s likely that the games on offer will be fun and accessible. The likely direction is to give visitors the opportunity to play a wide variety of table games and slot machines. There is also the possibility of offering punters the chance to bet on sports in Russia.

Indeed, there is probably an appetite for pretty much any form of gambling, but the feel of the area is likely to be more akin to Caribbean casinos than US ones: beach resorts with airy casinos attached.

Indeed, just remember what the Crimea used to be. As a very popular destination for Russian tourists, the peninsula was booming in the 19th and 20th Centuries, with much of that gone to ruin in the years to come.

With an almost tropical climate on the south coast, it could still be a popular tourist destination, and casinos could be seen as just another feather in its cap. If, that is, they can sort out some more pressing problems.

Does it really belong to Russia?

The main problem with casinos in Crimea is the issue of sovereignty. While Russia has laid claim to the peninsula after a referendum on joining Russia resulted in a 96.77% yes vote, the issue is still a delicate one.

The Ukraine, EU, UN and US have all declared that referendum invalid, however, and have imposed sanctions on Russia over the dispute. With many international diplomats, politicians and political scientists airing conflicting views on the matter, this doesn’t look like something that will go away quickly.

So any plans to turn Crimea into a tourist hotspot will surely hit the rocks sooner rather than later, rendering the whole exercise of making it a gambling zone something of a waste of time.

So, while Russia may want to construct a casino in Crimea, it seems unlikely that any such move could happen any time in the near future. I’d keep your eyes peeled, though, as this is a story that isn’t likely to go away any time soon.