The Western Conference Finals: A review of Game Five 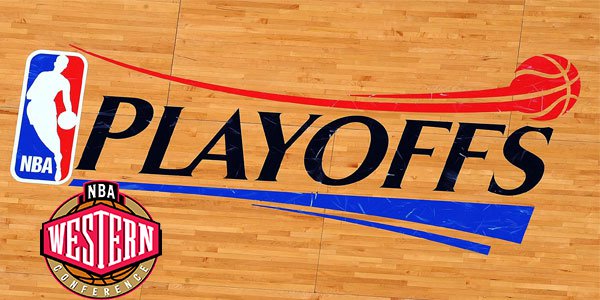 The Warriors will return to the NBA finals for the first time in 40 years.

It isn’t U.S gambling news that betting on James Harden can at times be a gamble. He’s never been known for consistency, just incredible scoring ability. It would defy any punter or fan to imagine that coming of a 45-point game, Harden would have the worst performance of the whole year. It’s one thing to make only 2 shots in 45 minutes, but to allowing Klay Thompson to score 20 points is another matter.

• Harden would have the worst performance of the whole year
• Stephen Curry, coming off a head injury, had 26 points and eight rebounds
• Golden State Warriors had 13-2 run leading at the half by eight points

Even though Harden and his beard may count as two people, one man doesn’t lose or win a game. Stephen Curry, coming off a head injury, had 26 points and eight rebounds. In addition, there was help form Harrison Barnes as well. The Golden State Warriors will go to the NBA finals for the first time in 40 years to take on Lebron James and the Cleveland Cavaliers.

Similar to their game 3 victory, Golden State took advantage of the poor Rockets shooting. Harden wasn’t the only poor shooter for Houston as the team shot collectively 35%. Despite the numbers, the Rockets had a decent chance to win this game. The Warriors got off to a slow first quarter start and the Rockets weren’t shooting well enough to take advantage of it.

The second quarter however was a different story when the Warriors started to warm up.
The Warriors were forced to miss 21 out of 27 shots including seven out of eight three pointers. The Rockets still could’ve made the lead further as the Warriors had seven turnovers. Since Harden had five turnovers alone, he helped the Warriors stay in the game and get ahead by the end of the first half.

Unfortunately Howard couldn’t manage to get into a groove with his post ups. Klay Thompson was able to finally heat up an sank in three 3-pointers which became the catalyst of Golden State’s 13-2 run. At that point the game looked as though it had hope as both teams elevated their play. Josh Smith was able two ace a pair of 3-pointers while Howard made a statement with a two-handed slam.

Golden State was able to hold on to the eight point lead they built up at the half. Thompson, who put in the first five points for the Warriors in the third quarter, picked up his fourth foul. Coach Kerr couldn’t change for a sub so Thompson stayed in the game until he picked up a fifth foul two possessions later. Thompson and his hot hand would have to sit down for the remainder of the game.

Meanwhile the Rockets got scoring opportunities from going to the free throw line. Unfortunately it was Smith who couldn’t take advantage on his attempts. The Warriors were making their own array of turnovers. Even Stephen Curry was missing otherwise open shots. It seemed as though this game became more of a contest to see who could get out of their funk first. That would be Golden State.

Getting tighter on defense was probably the best thing Golden State could do because it caused the Rockets to turn over the ball giving opportunities to players such as Curry who exploded and gave more assurance to those waging within U.S gambling laws. Jason Terry’s ten points kept the Rockets in the game at the end of the third quarter. Houston was able to reduce their nine-point deficit down to six. An injury to Thompson’s ear, via a knee to the head, put Thompson out of the game.

With any good team, including Golden State, when one player is down another one can come in to take their place. Barnes was able to score nine consecutive points extending the Warriors lead to 15 points. Although Brewer led a surge of his own, the Rockets couldn’t disrupt the Warriors game. Harden, with 13 turnovers said “tried to do a little bit too much and turned the ball over and gave them easy baskets in transition. This isn’t where we wanted to end at. Next year we want to be better and we will.”