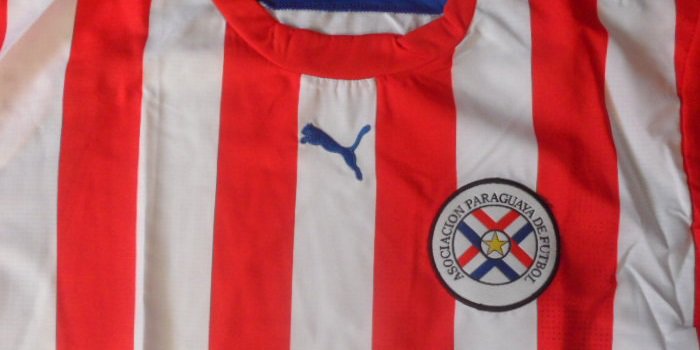 In our series presenting the teams of the Copa America, we discuss now Paraguay, the great friends of punters betting on football matches around the world.

Though neutral football enthusiast might consider them as their enemies, Paraguay are real friends of those who are into internet betting in the US.

• Bet on draws!
• Paraguay to advance from Group B
• Another final would be a surprise

The side that delivers stalemates consistently has missed out on the World Cup last time, but they were present in the 2010 edition of the tournament and of course the 2011 Copa America, to give a hard time to all of their opponents. Their experienced squad can be able to advance from the group, maybe even ahead of Uruguay, though it is not expected from them to perform another run to the final as they did four years ago in Argentina.

Draws are sometimes unexciting for football fans, especially goalless draws, however anyone who bet on sports in the US could make good money on them. A tie always pays well and it is quite common in soccer, particularly in the matches involving Paraguay. Football’s South American executioners have a real affection for draws, as their main target is always to avoid defeat, never to beat the opponent.

Four years ago, they slouched until the final of the Copa with six draws. After all of their group stage games ended in a stalemate, they have won their three knockout phase matches in a penalty shootout, only to be defeated by Uruguay 3-0 in the final. They achieved something similar in the World Cup five years ago drawing three of their five matches. This means that eight of their last eleven matches at major tournaments ended in a tie, with football aficionados being spared from their unbearable games for the last year’s World Cup, as La Albirroja did not survive the qualification.

Chances in Group B

Considering their capability to castrate football games, Paraguay is naturally able to make it hard for their opponents in Group B. Though qualification could be in the balance, their last group stage game against Uruguay looks like a definite draw in advance. Especially with Luis Suarez still banned from international football and with Diego Forlan having been retired, Celeste will seriously lack finishing with Edinson Cavani being their only experienced goal scorer. That certainly calls for a draw, 0-0 and 1-1 would be the most likely outcomes according to online sportsbooks in the US.

With considerable attacking talent in the squad including team captain Roque Santa Cruz, Nelson Haedo Valdez and Lucas Barrios, Paraguay is able to score against any defense. Regarding this, they will have a shot at salvaging a point from their game against Copa America favorites Argentina. Though they will be clear underdogs, a tie will pay so well that it might worth to risk some money on it.

Even though they tend to act comfortably in the group stages, they have to beat Jamaica, if they fancy an advance to the knockout phase. Favoring Paraguayan fans and neutrals too, this will be their first match, so at least some attacking football and a couple of goals can be expected from La Labirroja. All in all it looks like they can race with Uruguay for the second place in Group B, and even if coming third, picking up three or four points would almost certainly grant a place in the knockout phase. They are eighth favorites to win the Copa, so they are not the team to pick as champions, but a couple of upsets are always in the reach of their experienced team.

Paraguay won the Copa in 1953 and 1979 previously, with the latter coming after a fashionable draw, of course. Their biggest achievement since was reaching the final in the last edition of the Copa in 2011, where they were dispatched by a Uruguay side led by Suarez who broke the deadlock in the 11th minute and Forlan who scored a double to set the 3-0 scoreline.

Paraguay carrying out another successful run to the final would be a huge surprise. They expected to survive the group stage than go out against Chile or Brazil in a tight game in the first round of the knockout phase. Failing to make it into the playoff stage could bring the end of this generation, with many players in the squad being around or over 30 and probably preparing for their last Copa America appearance.

Read more about how to bet on the Copa America
here

An extensive betting guide to the Copa America