The Worst Eleven in the History of Real Madrid – Part 2, Midfielders & Attackers

News >The Worst Eleven in the History of Real Madrid – Part 2, Midfielders & Attackers 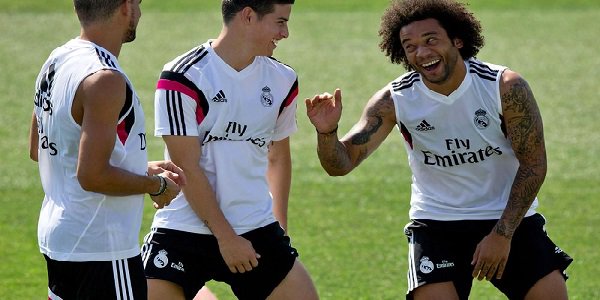 In the first episode, we introduced the worst defenders and the goalkeeper in the history of Real Madrid, while this part will say more about attackers and midfielders.

In the first episode of this article, we introduced 5 of the worst players from the history of Real Madrid – 1 goalkeeper and 4 defenders. In this part, we will continue with presenting 6 more awful players who have played for one of the most prestigious clubs in the world.

Nobody understood what these players were doing in a club like Real Madrid, yet they managed to play for them, some of them even made it to the starting line-up. Various mobile betting sites agree on one thing: the following players were not good enough to play for a club like the Royal Club.

Lassana Diarra, Fernando Gago and Julien Faubert would form the midfield of this imaginary Real Madrid

Galacticos have not always been full of the best players in the world. They always tried to attract the best ones to play for them, however the club had quite a poor era after the downfall of Florentino Perez’s first mandate. Ramón Calderón become team president and he continued the work of his predecessor: destroyed Real Madrid. He tried to break the Royal habit of purchasing at least one great football star every year – Instead, he tried to build a team that knows how to fight. However, during his reign the club won only 2 cups – The Liga BBVA both times, but failed to reach the quarter-finals in the Champions League for 6 years.

One of the most interesting transfers he has ever made was the transfer of Frenchman Julien Faubert. He started his career at AS Cannes, but signed for Bordeaux where he played impressively and was a key member. West Ham United signed him for GBP 6,1 million but he failed to make a good impress in the Premier League due to his constant injuries. However, Real Madrid needed a winger in the January transfer window because of too many injuries and together with Julien Faubert, they signed Klaas-Jan Huntelaar and Lassana Diarra. Signing these two together perfectly described Real Madrid’s presidential policy at the time as only one of them was allowed to play in the Champions League.

Julien Faubert, the French midfielder, has played only 2 matches at Real Madrid. The coach complained that he is not working hard enough, and he was seen many times smoking cigarettes. In addition, he looked obese, which is quite interesting from a professional football player. At the end of the season, he returned to West Ham and then was sold to Turkish club Elazigspor. The club also signed Lassana Diarra from Portsmouth. The player has played for and failed at Chelsea and Arsenal, but was important player of the mid-table team, according to UK gambling news. He played great in his first half-season, but after that his performances kept declining.

Later on, he was asked to leave Real Madrid several times, but he insisted on staying at Los Blancos until his contract expires and leave them for free, so he can get higher salary from his future club. Eventually he left for Anja Mahachkala in 2012 on a free transfer. But the Royal Club also signed Fernando Gago who was supposed to be the new Redondo. Although he played well in his first season and seemed to be a talented player, he also dropped form after a while and he was first loaned out for Roma, then sold.

Nicolas Anelka, Javier Saviola and Roberto Soldado all failed among the Galacticos

Attacking players were not too much better that the midfielder either during Ramon Calderon’s mandate. They signed Javier Saviola on a free transfer from FC Barcelona but the Argentinian striker was not too much of a help for the Royal Team. He played only 17 games and scored only 4 goals, before being sold to Benfica. Roberto Soldado also was also brought up to the first team from Real Madrid Castilla. He was a talented player who scored 64 goals in the lower leagues in Spain. Yet he did not manage to prove his quality among the best players as he managet to put the ball in the net only 4 times in 27 games at Real Madrid.

He was sent out on loan for Osasuna and then was sold to Getafe for EUR 4 million. But Real Madrid also had strange players during earlier times. Nicolas Anelka was regarded as a great talent as he was key member of Arsene Wenger’s Arsenal. Los Blancos bought him for GBP 22.3 million but there were many problems with him. Online gambling sites in Spain reported that he refused to train. He was sold to Paris Saint-Germain just at the end of his first season at Real Madrid.