The Zen of Sledging in Cricket

News >The Zen of Sledging in Cricket 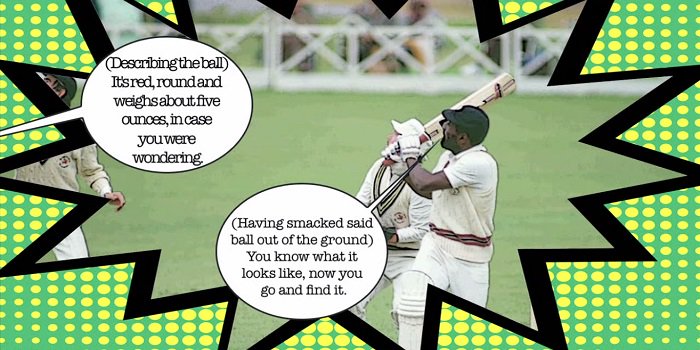 A look at the English version of trash talking.

In UK gambling news, The Ashes have arrived. The five-test cricket match is played between England and Australia every seven years. The next seven week of play will have its ups and down, particularly between the wickets. Since the Australians won the last time, they are the current hosts. Dating back to 1882, each team competes for the right to hold the crystalline trophy that is 11 cm.

Prior to this series, Australia was ahead in overall standings. Since they were the first to win the cricket test match in the 19th century, the rivalry is heated. Like their American counterparts have displayed in sports like basketball, the English and Australians have their own form of “trash talking.” The term “sledging” refers to insulting language that’s intended to gain a psychological advantage of one team over the other.

Out of heated rivalries sledging was born

Barbecue ribs must be part of the training programme

This year’s Ashes have a focus on the relationship between the teams on the pitch. Unlike the previous play by New Zealand’s team that proved to be a pristine example of positive play capturing the beauty of fellowship through sport, England and Australia have an ancient rivalry that has often surpassed proper pleasantries. In short, these two groups “have it out for each other.”

Australian team caption Michael Clark, in a recent interview, made some comments regarding the competition with Australia. “It’s how we play our best and it’s a big part of the Australian way, but you also need to keep in mind that there is a line you can’t cross. Both teams might ‘headbutt’ that line but I am confident we will not overstep the mark, and that the series will be played in the right spirit.”

Clark’s well calibrated words are a far cry from what he uttered to James Anderson, the pace bowler for England, in the last Ashes event. The words “get ready for a f*cking broken arm” might be a bit more than just “sitting” or “headbutting” the line. More accurately, those words were in fact sledging. Sledging or art of “talking trash” is meant to deter opponents and gain a psychological advantage. Nevertheless, it’s uncertain if punters can take advantage of sledges in mobile betting.

The old form of gamesmanship tends to use emotions to coerce the opponent to make mistakes in their play. Though intended to be light in nature, often sledging can reach gladiator level proportions between teams. One famous sledge included Australia’s Shane Warne and South Africa’s Daryl Cullinan. Warne said “I’ve been waiting for two years to have another go at you” and Cullinan responded “looks like you spent it eating.”

A look into the effectiveness of sledging

Sledging can be therapeutic about marriage problems, too

An interview was made to research emotional interactions between cricket opponents, using a select group of players from the county championship league in England. Among the players were top batsmen, bowler a wicket keeper and an all-rounder who had a minimum of two years experience at an elite professional level. These players have experience in emotionally-charges interactions with opponents.

The players in the interview, coming from countries including Australia, South Africa, Trinidad and Tobago and the UK, were asked these questions to gain insight into sledging. Using the Linguistic Inquiry and Word Count Software, participants spoke about using sledging as a distraction. A player who is in their form is a target for other players who feel the need to upset their rhythm. Sledging coerces the batsmen to play outside of their comfort zone and give them something else to think about.

Other cricket fielders claimed that sledging can be used to affect parts of a player’s game that might not be noticed. “He’s in the zone; I do it to take his mind off what he’s doing and concentrate on other things which will leave things unnoticed in his technique.” Sledging also intimidates the batsmen by encouraging teammates to play aggressively. Sometimes comments like “smash his face or hit him in the throat” are common. Comments can also directly to the batsmen such as “I’m gonna take off your head.”

Some batsmen claimed to be encouraged by the negative comments in order to try to “prove them wrong.” Another batsman said they get a “heightened sense of awareness” from the opponents sledging. This contributes to technique known as “gardening” which involves re-focusing, slowing the tempo and restore breathing. “Resisting”, which is returning the comments with humor, is also practiced. Even if it makes more interesting gambling news, some players also said there was a line that shouldn’t be crossed such as “bringing home life” into cricket.