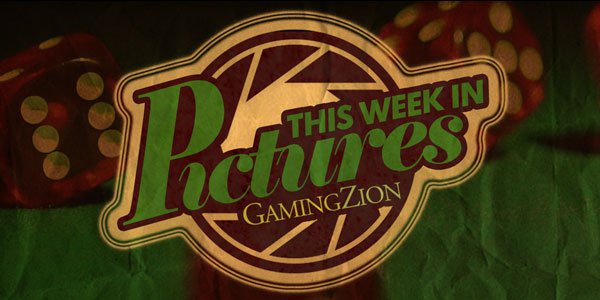 There were a whole plethora of big news stories that broke around the world last week so we take a moment to look back over some of the most salient.

In Hannover, Germany, over 50,000 people were evacuated last week as bomb disposal experts moved in to disarm munitions left over from the Second World War. The three bombs were dropped on the city by the British during the conflict seventy years ago and the mass evacuation was necessary to ensure public safety. Seven care homes, a clinic and Continental tyre plant were all cleared whilst the experts made the devices safe, discovering two more objects thought to be bombs were just scrap metal.

In Nigeria Islamist militants freed 82 of the schoolgirls kidnapped from Chibok in 2014 in return for the freedom of five of their jailed members. Of the 276 girls taken over 100 still remain missing and negotiations for their release is ongoing with a prisoner exchange now seemingly the blueprint for progress. The 82 freed girls now in the capital Abuja met Muhammadu Buhari the Nigerian President. “I cannot express in a few words how happy I am to welcome our dear girls back to freedom.” He said.

In France the nation went to the polls last week in the second round of their Presidential Election that pitted the political new-comer Emmanual Macron of the En Marche party against old-hand on the far-right Marine Le Pen of the National Front. The result was a decisive victory for Mr Macron who got over 66% of the vote becoming, at just 39, the youngest leader of France since Napoleon and the first President to come from outside the two traditional main parties in French politics since 1958.

In sport trainer Todd Pletcher came up trumps as his horse Always Dreaming under jockey John Velazquez romped home to a great win in the Kentucky Derby last week making some 5/1 punters very happy with their bets on this famous horse race, but will they be as lucky with the results of the Preakness Stakes later this month? You’ll have to read our daily news pages to find out, but in the meantime here’s a look back at some of the big news stories we covered over the last seven days.

1. We took a look at the best site to bet on MMA in Germany, and listed a few wagers available right now.

You won’t believe some of the things you can bet on Donald Trump doing in office (photo: forbes.com)

3. We listed the current betting odds for the winner of the 2017 NBA Championship.

If you love the NBA, you have to check out the odds for the Championship (photo: reference.com)

4. Want to play progressive Baccarat? Here we broke down how and where you can.

Online baccarat is becoming one of the most popular forms of gambling (photo: GamingZion.com)

5. GamingZion took a look back at some of the most famous forms of gambling in medieval China.

Gambling has been part of Chinese culture for thousands of years (photo: history.com)

Will you be the next to win a massive cash jackpot playing online slots? (photo: omnislots.com)

7. We discussed Marco Russ’ story, the professional footballer who managed to beat cancer.

Russ is one of the most inspirational players in football today (photo: espnfc.com)

Meanwhile in the United States a child celebrating May 4th, traditionally “Star Wars Day” for the dates approximation of the Jedi blessing “May the force be with you”, caused an armed response at a school in Green Bay, Wisconsin, last week. A parent, seeing the child dressed as Darth Vader from the movie franchise reported him to the authorities as wearing body-armor causing the entire school to be put on lockdown. Police report the child will not be punished, they don’t mention if the stupid parent will be.