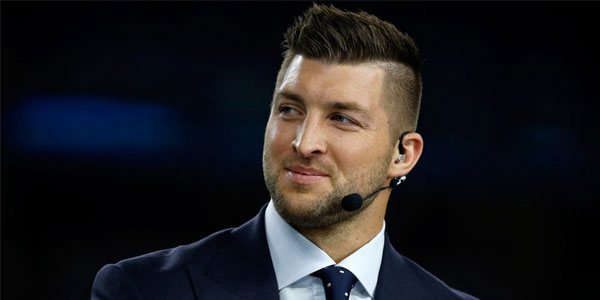 You read that right. In one week, Tim Tebow joins the MLB tryout for interested teams in an attempt to be one of only a handful of athletes to play major professional football and baseball.

It’s been an interesting couple of years for Tim Tebow. His potential seemed limitless during his college career at the University of Florida. He became the first person in history to win the Heisman Trophy as a sophomore and led the Southeastern Conference’s all-time records in both passing efficiency and total rushing touchdowns. Tebow was eventually chosen in the first round of the 2010 NFL Draft by the Denver Broncos.

Tebow had mixed results during his time in Denver, but there was no doubt he the star of the team. His jersey sales were the highest of the 2010 season, despite spending many games as a backup quarterback. He played much more in 2011, starting the season off with a number of come-from-behind victories, but ultimately ended the season with the lowest passing percentage in the NFL.

Tim Tebow was then traded to the New York Jets, but spent much of the 2013 season as a backup for Mark Sanchez. The jets struggled to find success, and Tebow was once again traded, this time to the New England Patriots. Tebow was eventually released in August of 2014, and was picked up by the Philadelphia Eagles but was released after the 4th preseason game.

Many fans and analysts questioned what would be next for Tebow. In early August, he answered those questions and made US gambling news by announcing his intention to play professional baseball. Tim Tebow joins the MLB tryouts next week in an attempt to impress MLB scouts.

Which MLB Teams Could Pick up Tebow?

Speculation is high over whether it’s actually possible that Tim Tebow joins the MLB. He has not played competitive baseball since his junior year in high school. It should be noted that a number of college scouts were interested in Tebow back then, but he ultimately chose football.

It will be interesting to see how the former quarterback fares on the baseball field. GTbets have released their betting lines to win the 2016 World Series, and we at GamingZion have discussed whether the Chicago Cubs will break the curse this year.

The Cubs are favored to win this year with odds of +250. The Washington Nationals are not far behind at +425. The Cleveland Indians and San Francisco Giants are also expected to have a great season, with odds of +700 and +750, respectively.

Do you think it’s possible that Tim Tebow joins the MLB in 2016? Will he ever resume his NFL career? Leave your comments below, and make sure to check out GamingZion’s online sportsbooks in the US to find a full list of the best websites for betting on baseball!