Greyhound Racing Goes To The Dogs In London

News >Greyhound Racing Goes To The Dogs In London 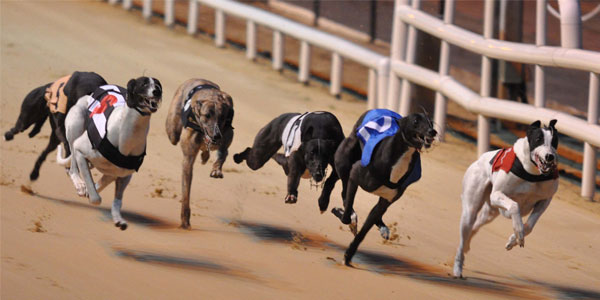 The last greyhound racing track in London faces closure as the Mayor hands back control of the decision on site development to Merton Council who intend to see the local football club supplant this aging sport that has dwindling fans and an awful reputation. With fewer and fewer ticket sales and better things to wager on at Bet365 is this the final death knell for greyhound racing?

With UK gambling laws allowing betting on just about everything there’s plenty of room for an evolution within the field, and indeed as new areas of public interest arise, be they sporting or otherwise, on which people would prefer to bet it is only natural that some of the older forms of gambling pass by the wayside. One of the most rapidly receding in the UK is greyhound racing which has lost favor with the gambling public at sites like Bet365 and now faces an ignominious end.

Between 2000 and 2012 yearly greyhound racing ticket sales dropped 58% and not just because there are better things to and wager on than dogs running, but because whilst racing dogs might well be part of the fabric of the nation, a colorful note on the tapestry of the country’s history, it still involves a degree of cruelty that people these days simply aren’t willing to lend their support to. The publicity surrounding the execution of dogs deeded too slow or too old was so appalling the already steep decline became an off-the-cliff plunge.

At the end of the Second World War some 50 million people went to the dogs, fifteen years later that had dropped by two thirds, and by the early 1990s there were barely four million fans, a number which has reputedly dropped to less than a million in 2013. This has been reflected in the number of tracks falling over the years, and this has been nowhere more evident than in the nation’s capital, London, where famous greyhound racing tracks at Wembley, West Ham and Hackney all went, leaving just one left, Wimbledon.

Wimbledon stadium is the last greyhound racing track in the UK

Of course if you’re in the UK gambling news about greyhound racing would be good, forget it, this is the slow death of a sport long overdue for demise, and the Mayor of London, Sadiq Khan has ensured that, in the nation’s capital at least, its all over bar the funeral. The handing back of a decision over the Plough Lane site’s developmental future to the local council, something previous Mayor Boris Johnson had removed, means that the last dog track in London will likely become the new home of AFC Wimbledon.

AFC Wimbledon To Take Up Residence After Development

AFC Wimbledon, the club set up after Wimbledon FC were moved to Milton Keynes and rebranded the MK Dons because they needed an all-seater stadium in a hurry, will return from Kingston-upon-Thames to the heart of their fan base. The side, promoted six times in thirteen seasons (a super wager in League One at Bet365), will take up residence at the greyhound racing ground hand in hand with a development of the surrounding area that Sadiq Khan has said will be “of great benefit to Londoners and the wider community for generations to come.”

Naturally not everyone is pleased that greyhound racing is being forced out, citing its long and illustrious history and pointing to the efforts it has made to clean up its act in recent years, but these campaigners ignore the fact that there simply isn’t an audience anymore and that if you like to bet on sports in the UK at Bet365 or wherever these days the chances are you won’t be putting money on the dogs. Evolution can be a cruel mistress, and ironically it is the sport and not just the poor enslaved animals that is now to be put down. It won’t be missed.