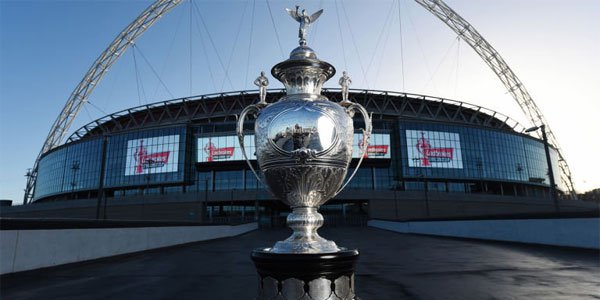 After a long hard road the teams have finally whittled themselves down to the final two and we get to find out who’ll be the winner of Rugby Leagues most prestigious trophy this weekend, but if you’re going to bet on the Challenge Cup final which of these two power-house teams should you be backing?

The Challenge Cup has a long and illustrious history dating back to 1896 and has been held each year save those of First World War and some of the Second World War. The brevity of those breaks, particularly when it was begun again in 1941 despite the on-going conflict speak as to the popularity of the event and you can bet on the Challenge Cup final of 2016 being a worthy successor to the games that have graced the competition down the years. But which side is going to take the trophy home?

If you’re going to take advantage of the extremely liberal UK gambling laws there are few greater climatic games than the one at Wembley this weekend, and the 86 teams, which these days includes teams from Canada and France too, that have been pushed aside by the two finalists will, with a world wide TV audience look on as Hull and Warrington battle it out, and if you want to bet on the Challenge Cup final now’s the time to grab some odds at Bet365 and put your money where your instincts lie.

Hull Or Warrington? The Choice Is Yours.

Hull’s coach, Lee Radford, has admitted to finding choosing a side for Wembley rather difficult for someone who during his playing career was on the other side of the admin fence. “It’s one of the most difficult conversations I’ve ever had to have with a player. I tried to be as straight and honest with them as I could be here.” Continuing of those left out of the side, “I told them individually and tried to give them my reasons.” You can bet on the Challenge Cup final being one of the matches no one wanted to miss out on.

Tony Smith over at Warrington has much the same problem with a whole host of talent and only so many slots on the field and with a slight down still remaining over Joe Westerman because of his ankle injury from the game against Castleford, he’s admitted “I’ve had some sleepless nights.” Perhaps because George King nearly missed out after his dangerous tackling charge, but he copped a plea and plays, and perhaps that means if you’re going to bet on sports in the UK this weekend a bet on the Challenge Cup final will be the wager for you.

Bet On The Challenge Cup Final At Bet365

Interestingly the referee the RFL announced will be a part-timer who works at the Sellafield nuclear reprocessing plant (formerly known as Windscale) and Mr. Gareth Hewer has said that “To be picked is an absolute honor.” Although with it likely to be a very emotionally charged game, you can always bet on the Challenge Cup final to be hard fought, he could soon wish he was back in Cumbria specially with last year’s ref, Ben Thaler, looking on as the video referee this time round. No pressure, Gary.

Leon Pryce will be a key player for Hull in the finals (photo: skysports.com)

As far as the odds go Bet365 have Hull as clear favorites on just 21/20 due to their crushing recent performances that saw them hammer their way into the final, but Warrington are close behind at 5/6, which is a fair assessment given their performances, although if Joe doesn’t make it onto the team, they could drift a little, and a draw? That’s 20/1 for all those of you that want to bet on the Challenge Cup final and can’t pick a winner, although if I were in the UK gambling news on Monday will be of a draw (causing a replay elsewhere) might seem an attractive, if optimistic, bet on the Challenge Cup final.