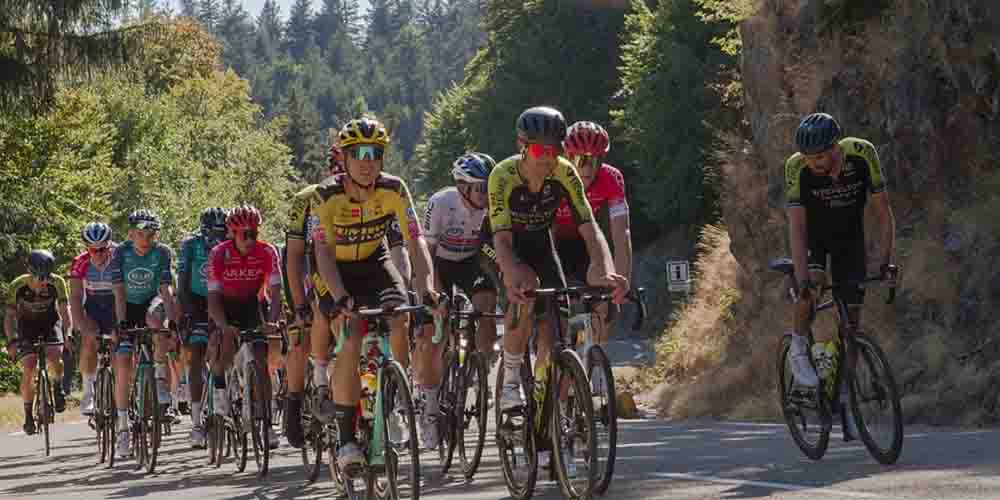 The 2021 Tour de France only finished last weekend but top cyclists will have another important race to participate in this Saturday. The road race in the 2020 Olympics,  which suits top climbers this time. No wonder that Tadej Pogacara and Primoz Roglic are mentioned as top favorites in the men’s race in the Tokyo road race predictions. While the defending champion Anna van der Breggen can win again in the women’s race.

The men’s Olympic road race takes place this Saturday, the 24th of July followed by the women’s race on Sunday. The men’s event will take place on a 234km long route. Including climbs on Mount Fuji and Mikuni Pass which has the average incline of 10,2%. So top climbers like Tadej Pogacar, Primoz Roglic and Remco Evenepoel can do well. Belgian Greg Van Avermaet won the race in the 2016 Olympics in Rio. This time his compatriot, Wout Van Aert can win the gold for the country. The women’s event will be on a shorter, 137km long distance, without any major mountain. It still has 2,692m of climbing and1,5 laps on the Fuji Speedway circuit. Dutch Anna van der Breggen is the defending champion and the biggest favorite in Tokyo as well.

Tadej Pogacar rode brilliantly in this year’s Tour de France and defended his title. No one could really get close to him, which makes him a top favorite in the Olympics as well. The only question is how tired the young Slovenian will be after a tough three-week race. Well, online sportsbooks in Slovenia predict his victory anyway with the odds of 4.64. While Pogacar’s compatriot, Primoz Roglic can also race for the gold after he had to withdraw from the Tour. His unfortunate retirement might give some advantage over his rivals who competed along the whole race.

Like Belgian multitalented Wout Van Aert who managed to win three stages in this year’s Tour de France. Beside winning one-day classics, like the 2021 Amstel Gold Race and finishing second in the 2020 world championship. Van Aert has the odds of 5.75 to win the gold in the Tokyo road race predictions. Belgian fans can also support another great cyclist, Remco Evenepoel, who won this year’s Tour of Belgium. His teammate at Quick-Step, Portuguese Joao Almeida will also fight for the victory in Tokyo. Along with German champion Maximilan Schachmann and legendary Spanish cyclist Alejandro Valverde. The list of big names is really endless but they will have a difficult job to beat the Slovenian team.

In the women’s road race the defending Olympic champion, Anna van der Breggen is the biggest favorite of online gambling sites in Slovenia. The two-time world road race champion and four-time Giro d’Italia Femminile winner has the odds of 3.50 to win again. But all of her three teammates can also fight for the gold. Like Annemiek van Vleuten who finished second in last year’s world championships. She is a great climber like van der Breggen which makes her a top contender. Even though the women’s route doesn’t include huge climbs which can favor cyclists with fast finishes.

Marianne Vos can be one of them, who has the odds of 6.50 to win the race. The three-time world road champion and the 2012 Olympic road race champion can certainly race for another gold. Just like the fourth Dutch cyclist, Demi Vollering, who is the youngest member of the team. Beside them the bronze medalist from Rio, Italian Elisa Longo Borghini and Elizabeth Deignan can also be in the race for the gold. Along with the US cyclists, Ruth Winder and Coryn Rivera. The latter won the 2018 The Women’s Tour and the 2018 National Road Championships. And has the odds of 23.00 to win the race.  Just like the German road champion, Lisa Brennauer and Polish Katarzyna Niewiadoma who finished as a runner-up in last year’s Giro.