Top 10 Strikers of all Time

News >Top 10 Strikers of all Time 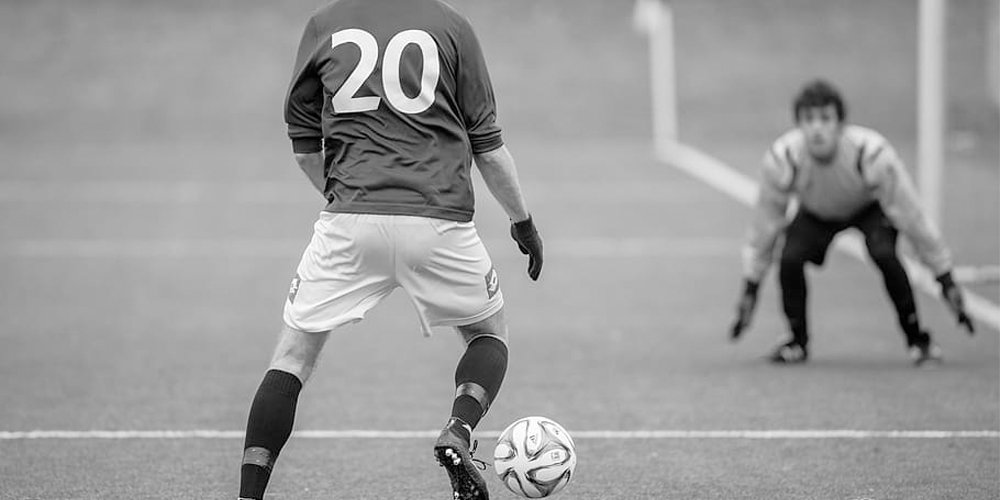 There is an endless list of great forwards, who not only scored many goals during their career, but they did it in the most crucial times to help out their teams. From today’s stars to real legends, we made a list of the top 10 strikers of all time.

Many people would argue that the best players of all time are the two players we can watch to score goals and make amazing tricks all the time. The six and five-time Ballon d’or winners Lionel Messi and Cristiano Ronaldo. We don’t want to deny this claim, but neither of them are appearing in this list simply because none of them is a traditional striker. But don’t worry, there are still many great players who could fit the restriction from earlier and modern times as well.

Top 10 strikers of all time

We couldn’t leave out the giant Swedish striker, who is still scoring goals at the age of 38 for Milan at the moment. Ibrahimovic has played in almost every top European leagues, scoring important goals for his team from Inter to PSG. He played well even at Manchester United, actually, he won his first European title with the Red Devils when they defeated Ajax in the Europa League final. He was the key part of the Swedish national team for many years, he is the all-time leading goalscorer with 62 goals in 116 appearances.

Another recent top striker is French player Thierry Henry, who is Arsenal’s all-time top scorer with 228 goals. Though he also played in different leagues, Henry is most remembered for his Premier League years. He won the Golden Boot award four times, and the Premier League twice with the Gunners. We can’t forget that he is also a world champion with France from 1998 and European champion from 2000. France is a big favorite for next year’s European Championship as well, with the odds of 6.50 at bet365.

The Dutch striker who was a member of the European Championship winner Netherlands in 1988 and also won the Golden Boot award in the tournament.  He scored 300 goals in his short career as due to an injury he had to retire at the age of 30. But he still managed to win several titles with both of his teams, Ajax Amsterdam and AC Milan.  Oh, and one more thing, he won the Ballon d’Or three times as well.

The first Brazilian player on the list (and not the last) is Romario, who unlike van Basten had a very long career with 24 years. He scored an amazing 688 goals in 886 appearances in his club career, which included clubs like PSV, Barcelona, and Valencia. And of course, he was a World Cup winner with the Brazilian team in 1994. He scored five goals during the tournaments and was awarded the Golden Boot. Romario scored 55 goals in 70 international matches and increased his popularity at home after returning to Brazil in the second part of his career. Online gambling sites in Brazil are offering odds for next year’s Copa America, where Brazil is in the favorites.

And now let’s see a German legend, Gerd Muller, who was a player of Bayern Munich between 1965 and 1979. Known for clinical finishing, he scored 398 goals for the club in 453 games helping them to win the European Cup three times. He was a big asset in the West German national team as well, scoring 10 goals during the 1970 World Cup. The team finished third, but four years later managed to win the Cup at home. Muller scored the winning goal in the final against the Netherlands.

The Argentine legendary player of Real Madrid, Alfredo Di Stefano played for the club between 1953 and 1965. He led the club with his teammates to five European Cup finals and he is the only player up till now to score in all. He won 8 La Liga titles as well with Real where he became a real icon. Di Stefano played for both Argentina and Spain, scoring 21 goals for the latter, but his legacy was really fulfilled at Real.

And we continue our list of the Top 10 strikers of all time with another Real Madrid legend, Ferenc Puskas. One of the key members of the legendary Golden Team of Hungary, who won the silver in the 1954 World Cup and beat England 6-3 in the match of the century. Puskas started his club career at Budapest Honved where he scored 352 goals during his 12 years. Then he emigrated and joined Real Madrid in 1958 where he continued in the same style. He scored another 156 goals and led the team to five league and three European Cup titles.  He is recognized as one of the best players of all time and still a national hero in Hungary.

The Portuguese striker is one of the greatest goalscorers of all time with 621 goals in 637 appearances. He played most of his carrier at Benfica, scoring 473 goals for the club. He won 11 league titles, one European Cup and he helped the team reach another three finals. With the Portuguese team, he finished third in the 1966 World Cup, scoring 9 goals in the tournament. Eusebio was the first world-class African born player, who also received the Ballon d’Or in 1965. The Black Panther is considered the greatest Portuguese player still, even with the amazing performance of Cristiano Ronaldo.

Now back to Brazil, and another Ronaldo, the first one. He was an amazing player to watch, was known for his turn of pace, dribbling skills and clinical finishes. He played for several clubs including Inter, Barcelona and Real and he was successful everywhere and scored 247 goals in 343 games.  Ronaldo was awarded the Ballon d’Or twice and could have reached even more if injuries didn’t stop him a few times. Still, Ronaldo also won the World Cup twice with the Brazilian team in 1994 and 2002. Online sportsbooks in Brazil are hoping for similar success in the next World Cup in 2022, all odds are available on bet365.

There is only one player, who could top even Ronaldo’s performance. His compatriot and regarded by many people as the greatest football player of all time, Pele. It’s enough just to mention the number of his goals, 1279 in 1363 games. This record might not be broken soon or ever, really. He spent most of his career at Brazilian club Santos. Pele won three World Cups, the only player in the world to do so. In his first one, in 1958, when he was only 17. He still managed to score in the final against Sweden. He is the all-time leading goalscorer in the Brazil team with 77 goals in 92 games. Pele is simply the best striker and player of all time.