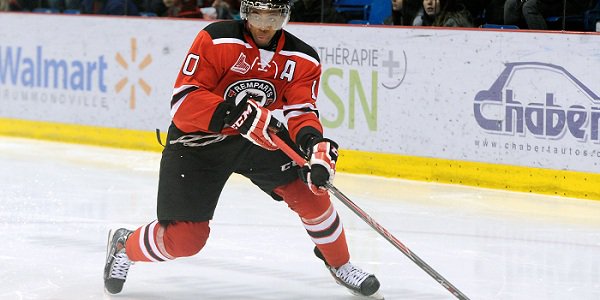 Every NHL team has its all-star players and fan favorites, but hockey and gambling enthusiasts shouldn’t forget about the up-and-coming top 2015/16 NHL rookies!

With so many current hockey greats getting older, the pressure’s on the younger guys to step up—so get ready to bet on sports in the US, because the 2015/16 NHL rookies this season are some of the hottest new talent that hockey’s seen in a while! Read on to learn more about the future of hockey, and get their team division odds for this year’s NHL courtesy of sports betting site RealBet.

Anthony Duclair is a Quebec native and current forward for the Arizona Coyotes renowned for his power play and high goal count. Prior to playing with the Coyotes, he had some impressive performances in the Quebec Major Junior Hockey League, as well as when he played for Canada in the World Junior Hockey Championship.

As a left-winger for his team, Duclair has proved himself to be a natural scorer with a quick release and a penchant for always being right where his team needs him on the ice. However, if he wants to truly be a great, he needs to get physically stronger and improve his defense.

Along with Duclair, Maxi Domi is the Arizona Coyotes’ other heavily touted top 2015/16 NHL rookie. That said, there’s no bad blood between the two: they play on the same line and are both named as carrying their team this season. Domi in particular is praised by NHL betting picks for his remarkable offense, his goals, and his ability to play both center and wing.

Fans of online gambling sites in the US should take note: Domi’s part of a hockey legacy, being the son of Toronto Maple Leaf player Tie Domi. Talent on the ice obviously runs in his blood!

There are a lot of expectations for Buffalo Sabres forward Jack Eichel this season, given his impressive array of honors and awards including East First All-American Team, the Hobey Baker Memorial Award, and Rookie of the Year. The Massachusetts native is without a doubt a high-end talent deserving of being at the top of NHL hockey betting lines: he has good strength and control of the puck; excellent offense; and is great at getting goals.

Connor McDavid is easily the most talked about player among the top 2015/16 NHL rookies. The 18-year old possesses outstanding talent, impressive hockey knowledge, and out-of-this-world skating ability. Even if he’s only an adolescent, he can make big plays at fast speed, to the shock and awe of fans and fellow players. There’s a reason that the hockey spotlight’s hanging so heavy over this young Canadian!

If that wasn’t enough, McDavid is being touted as the next Wayne Gretzky—he even has an endorsement from the man himself!( http://www.nhl.com/ice/news.htm?id=775163)

Artemi Panarin is a Russian native who’s causing a lot of buzz in North America and in US gambling news. This top 2015/16 NHL rookie first impressed in the Kontinental Hockey League (KHL) and 2015 World Championship, and in April 2015 signed a contract with the Chicago Blackhawks. His technical and puck skills and impeccable and his creativity in the rink is formidable. Like most rookies, he’ll have to bulk up a bit for the NHL, but he remains one that fans of NHL betting online really must watch!

NHL betting odds for the Chicago Blackhawks to win the Central Division: 4.00 (3/1)