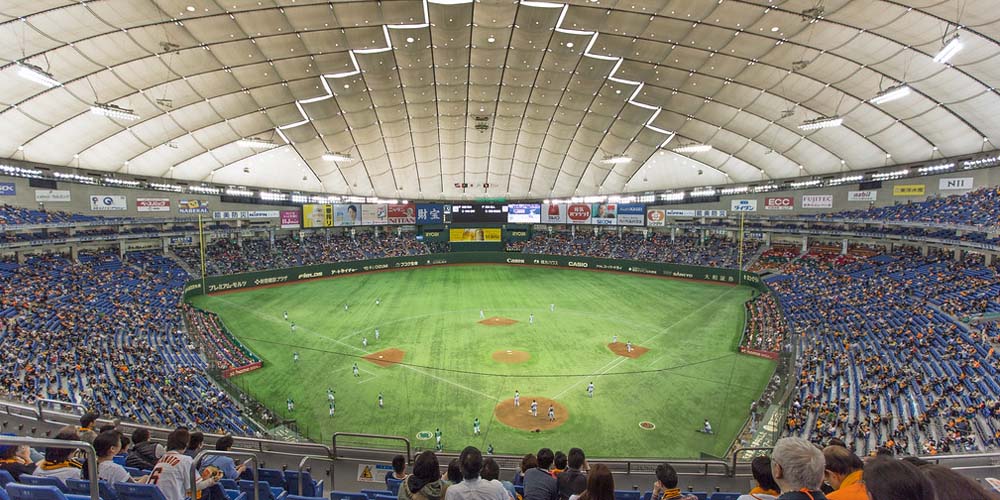 Nippon Professional Baseball is once again underway this time for its 70th season. Fukuoka SoftBank Hawks currently have the best Nippon Professional Baseball betting odds to secure a top 2 finish in the league. Additionally, they also stand the best chance to be the NPB champions this year. However, with the Hiroshima Toyo Carp close on their heels, will the Hawks be able to win this year’s NPB season?

Nippon Professional Baseball is Japan’s premier baseball competition founded in 1950. It consists of two leagues- the Central League and the Pacific League- each with six teams. After the regular season, the Climax Series follows which determines the teams to play at the Japan Series. The Japan Series then determines the winner of the NPB season.

This year, the NPB season will run from 29 March to 27 October. On DoubleBet Sportsbook, you can bet on the winner as well as the finishing position of the baseball club. Here’s how some of the Japanese clubs 2019 Nippon Professional Baseball betting odds stand:

The 2017 and 2018 NBP winners currently stand the best chance at 4.60 on DoubleBet Sportsbook to win this year’s Japan Series. They also have a good Japan Series record of 9 wins from 18 appearances to back up their winning chances. Fortunately, it’s also expected that they’ll secure a top 2 finish in the Pacific League with odds at 2.20.

Luckily, they have favorable title winning odds on DoubleBet Sportsbook to advance to the Japan Series and claim a win for the Pacific League. They also have a strong lineup of local and international players to help them secure a 10th Japan Series win. This includes Nobuhiro Matsuda, Alfredo Despaigne and Kodai who are the Pacific League leaders in batting. Another player to keep an eye is Kodai Senga who has the League’s 2nd best Earned Run Average of 1.88.

Hiroshima Toyo Carp are currently leading the Central League and are on course to advance to the 2019 Climax Series. Fortunately, they have top 2 finishing Nippon Professional Baseball betting odds at 2.335. This means they have the opportunity to represent the Central League at the 2019 Japan Series. Additionally, the 2018 finalists also have promising DoubleBet Sportsbook odds at 5.00 to be this year’s NPB champions.

The Central League club are 3 time Japan Series winners. However, they were last victorious in 1984. They came close to ending their title losing streak in the 2016 and 2018 Japan Series Final. Unfortunately they were beaten by Hokkaido Nippon-Ham Fighters in 2016 4-2 and 4-1-1 in 2018 against Fukuoka SoftBank Hawks.

Fortunately, they have top players such as Seiya Suzuki and Daichi Osera to help them secure a 4th title win. Seiya Suzuki is one of the Central League’s top pitchers with 51 runs and a slugging percentage of .607. Additionally, Diachi Osera is also a leading pitcher with an Earned Run Average of 2.02.

The Hokkaido Nippon-Ham Fighters also stand a chance to be the 2019 NPB champions with winning odds at 8.00. Fortunately, with their 2019 Nippon Professional Baseball betting odds on DoubleBet Sportsbook, the 2016 winners can win claim their 4th title. It’s also expected that will secure a top 2 finish in the Pacific League with odds at 3.32.

However, their title winning chances will be challenged by Fukuoka SoftBank Hawks who are the league’s 2019 Japan Series front runners. Last year, the Hawks defeated the Hokkaido Nippon-Ham Fighters in the first stage of the Climax Series.

This season, the Hokkaido Nippon-Ham Fighters hope to be club to represent the Pacific League at the Japan Series. Fortunately, with top performing players such as Tashi Ota, Kensuke Kondo and Kohei Arihara, this could soon be a reality.

Unfortunately for their fans, it’s doubtful that their team will secure a top 2 finish in the Central League. The Yokohama DeNA Baystars (9.30) are currently 4th in their league. However, the competition to finish in the top 2 is tough particularly with teams such as the Hiroshima Toyo Carp. Additionally, the Yokohama DeNA Baystars lack versatility in their squad with the team falling behind in batting.

The Tokyo Swallows currently have the worst Nippon Professional betting odds of winning at 46.00 on DoubleBet Sportsbook. They currently sit at the bottom of the Central League with 27 wins from 70 games. Consequently, it might be risky to bet on them to secure a top league finish with odds at 16.00.

Additionally, this season they have one of the worst performances in the Central by recording a 16 game losing streak. Fortunately, they managed to end their string of bad luck by defeating Yokohama DeNA BayStars earlier in June. Nevertheless, it’s not a convincing record particularly if you want to bet on them on the online sportsbooks in Japan.

Be sure to read our review about DoubleBet Sportsbook, the bookmaker to bet on the 2019 NPB hopefuls.