Top Young Drivers to Watch Out in 2021

News >Top Young Drivers to Watch Out in 2021 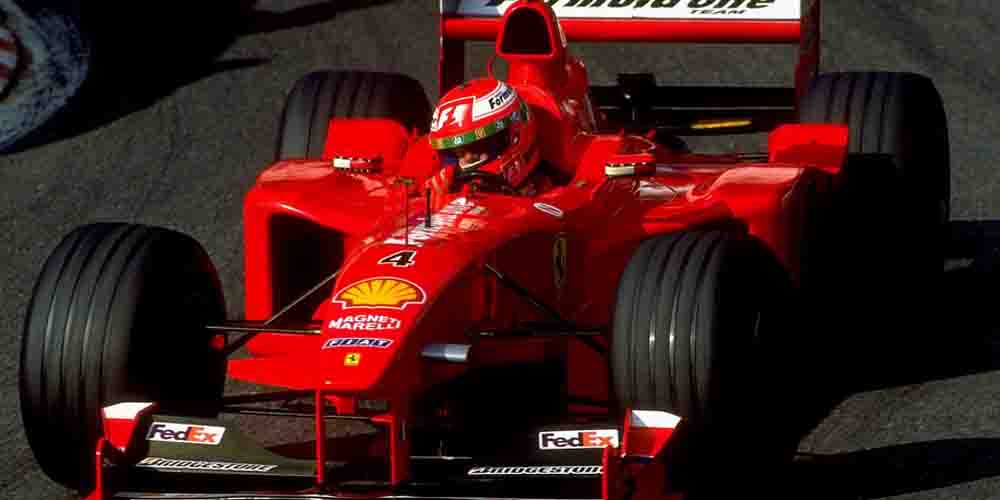 Every year we can witness the emergence of young drivers with some of them already achieving huge successes. From Formula 1 to NASCAR, there are great talents in every motorsports who can soon become the biggest stars of their sports. These are the top young drivers to watch out in 2021.

Max Verstappen and Charles Leclerc already belong to the best F1 drivers even though they are still only 23 years old. In the next generation we can also find Lando Norris, George Russell and Lance Stroll. But in the new season more young talents will join the field including the son of Michael Schumacher. On the other side of the ocean, we can find several young NASCAR drivers competing in all series. While in the top rally series a Finnish pilot can achieve great results this season.

Let’s start with the most famous motorsport, Formula 1, where we can see three new drivers in the 2021 season. Mick Schumacher, the son of the 7-time world champion Michael Schumacher. He won the Formula 2 Championship last season and will join the Haas team in F1 now. The 21-year-old German is a member of the Ferrari Driver Academy and one of the greatest talents of his generation. He started his career in karting then moved to Formula 3 and 2, where he won the title in his second season. But Schumacher will face his most difficult task now to perform well under high expectations.

His teammate will be another young driver, Russian Nikita Mazepin, who finished in 5th place in the 2020 F2 Championship. He could have three victories in the season without a penalty in the Belgian race where he pushed Yuki Tsunoda wide. The Japanese driver will also join Formula 1 this season as a pilot of Alpha Tauri Honda. So they can meet again hopefully without causing any crash. Tsunoda is a member of the Red Bull Junior Team and finished third in F2 last year. We also have to mention British Callum Ilott who finished behind Schumacher in F2 and will be the test and reserve driver of Ferrari in 2021. Who has the odds of +1200 to win the constructors’ championship by online sportsbooks in the US.

Chase Briscoe had an amazing season in last year’s Xfinity Series after winning 9 races. He only finished in 4th place at the end. His performance was still enough though to earn him a place at the Stewart-Haas Racing and to compete in NASCAR’s top division. The 26-year-old is hoping to perform well and win the Rookie of the Year Award. Which was won by his teammate, Cole Custer last season. The other rookie of the Cup Series is Anthony Alfredo, who was signed by Front Row Motorsports. The 21-year-old got 9 top ten finishes in last year’s Xfinity Series with a third place finish being his best result. Now he can prove his skills in the No38 Ford Mustang.

While the 23-year-old William Byron will spend his fourth season in the top division after winning the 2017 Xfinity Series. He got his first win in the Cup Series last season at the Coke 400 race in Daytona. He managed to qualify for the playoff for the second consecutive time, but was out after the first round. Now Byron is hoping for an even better season under new Crew Chief, Rufy Fugle, who was his boss in the lower divisions. Of course, we have to mention the defending champion, Chase Elliott who is only 25 but already belongs to the best drivers. And he is the top favorite to win the title again by online gambling sites in the US.

In our list of the top young drivers to watch out in 2021 we definitely have to mention a Finnish rally driver, Kalle Rovanpera. The 20-year-old talent is already driving in the top division, in the WRC and finished fifth last season. The 2019 WRC-2 Pro champion got his first podium finish at last year’s Swedish Rally.  He will go for his first victory this weekend on home soil at the Arctic Rally. Rovanpera is one of the biggest talents of the sport after winning his first trophy, the Latvian Rally at the age of only 16. Now he can follow the examples of other former Finnish drivers like Tommi Makinen and Mikko Hirvonen.

One of his biggest rivals in the future can be Swedish Oliver Solberg, the son of 2003 WRC champion Petter Solberg. Oliver made his debut last season in the top division beside racing in the European Rally Championship. He finished there as a runner-up after one win and three top five finishes. In 2021 he was promoted to the WRC-2 category by Hyundai but Solberg will also make his first appearance with a WRC car in the Arctic Rally this weekend. His teammate in WRC-2 will be Ole Christian Veiby who finished fourth last season with three podium finishes.

In the Australian touring car racing series, the Supercars Championship we can also find several great talents. Who can join later other motorsports series. Like the three-time champion, Scott McLaughlin has just done after swapping to IndyCar this season. In his absence Anton de Pasquale can go for his first title driving for Dick Johnson Racing. He got his first victory last season and finished 8th in the overall standing. But as a member of the championship winner team, he will have a great chance for a much better result.

While it will be interesting to see how McLaughlin can perform in the American IndyCar series in his first season. He is still only 27 and belongs to the younger drivers of the field, where we can see ex Formula 1 driver Romain Grosjean as well. McLaughlin will drive for Team Penske in the series where he made his debut last season. Even though he crashed out in the race, he impressed everyone with his speed. Though no major results are expected from him in the first season, the Aussie driver might surprise everyone.