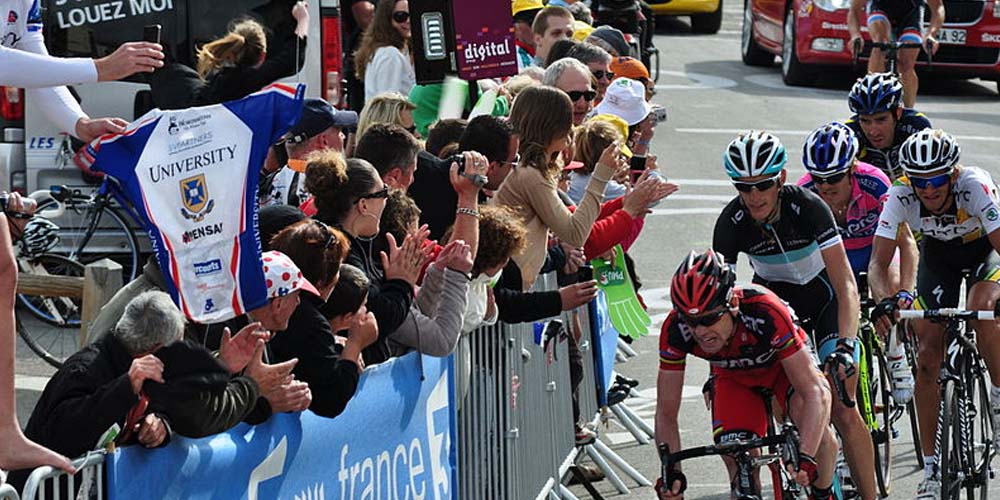 The Tour de France King of the Mountains odds on De Gendt have closed up nicely in recent days as the greatest cycle race in the world gets set to kick off in Brussels, capital of his homeland. If you head on over to Unibet, one of the best online sportsbook sites in Belgium right now, you’ll find you can get 22/1 on his wearing the polka dot jersey. That might not make him favorite but it puts him in contention, something the great Eddy Merckx will appreciate.

Eddy Merckx is the greatest cyclist Belgium ever produced, winning five Tour de France, five Tours of Italy, The Tour of Spain, All five monument races, three world championships, and every major one day race except Paris-Tours (which is almost the exception that proves the rule). This is why, fifty years on from his first Tour win, the “Grand Depart” is being held in Brussels and there is a tad more interest in the Tour de France King of the Mountain odds on De Gendt.

Unibet Sportsbook Welcome Bonus offers up to £40 money back if your first bet loses. Click here to bet on Tour de France at Unibet! (Money Back as a Bonus up to £40 if your first bet loses’. Please can you update that and add in the key T&Cs: ‘New customers only. 18+, BeGambleAware.org. Min deposit £10. Money back as bonus. Wagering requirements: Sportsbook 3x at min. odds of 1.40 (2/5), Casino 25x. Only one bonus can be used at a time, Sportsbook bonus must be wagered before using the Casino, unless the bonus has been forfeited. Bonus will expire after 7 days of opt-in.)

Thomas De Gendt is the Belgian with the best chance of winning the polka dot jersey this year, and whilst his 22/1 chances put him quite some way behind the likes of Julian Alaphilippe (sitting at 8/5 as the bookies’ favorite) he’ll doubtless tempt a few natives to take advantage of Belgian gambling laws. However, for some perspective, do note that whilst the Tour de France King of the Mountains odds on De Gendt are quite good, his odds to win overall really aren’t.

Unibet Has All The Tour de France Odds You Need

Unibet will give you 1000/1 on Thomas winning on the Champs-Élysées, which says much for how much this lad specializes in climbing, but they’ll also give you 20/1 on Fabio Aru, and an astonishingly tempting 18/1 on Egan Bernal the young Colombian currently 2/1 to be wearing the yellow jersey come the finish in Paris. We might be celebrating Belgian cycling this year but the Tour de France King of the Mountain odds on De Gendt aren’t anything as tasty as on Bernal.

Mikel Landa too gets a better price at Unibet than the Tour de France King of the Mountains odds on De Gendt, he’s copping 16/1 just behind Giulio Ciccone at 14/1 the same price as old hand Vincenzo Nibali is getting. Nibali is 33/1 to win the Tour itself, but seems more likely to focus on this competition than that one. That said if you’re going to bet on sports in Belgium this weekend you’llwant to check out just how far behind the top two offerings from unibet it is.

Way ahead of the Tour de France King of the Moutains odds on De Gendt, and indeed everyone else, are the dynamic duo Warren Barguil and Julian Alaphilippe. Warren is getting 13/2 right now which is far closer to the time proven Alaphilippe than the Frenchman would like his countryman to be, if truth be known. It’ll be extremely interesting to see which of these two twenty seven year olds make the best use of the five mountain top finishes in this year’s Tour.

King Of The Mountains Odds at Unibet

Whilst the Belgian TV commentators will doubtless extol the virtues of backing those Tour de France King of the Mountains odds on De Gendt, it is probably better, should you wish to wager on the best climber of this year’s race at Unibet (one of the best online betting sites in Belgium) that you choose one of the two Frenchmen. Of course, a sneaky wager on Egan Bernal is possibly a good idea too, because one of these years soon he’s going to blow everyone else clean away.