Tragic Accidents At The Olympics

News >Tragic Accidents At The Olympics 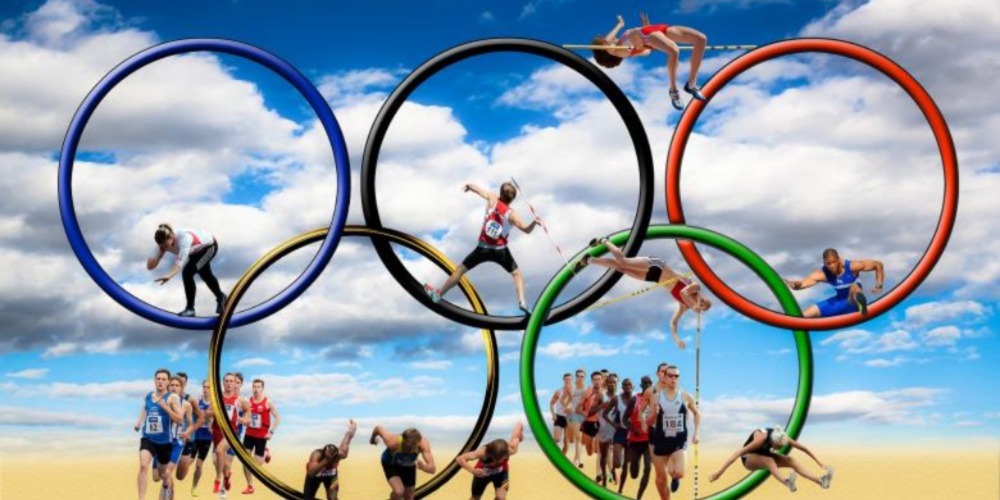 Horrifying falls, blood poisoning, and collisions. Unfortunately, several athletes have lost their lives in the history of the Olympics. At the Olympic Games, athletes give their all to win a medal, stand on the podium, and return home with glory. However, in the heat of the competitive spirit, or as a result of inadequate technical background, a competition can easily turn into a tragedy instead of a triumph. We collected some of the most tragic accidents at the Olympics!

The Cause of Death was Sunscreen!

Francisco Lázaro collapsed during the 1912 marathon. Like most athletes of his time, he was an amateur sportsman who pursued a civilian occupation besides sports. Lázaro worked in a car factory in Lisbon. Before participating in his first and only Olympic Games, he won three marathons in his home country. At the Stockholm Olympics, he started as the first Portuguese participant in the marathon race of the Games.

Everything went well until he collapsed after running 29 kilometers. After a quick medical treatment, the unconscious Lázaro, whose body temperature was 41 °C, was taken to the hospital, but he died the next day. The cause of death was determined to be dehydration, as the race took place in very hot weather. It was later revealed that his whole body was covered with sunscreen, to protect his skin from sunburn, but this prevented his skin from losing its natural fluids, so it kept him from sweating.

According to online gambling sites in France, before the race, Lazaro said he would either win or die. Sadly, the latter happened. A week after his shocking death, a memorial service was held in his honor, attended by 23000 people and raising nearly $4000 for his widow. They erected a statue in honor of the athlete in Stockholm, and a street and a stadium bear his name in Lisbon.

Nicolae Berechet was a Romanian boxer who competed at the Summer Olympics in 1936. On August 11, 1936, he was eliminated in the first round of the featherweight division after losing his fight to Evald Seeberg. A few days after the match, he died of blood poisoning. It may have been an injury he suffered during the game, but it is still a mystery what caused his death. He was only 21 years old.

The only Olympic death linked to doping occurred at the 1960 Rome Games. The use of drugs in the Olympics is not new. The athletes of old times used various concoctions and lizard meat to enhance their performance. Although science has come a long way since then, even in 1904, the runners tried simple doping agents. For example, the coach of Thomas Hicks gave the runner a milligram of strychnine and a little brandy. After the second dose, the athlete immediately collapsed, and another dose could have even killed him.

Well-known examples of doping are the East German Olympic teams who regularly used various prohibited substances in the 1970s and 1980s, winning ten gold, six silver, and one bronze medal at the 1976 Olympics. Another doping scandal shook the world when it came to light that GDR female swimmers took anabolic steroids pressured by their coaches from the age of 11 without parental consent.

Also, a report from 1989 said that there was hardly a winner in Moscow whose body did not contain drugs. As for the 1960 Games, during the cycling race, Knud Enemark Jensen, competing in Danish colors, suddenly fell off his bike and died not long after. He died of a fractured skull, but later the autopsy showed that the athlete was under the influence of amphetamine, which caused him to lose consciousness during the race. The ban has never stopped athletes from using drugs, here is an article about stripped away Olympic medals!

The case of Czechoslovak gymnast Eliska Misákova is quite shocking. In 1948, after she arrived in London, she felt ill, and they diagnosed her with polio. They took her to the hospital, where doctors fought for her life for days, but they couldn’t help her. She died on the last day of the Olympics when her teammates won the team championship. The judges were affected by the incident and gave the already strong team a higher score because they wanted the Czechoslovaks to win. Eliska Misakove, who died at the age of 22, received a posthumous gold medal.

Unfortunately, tragic accidents at the Olympics in the winter also occurred. The 1964 Innsbruck five-ring games had two victims: an alpine skier and a luge racer. First, there was trouble on the toboggan run. During one of the training sessions for luge, which they introduced at the Olympics that year, the 50-year-old, Polish-born British Kazimierz Kay-Skrzypecki slipped and left the track. The athlete suffered such a severe fractured skull and a pelvic injury that they could not save his life.

Also, before the opening, there was a problem during the training of the alpine numbers. 19-year-old Australian skier Ross Milne went off the piste, hit a tree, and died immediately. According to the organizers, the athlete was young and inexperienced, and this caused the tragedy. However, in the report on the accident, they were wrong about Milne’s age because he was nineteen, not seventeen. So, Australian team managers denied that Milne was inexperienced.

They blamed the organization because the skier was forced to stop, due to the crowded course, in a place where he slipped. According to them, the real cause of the tragedy was that there were too many people on the track at the same time. Though, the organizers never admitted to making any mistakes. They even suggested that in the future, skiers from countries such as Australia and New Zealand should not be allowed to compete in these numbers in major international competitions. In 1992, another skier, the Swiss Nicolas Bochatay, had an unfortunate collision with a snow groomer while warming up for his final performance and died.

At the 2010 Vancouver Olympics, one of the most shocking tragic accidents at the Olympics happened to Georgian Nodar Kumaritasvili. He lost control of his sled at a speed of 145 km/h, flew off the track, and crashed into its metal pole.

The doctors rushed to the aid of the 21-year-old athlete, applied cardiac massage, and then transported the competitor to the hospital by helicopter, but they could not save his life.

In addition to snowboarding, skiing, and tobogganing, short-track speed skating can also be classified as a dangerous winter sport as the competitors slide at very high speed on the ice, and sharp skate blades can easily cause injury. Sadly, there is an example of that. John Robert Celski suffered a dreadful accident during the preparation before the 2010 Vancouver Games. The American skater’s right skate blade pierced his left thigh in one turn as he drifted and fell. The blade cut a muscle, and his parents and fans in the stands noticed the blood pouring from his leg.

Celski’s life and career could have been in great danger, but luckily the cut missed the carotid artery, but the wound still had to be stitched up with 60 stitches. The American skater regenerated quickly and won two bronze medals at the 2010 Winter Olympics. Incredibly, four years later won a silver medal in Sochi as a member of the men’s relay team. Celski also started at the 2018 PyeongChang Games, then retired from professional racing at the age of 28.

Markus Schairer suffered a horror injury at the 2018 PyeongChang Olympics, but believe it or not, still finished the race. The Austrian snowboarder was in fourth place in the quarterfinals when he lost his balance and took a scary fall.

He fell on his back, hit his head, and after hitting the ground, he didn’t move for a minute, but gathered all his strength, got back on his feet, and finally crossed the finish line. They immediately took him to the hospital, where they found out that his fifth cervical vertebra was broken.

According to his medical report, he was close to becoming paralyzed permanently. Schairer, who previously won the world championship title, successfully recovered from his serious injury, but he did not continue professional racing, deciding to retire at the age of 31 after the almost tragedy, and who could blame him? If you are curious about the accidents on the list of tragic accidents at the Olympics, check out online gambling sites in France!

Another Austrian skier, Hermann Maier, had a terrible fall in Nagano in 1998, but his story ended as a success story. The legendary competitor was sliding at a high speed during one of the downhill races when a jump didn’t work out. He landed on his side after flying tens of meters. He crashed to the ground, his skis flew off, and his spinning body broke through two safety nets. In the end, Maier ended up meters away from the track, in the deep snow, and it seemed like not only the Olympics were over for him.

However, thankfully, the skier who later received the nickname Herminator survived the brutal fall without any serious injury. Also, he won the giant slalom and super-G slalom races. The Austrian skier suffered a severe motorcycle accident in 2001, but he participated in the 2006 Turin Games years later.  He managed to add silver and bronze to his collection of Olympic medals. The 2023 FIS Alpine World Ski Championships will begin on February 6. You can check out the odds at 22BET Sportsbook!