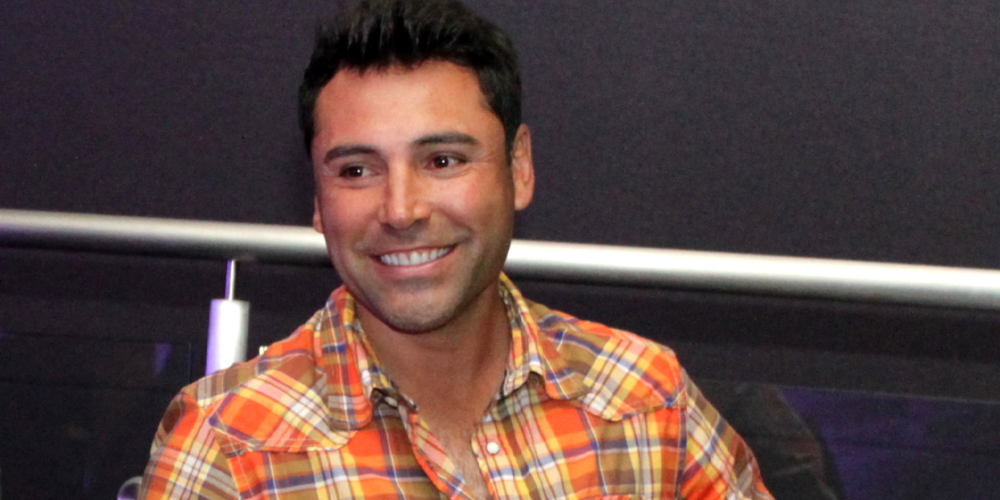 Many are arguing that boxing is fifty percent physical and fifty percent a psychological sport. Famous boxers did everything to get into each other’s heads throughout the history of boxing. However, there are times when bullying is pushed too far and those are the moments when trash-talking boxers fail.

We collected four memorable moments when trash-talking boxers fail. We tried to pick games randomly, only filtering by the karma factor. Bet on one of the biggest trash-talkers, Jermell Charlo’s next game on 1xBET.

In one of his videos made during his training camp, Adrien Broner is praising to god for Maidana’s health during the fight. He’s very confident as a so-far unbeaten champion of welterweight. “Ain’t nobody gonna beat me and that’s how I am leaving.” Maidana didn’t talk too much prior to the fight, neither he was influenced by being a 1 to 5 underdog. He just said, “I know he is the favorite, but it doesn’t matter.” he also added almost vatic, “The cow has messed with the bull.”

Maidana dominated the fight from the first moment to the last. During round one, Broner imitated having sexual intercourse with Maidana by throwing his hip back and forth. Maidana answered with fists to this insult. During the second round, he put Broner to the ground for the first time in his career. He continued punishing Broner and put him down for the second time during round 8. In round 11, Maidana grabbed the chance to take revenge for Broner’s crappy move during the first round. Broner is so much beaten at this time that Maidana doesn’t even need a corner to do this. This is something you don’t want online sportsbook news in the US to write about.

Trash-talking boxers fail – out of the ring

Hopkins: “I am never gonna lose to a white boy.” While Bernard Hopkins is truly a boxing legend, it’s a pity that he couldn’t quit at the top. After two years without a fight, with 28 years of boxing career behind his back, Hopkins announced his last fight before retirement. On December 17, 2016, he was facing Joe Smith Jr. with a WBC international light heavyweight title on the line.

During the 8th round, Joe Smith Jr. knocked the aging legend out of the ring. Bet on your recent favorites at 1xBET.

April 7th, 2001 “The Baby Faced Assasin” takes on Naseem Hamed for the vacant IBO featherweight championship. Hamed was a 1-3 bookies’ favorite at the time. Some problems arose when it turned out that two weeks prior to the fight Hamed was twenty pounds over-weighted. During round two the Prince drops his opponent with a wrestling move fueling the fire of Barrera. From round 11 Barrera has the upper hand. During round twelve he shows a police-style wrestling technique pushing Hamed’s head to the ring stand. While the judge was deducting one point for this, Barrera still won the fight.

Oscar De La Hoya vs. Ricardo Mayorga – Online sportsbook news in the US has to censor this

Mayorga was putting his light-middleweight title on the line against Oscar De La Hoya on May 6, 2016. Mayorga was furious during pre-fight interviews. For example, “El Matador” Mayorga describes that he does not play with dolls like Oscar while showing off his scars from the time when he was a gang leader. Pushing a bit further he says at a conference: “I am the champion and you are going to be my bitch in my bed whenever I want you to be.”

While this is not so uncommon in boxing, Mayorga took this too far making things personal. “Tell your wife to screw you the morning on the fight so you don’t take a dive you did against Hopkins, you faggot.” (Referring to De La Hoya’s match against Hopkins on September 18, 2014, where Hopkins knocked him out in round 9) Oscar was responding in a mannered way: “You disrespected the two things I love. First my wife, now my race. This isn’t a game, I’m going to knock you out.” Well, he proved to be a man of his word (or fist), and trash-talking boxers fail once again.

The importance of trash-talking

Trash-talking has a long history in boxing. Well, it’s obvious that one of the main reasons for trash-talking is money. It’s easier to sell a fight, where fighters hate each other personally. Furthermore, it’s always a good show when it comes to professional boxing, but everything is better with a story. As for me, I am not less interested in a fight where fighters are threatening each-other with respect.

However, once it comes to a heated situation like when it comes to Jermell Charlo’s fight with Tony Harrison on Dec 21, with its tight odds, I can’t wait for these two to settle the score. On the other hand, “Sticks and stones may break my bones, but words will never hurt me.” What I mean is, sometimes the show is pushed too far. Boxing is not professional wrestling… yet.