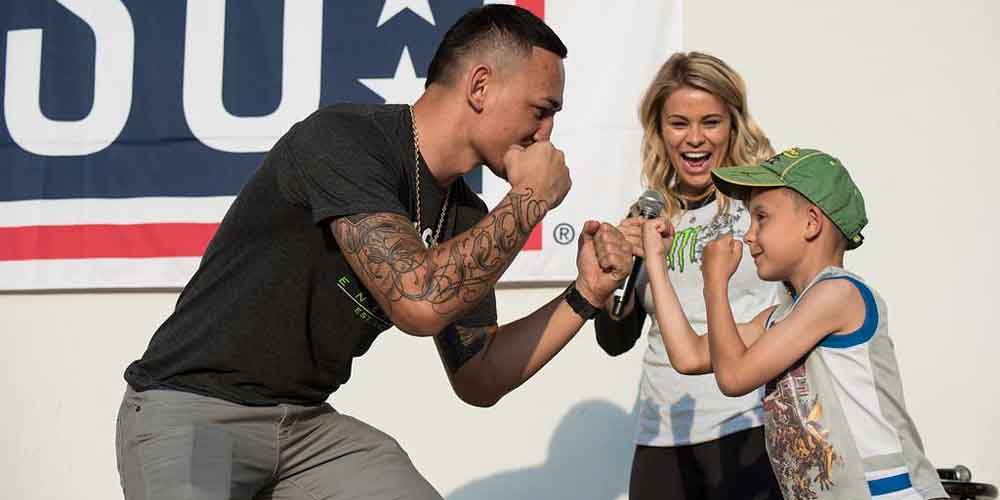 The UFC featherweight championship odds are now available as we prepare for an exciting match-up. Current champion Alexander Volkanovski will defend his title against The Korean Zombie on April 9. The two possess an exceptional set of skills which will make it a great fight. However, recent polls and early predictions that fans within the MMA community believe one has a significant advantage over the other. Do you agree with those early predictions and odds? And how do you see this fight playing out?

One of the Most Stacked Divisions in the UFC

Although the UFC recruits the best talents across all weight classes, there is something special about the featherweight division. It possesses one of the most talented and competitive mixed martial artists in the organization. Apart from the champion, the top five featherweights are all deserving of carrying the belt. For example, Max Holloway is currently occupying the #1 spot and is a former champion with and fought for UFC a total of eight times.

Similarly, the other four contenders have cleared out the division to get to their rankings. For instance, Ortega has suffered only two losses throughout his entire career and both came against Holloway and current champion Volkanovski. Also, Yair Rodriguez, the Korean Zombie, and Calvin Kattar are not far behind in terms of skill. This shapes things up things nicely for the UFC featherweight championship odds as each of the previous names has the potential to get the belt. However, in this article, we will be focusing specifically on the upcoming title bout between Volkanovski and the Korean Zombie. Who takes this one?

Alex Volkanovski is a Worthy Champion

There is no doubt that Alexander Volkanovski is currently the king of featherweights. The Australian mixed martial artist is on a record of 23 wins and one loss only, with an undefeated streak in the UFC. The 33-year-old tore through the division before snatching the title away from Holloway in 2019 and successfully defending it against him one more time. Although some fans within the MMA community believe that Holloway won the second fight, the judges saw it differently. Regardless of that, this should not take away any credit from Volkanovski as he deserves to be the featherweight champion. Additionally, he cemented this position with a successful title defense over Brian Ortega in September of last year. With his upcoming title defense against The Korean Zombie, bookies have published their UFC Featherweight championship odds and predictions. How will things play out when the two meet inside the octagon?

Does the Korean Zombie Deserve This Opportunity?

Initially, the UFC targeted a trilogy between Volkanovski and Max Holloway. However, due to an undisclosed injury, the latter had to pull out from the even. As a result, the matchmakers scrambled to find a replacement, and the Korean Zombie was available. Although he may not be the first choice, but given the current situation with the other top contenders unavailable, he deserves this opportunity. He is on a record of 3 wins and one loss in his last four fights with that loss being against former title challenger Ortega. With that in mind, fighting for the championship is a whole different level, so what do the UFC featherweight championship odds indicate? Will The Korean Zombie rise to the occasion take the belt away?

With reports confirming the featherweight title bout for the UFC 273 event, fans took to social media to make their predictions. Both fighters are well-rounded mixed martial artists with excellent striking skills. Therefore, it is expected to be an exciting match-up as former champion and analyst Daniel Cormier expressed that The Korean Zombie has dynamite in his hands. A recent poll on tapology asking fans about their early predictions indicated that the champion will likely keep his belt. The results showed that 86% believe that Volkanovski will easily win, while the remaining 14% predict a major upset. However, let’s keep and mind that the fight game is one of the craziest and most unpredictable sports in the world, so anything can happen on that night. With that in mind, let’s see what bookies had to say in their UFC featherweight championship odds.

After the confirmation of the title bout, bookies published their UFC featherweight championship odds. It seems that fans and bookies are generally agreeing with Volkanovski being the favorite for the matchup. However, bookies and online sportsbook sites in the United States were a little more conservative in their betting odds. For example, 22BET Sportsbook reveals that the champion opens as the favorite with betting odds at 1.356. On the other hand, The Korean Zombie opens as the underdog but is not far behind as his odds currently stand at 2.99. If you want to pick the safer option, then going with the champion is the logical choice to take. However, remember that anything can happen inside the octagon as one punch could literally change the outcome of the bout.