Alcohol and betting aren’t compatible in the UK. 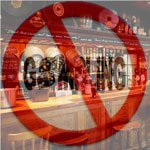 Many became enthusiastic – and others got anxious – by recent reports that betting shops would soon open business in UK pubs. It turns out that this piece of gambling news proved to be a false alarm, stemming from a misunderstanding of new planning rules.

These regulations allow empty high street shops to reopen under different licenses without prior public consultation, in order to replenish empty city centers with shops and other businesses. This was misinterpreted by some critics as creating the possibility for bookies to operate on pub premises.

According to Kate Nicholls, speaking for the Association of Licensed Multiple Retailers, the reports are “simply not true”.

“Whilst the planning law would allow an empty pub to be converted into a bookmaker you could not split the premises in two and operate both side by side,” said Nicholls, adding that British gambling law “prohibits gambling in pubs and regulates the activities in gambling premises. It is simply not possible for a pub to have an alcohol and a gambling licence.”

There are many venues and opportunities to play slots or bet on sports in the UK, but pubs are not among them. While it would be possible to split an empty business in two, in order to reopen as pub and a betting shop, the resulting establishments would have to be separate businesses, both legally and physically. This possibility, however, is not a new feature, but has been the case since Gambling Act 2005 came into effect.

The government has also confirmed the correct reading in statement last Thursday. “There is a statutory prohibition in law on a betting shop operating from a pub. Betting premises are licensed through the Gambling Act 2005. Secondary legislation imposes a mandatory condition on the licenses of betting shops that the consumption of alcohol on the premises is prohibited. There is thus a legal prohibition on a betting shop from operating from a pub,” read the release.