It’s bad news and good news today for advocates of legalizing Internet gambling in Indonesia. The bad news is that casino websites 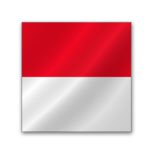 It’s bad news and good news today for advocates of legalizing Internet gambling in Indonesia. The bad news is that casino websites and online Indonesian poker rooms are still getting lumped in with pornography in a proposed nationwide access ban to certain websites. The good news is that most observers doubt that enforcement of the proposed ban is even possible.

Indonesian minister of communication and IT Tifatual Sembiring stated yesterday that his government’s Internet filter plan would be installed, running, and blocking websites to Indonesian citizens by mid-September, adding that “We should not wait too long because more people will copy the material.”

The entire firewall plan was set into motion based on a request from the Indonesian Child Protection Commission that the Anti-Pornography Law of 2008 be strengthened and anti-gambling interests have managed to get gaming lumped in for potential banning as well.

Commission chairman Hadi Supeno said the government controls would only cover websites with “harmful content,” which he defined as encompassing pornography, gambling and excessive violence.

And while Tifatul claims that the government will “develop a standard definition” under which to ban or close websites, the Anti-Pornography Law has been accused of vagueness by most and is completely ignored by entire provinces such as Bali. In order for the new ban to work, sites will have to be addressed IP by IP, a process that would allow operators to simply switch the material to another website.

Currently, Internet poker and online casinos in Indonesia are currently based on foreign soil with no firewall or blockers. As stated previously, Indonesian gambling law is quite vague and few arrests have ever been made in the gaming world of Indonesia.