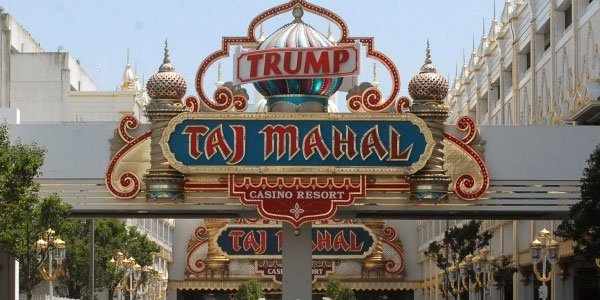 In efforts to stop the popular gaming destination from closing its doors, union members have proposed counteroffers to the casino leadership.

With the dire economy of New Jersey not getting any better, numerous big casino centers have been forced to cease providing services and stop all gaming operations. In recent times casinos have tumbled like dominoes as each one has been unable to stay afloat in the negative economy. The famous Trump Taj Mahal is no exception to these grave circumstances.

The company has informed its workers that it will be shutting down pretty soon, which has caused a furore from its employees. The closure of the Taj Mahal would make it a total of five casinos out of twelve that have been put out of business. However, in order to prevent that from happening, the workers of the establishment have tabled some serious proposals.

Unions and the casino cannot come to an agreement

Gambling news reports that Taj Mahal wants to cut costs by eliminating health care and pension plans. This is what led to the initial clash between the prominent casino and the union that represents the workers’ interests. The company tried to fend off the protesters as the hearing to its fate drew near and even called the event a “harassment” of convention clients.

During a court filing that took place last Tuesday, Local 54 of the Unite-HERE union tabled some propositions to the heads of the company to consider. The counteroffer involved that they would agree to smaller pension contributions, however they would not support any offers leading to abolishing the pension funds.

In a desperate attempt Trump Entertainment Resorts wants all of the employees to forgo their entire pensions as part of the restructuring efforts. However the company didn’t stop at pension funds alone, as they are also seeking the workers let go of their health care coverage in order to save money and prevent the casino from closing.

Should Trump Entertainment fail in its bid to keep the casino open, the current date for the closure is set for November 13, per US gambling laws. In efforts to stay afloat, the organization has sought help from Atlantic City officials to provide them with tax breaks and other forms of subsidy, while also hoping their proposed union concession work out.

Restructuring process proves to be difficult

Taj Mahal has also shopped around for a new investor that could help them out with their current predicament, which has led them to come across billionaire Carl Icahn. Icahn, who’s personal fortune is valued at $26 billion, has great experience in the gambling industry as he owned a number of big name casinos throughout the years.

In 2008 he agreed to sell his stake of American Casino & Entertainment Properties, which controlled four casinos in Nevada, three of which were in Las Vegas. He received $1.3 billion for the deal. He is not a stranger to the New Jersey scene as well considering that he led the charge of a $200 million takeover of the Tropicana Casino and Resorts Atlantic City.

Now Taj Mahal are hoping that Icahn will do the same with their casino and inject somewhere around the $100 million mark into the casino which would essentially result in him owning them. Trump Entertainment is pushing hard on all fronts to rescind its contract with the union and they have sought the help of a Delaware court scheduled for October 14 hearing.

Both parties are looking to have a meeting to discuss the possibilities of a takeover. Trump Entertainment’s CEO, Robert Griffin, did not want to directly comment on the union’s new counteroffer but did say the company, “will remain committed to negotiating in good faith. We hope to make the most of the three hours we will be meeting for on Friday.”

The union representatives have expressed their views on the potential acquisition of the company by Icahn. Online casinos in US report that union wants to have the same benefits as proposed to the current leaders of the Taj Mahal and they also strongly insist that the contract with the union remains on the table once the proposed purchase is complete.