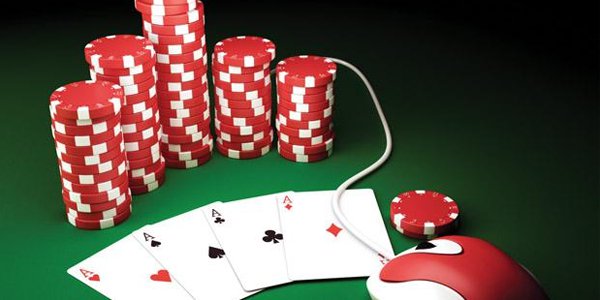 With the expansion of online gambling, some dodgy operators are serving as money laundering centers.

Online gambling has exploded over the last few years with more of us than ever taking to the keyboard to have a flutter on our favorite sports or wager a little on the game of chance we prefer. It’s a miracle of modern technology and one that has show itself to be a sustainable revenue stream over the long term.

With properly regulated and well run sites like Bet365 providing their customers with accessible, flexible service delivery across multiple platforms the industry has made huge strides in a very short time. Unfortunately whilst legal operators do business within the already quite liberal gambling laws in the UK many sites remain outside the law.

These unlicensed sites can be based anywhere, pop up and vanish in an almost random manner and, unfortunately, tarnish the rest of an industry where the vast majority conform to local laws and submit to proper regulation and oversight. They also attract unsavory elements and other criminal behavior.

Some of these illegal, unregistered, unlicensed sites are home to the gambling syndicates that have ruined sports with match fixing and FIFA’s corrupt referees. Others are involved in the pernicious money-laundering trade that might be doing the most harm to the industry overall.

• Dark parts of the internet are also favored by criminals

According to researchers at the computer security giant McAfee the rise of anonymous online casinos in the UK and elsewhere is becoming a serious issue for both the authorities and legitimate license holding operators. The ability for criminals to use these illegal sites to launder the proceeds of other illegal activity is alarmingly simple.

The biggest issue is that these illegal sites are all but untraceable. Their locations hidden by numerous virtual private networks (VPNs) these sites can be operating from anywhere in the world including right next door. The Tor Network (often called ‘the dark web’) provides a level of anonymity that is hard to penetrate even for the intelligence community.

This is perhaps the most damaging part of illegal gambling websites. Their anonymity might seem like a cloak-and-dagger affectation but in reality it’s a simple illegal circumvention of regulation whereby they can ignore any need for the licenses that legal operators have to obtain to do business.

Coupled to that, you have the payment methods and transaction volumes. The sites may use Bitcoins (a virtual currency) which creates an almost complete disconnect between the sites and their customers. Add to this the massive number of transactions per day and you can see why hiding illegal activity amongst the numbers isn’t difficult.

It is actually hard to comprehend the sheer scale of the problem. With the gross winnings of online gamblers exceeding 32 billion dollars in 2013 and set to rise to nearly 40 billion by 2015, the industry is constantly growing and unfortunately so is the number of illegal sites.

Raj Samani (EMEA CTO at McAfee) pointed out that this rising number of illegal sites will make any effort to combat them difficult. And expressing surprise that: “…the sheer size in number of unlicensed online gaming operators, which is about ten times the size of the legal ones.”

With illegal sites outnumbering legitimate properly regulated and licensed sites like Bet365 the authorities are attempting to stamp out a forest fire that is already burning merrily. A fact the industry is all too well aware of and it is attempting to assist in fighting back against this invasion of money movers.

Cooperating with law enforcement and regulatory bodies the industry is already doing what it can to be part of the solution not the problem, but in the end it is the technology which made gambling more accessible for us that is facilitating it’s perversion for criminal uses.

With data traffic now exceeding even the wildest expectations of ISPs and net gurus the world wide web has become both a centre for commerce and entertainment, information and crime. Monitoring it all for illegal activity is all but impossible requiring resources that even nation states would find difficult to muster. Just ask the NSA.

The dark web and Bitcoins might produce anonymity after the fact but the use of illegal gambling sites to launder money is now so widespread there is a danger that the only solution will be to bring in technological restraints to prevent them being used in this manner.

Obviously this sort of draconian imposition does not go down well with the public and the IT industry as a whole tends to balk at the very idea, the problem is the gambling industry is going to need a workable solution or risk facing a backlash from authorities who may well throw the baby out with the bath water as a knee-jerk reaction.

Many put faith in technology finding a solution to the problems technology has created and certainly there is some evidence for that, but it could be a long wait. In the meantime legitimate legal businesses like Bet365 are having to be watchful they themselves aren’t used by these criminal elements.

Read more about how the gambling industry is fighting money laundering.