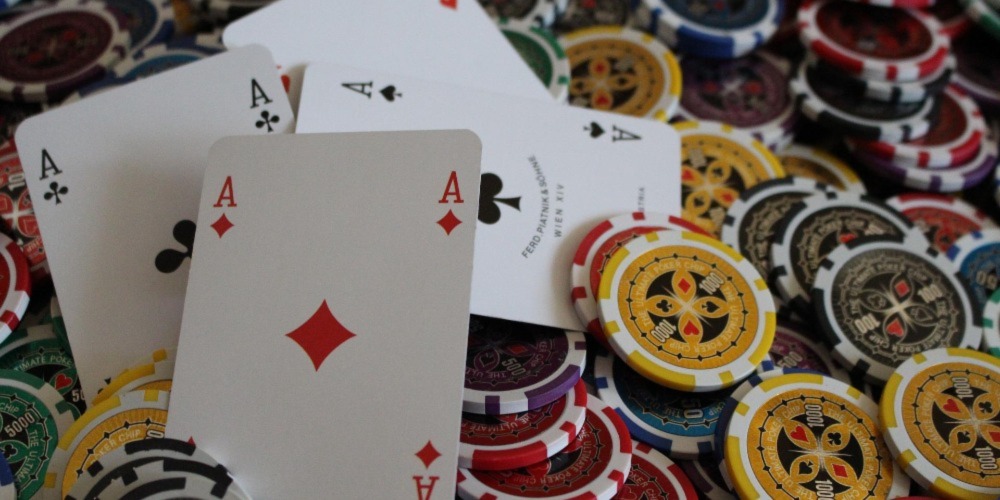 If you’re a regular poker player, you’re surely aware of some unwritten poker rules that are also important to follow. Like slow rolling, calling the clock unnecessarily, or angle shooting. If you’re not sure, what these phrases mean exactly, just read our summary below. So next time, you’ll be more comfortable and won’t break any of these rules.

Poker is one of the most popular card games all around the world. People play it at home, with friends, or at casinos. But if you’re new to the game, you must learn all kinds of rules before joining a poker party. And we don’t only talk about the names of different hands or moves. But also about some unwritten rules that are also important in order to have a nice atmosphere at the table. Some of these elements of poker etiquette are quite obvious while others might sound a bit surprising at first. Let’s take a look at some of the most important ones.

1. Respect Other Players and The Dealer

It is probably the most obvious but also very important rule, that all players should respect each other and the dealer too. You are likely to spend the next few hours with the same people, so having good terms with them can only help. It’s the same if you’re an experienced player and you play against beginners.

Be patient and don’t rush them as they might need more time than you. They can also commit mistakes, like showing their cards at the wrong time. But don’t get angry, just remember the times when you started to play.  The same is true about the dealers. Don’t argue with them if they make any mistakes as they are only humans. And don’t blame them for not winning.

Paying attention to the game is another important piece of the unwritten poker rules. For example, if you listen to music on a headphone, you won’t hear what the dealer says. Also concentrate on the game only, especially if you play it online. You’ll only slow down the game and frustrate the others with slow responses. And you also ruin your chances of winning by not paying full attention. The same applies if you play poker at one of the online poker sites in the US. Don’t always use the available time, try to act quickly if you know your next action.

3. Don’t Call The Clock Too Soon

To stay with the above-mentioned issue, players can ask the floorman to limit a player’s time if he takes too much time to make a decision. It’s called calling the clock. After that, the player only has 60 seconds to act. But calling the clock too soon can be an unfriendly move, which won’t earn you any good points at the poker table.

Angle shooting is an unethical move to take advantage of less experienced players. It can be used for moves like:

All these actions are bad, even if the general rules of poker don’t forbid them. But if you use any of these, you’ll lose the respect of the other players for sure.

If you don’t show your cards in time at the showdown even when you have the best hands, is called slow rolling. It’s another unethical act as you make your opponents believe that they can still win.

Another example of slow rolling is when a player is all-in and you take a very long time before calling with the nuts. (best possible hand). So if you have a winner, don’t be rude and just show it.

6. Don’t Talk When You’re Not In The Hand

Chatting between players is not forbidden but you shouldn’t disturb players if you’re not in the hand. You can distract them and even give out information. So wait until the end of the hand, if you have something to share. But even then don’t patronize anyone if he did a mistake or teach him how to play. On most online gambling sites in the US, there is a chatbox too, where you can communicate with the other players. But don’t overuse it, as it can be disruptive too. And certainly don’t express your anger and type in all capital letters as it can be very annoying.

7. Don’t Reveal Your Cards Until Others Are Playing

Another unwritten poker rule is about not revealing your cards that you folded until others are still playing. And not giving out any information about your hold, even if you’d had a very strong hand. It is also important that you don’t show your hand to anyone when you’re playing. Probably it might sound like weird advice, but you might be tempted to show your cards to your friend if he has already folded. But it is not acceptable behavior at the poker table, so just keep your cards to yourself.

+ Be a Gentle Winner

If you were lucky, don’t over celebrate your winning whatever amount you have won. What is an even worse thing to do is make a hit and run. So winning a big pot and leaving the table straight after that. Just remember, you can easily lose all those money at another table so try to stay at the same one after winning.