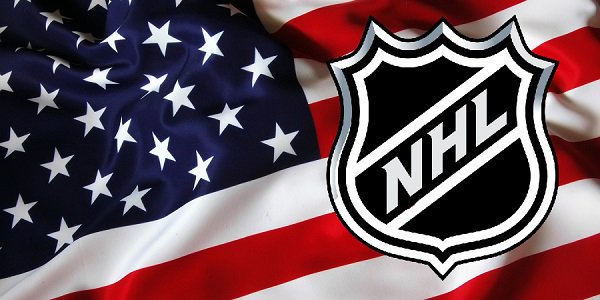 Are you a US fan of betting NHL games, and wondering who should be at the top of your NHL betting picks this hockey season? Read part 1 of 3 of this review of teams and US NHL outright odds for the 2015/16 playoffs.

It’s been nine years since the Anaheim Ducks have won the Stanley Cup. Still, they’re considered to be a team to beat in the Western Conference, and so are a mainstay in online sportsbooks in US. The only thing that is holding them back from regaining their former glory is their lack of solid goaltending and the ages and decline star forwards Corey Perry and Ryan Getzlaf.

The Arizona Coyotes haven’t qualified for the playoffs in the past three years, and there’s good reason to believe that they won’t make this year’s either. They’re still early in the process of rebuilding their team and it may take a few seasons still for them to bounce back. They’ve got some solid goaltending in Mike Smith, but the rest of the team doesn’t measure up just yet, making the Coyotes an unpopular pick at online gambling sites.

This off-season the Bruins made more significant changes to their roster than any other team in the league. They traded off a large number of core players, which could be worrying, but to make up for it bulked up their offense with young forwards like Patrice Bergeron and David Krejci.

The Bruins pulled a bold move in changing up their team so drastically. Whether or not they will make the playoffs is still uncertain, and fans of top US sports betting sites should be cautious when putting money on them.

The Buffalo Sabres had an embarrassingly bad 2014/15 season, but their strong off-season suggests that they’re on their way to becoming a playoff-worthy team. They’ve added some new young players to their offense and defense who have the potential to work well with the team’s veterans. That said, if their goaltending doesn’t improve, they won’t stand a chance this year, which places them at the bottom of NHL hockey betting lines.

The Carolina Hurricanes are widely considered the team to most avoid when doing NHL betting online. Their 2014/15 was largely forgettable and with little change to their roster during off-season, hockey fans and fans of internet betting in US should expect this season to be no different. Don’t expect many wins from the Hurricanes this year, or any year until they start properly rebuilding their team.

The Chicago Blackhawks are the reigning champions of the league, having won the Stanley Cup three times in the past six years. The team’s experienced some shakeups this year after trading off some of their star players, but they’ve still got plenty of top-notch talent left including defenseman Niklas Hjalmarsson and renowned goalie Corey Crawford.

Even with the roster changes, there is no question about it: The Blackhawks are the clear favorites to win this year’s Cup. As such, they’re also on the top of the list of every site offering online gambling in the US, and should be at the top of your list too when making your NHL betting picks!

There were high hopes for the Colorado Avalanche after its 2013/2014 success, having won the Central Division and making it into the playoffs. So it was shocking when last year a lowering shooting percentage and a rising number of injuries pushed them to last place in the division.

While their performance last season was disappointing, bet on it being an anomaly. This year they’ve got a number of talented forwards, including Matt Duchene and Nathan MacKinnon, an improved defense, and a strong goalie, all of which is edging them up the NHL hockey betting lines.

The Columbus Blue Jackets had a strong finish in 2014/15, so their NHL betting odds for the 2015/16 season are optimistic. However, if they want to be Metropolitan Division contenders, the team has to significantly improve its defense; it is inarguably the Blue Jackets’ biggest weakness. Thankfully, defensemen David Savard and Jack Johnson appear to be shaping up nicely. If their defense continues to improve and they manage to avoid the injuries that contributed to their downfall last year, they could be a team to watch.

Here you can find GamingZion’s review of the Canadian teams before the 2015/16 NHL season. This article also continues with a second part here.