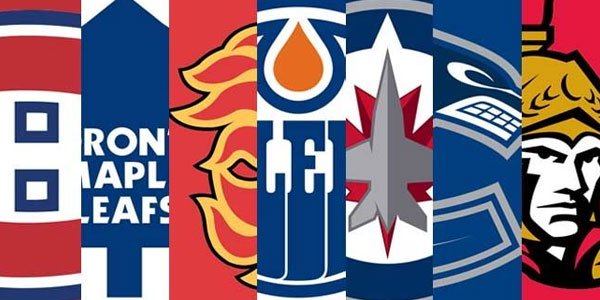 Are you a Canadian player looking to do some NHL betting online this hockey season? Take a look at this review of teams and Canada NHL outright odds for the 2015/16 playoffs.

With the 2015/16 NHL playoffs in full swing, Canadian hockey and gambling fans are looking to bet on sports in Canada and want the best NHL betting tips and NHL betting picks. Look no further with this comprehensive list of teams and Canada NHL outright odds for the Stanley Cup, featuring odds from Intertops new online sportsbook!

The Montréal Canadiens (French: Les Habitants) are at the top of NHL hockey betting lines and online sportsbooks in Canadaevery year, and for good reason.

Everyone’s favourite French Canadian team arguably has the most passionate fan base in the NHL, which gives them a major advantage during home games. Not that they really need it: they’ve continually crushed their opponents both at home and on the road.

The Habs don’t typically have high scores in games because they don’t need them, thanks to their defense and goaltending. The team’s goalie Carey Price is one of the best in the league and the backbone of the team, while two-way defense pairing P.K. Subban and Andrei Markov are legendary.

It’s been a while since the Calgary Flames have been considered frontrunners in the NHL.

However, when they made a surprise run to the second run of the playoffs last year, they become one of the league’s underdogs, and there’s high hopes that they will match and exceed last year’s performance in the 2015/16 season.

The Flames’ roster now consists largely of young players like Sean Monahan and Johnny Gaudreauwho continue to improve with each season. Their repertoire of new talent makes them a team to look out for when betting NHL games.

The Vancouver Canucks are a tough call this season, given that their roster is a mix of players who are either past their prime or not yet in it. They’re trying to rebuild their team with young players, but the rookies aren’t good enough yet to compensate for the lackluster performances of older players like theSedin twins and Ryan Miller.

As the age of the team’s star players’ dip, so do their NHL betting odds, which means players could be taking a serious gamble if they bet on the Canucks this 2015/16 season.

The Winnipeg Jets achieved the status of being a playoff team last season, and there’s a strong belief that they’ll do the same this season, which means fans participating in internet gambling in Canada are keeping the Jets in mind when doing their playoff picks.

This is thanks to the fact that their team has more or less stayed intact since last year, aside from the addition of new young talent that could potentially improve their performance.

The Ottawa Senators are another Canadian team full of new young players like Mark Stone and Mike Hoffman. They made the playoffs in 2014/15 and proved themselves to be a strong, competitive, and smart group.

As the rookies confidently enter their sophomore year, there is no reason that the Senator’s can’t make the playoffs this year, according to leading Canadian sports website Sportsnet.

For nearly a decade now, the Oilers have consistently had poor performances in the NHL playoffs, putting them at the bottom by nearly every online sportsbook.

This might be the year of change, however, as they’ve got a number of new, stronger players, including former New York Rangers goalie Cam Talbot.

Still, we’d be careful putting money on them.

This year, the Toronto Maple Leafs are trying to completely overhaul their team.
They’ve taken on new coaching staff and management, and traded off some star players.

This 2015/16 NHL season, the Maple Leafs are a work in progress. They might show signs of improvement this year, but don’t expect them to make the playoffs.

You can read similar articles about the American teams’ odds here and here.