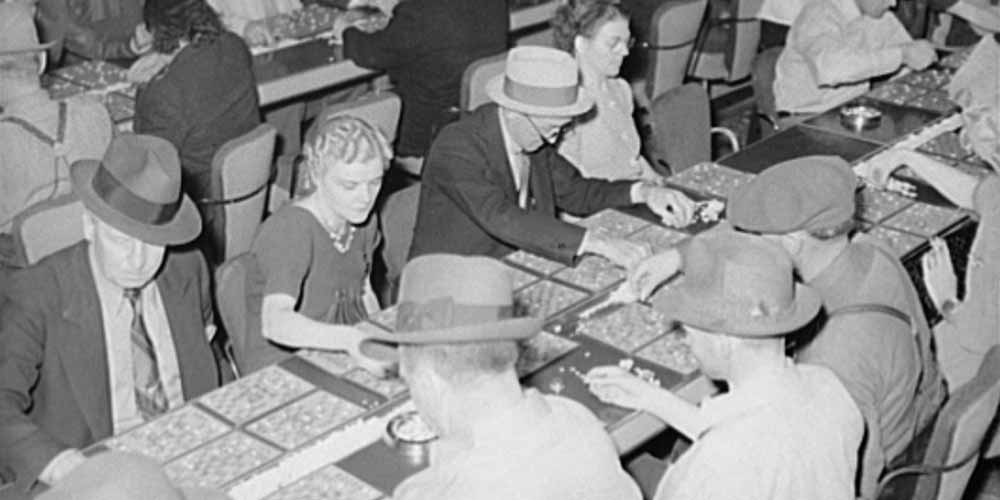 Bingo is a popular game of chance with its own terminology and slang dictionary every player should know. Find a comprehensive list of thirty useful bingo terms and expressions as well as slang words to play like a pro at online bingo sites and in bingo halls.

All new bingo players are recommended to learn the most popular bingo terminology. It will help to become more experienced in both online bingo and live bingo you can find in special halls. In addition, it is necessary to know what different bingo terms and expressions mean, so players can make better decisions and act like professionals.

Below you will find a list of fifteen useful bingo terms and expressions every beginner player needs to know.

Blackout – a term in American bingo where players need to mark off all of the numbers on a specific card.

Buy-in – the minimum amount of money the player needs to pay to join a bingo game.

Bingo variations – types of bingo that have different rules, number of balls, and winning conditions. British and American bingo are the two most popular bingo variations.

Caller – also known as a host, this is a person responsible for calling out the winning numbers.

Card – a paper card in bingo halls or a digital card at online bingo sites in the UK containing the numbers players deal with.

Flashboard – an electronic board that contains all numbers available in a bingo game and highlights the winning ones.

Free space – in American bingo, this is the space in the middle of a bingo card that is empty but always considered “filled”.

Instant bingo – a bingo game in which players don’t wait for a draw and have winning numbers pre-printed and hidden on their cards.

Moneyball – the first numbered ball that is drawn before the start of the game. Usually, it doubles the player’s potential winnings.

The National – national bingo games that take place simultaneously in different bingo halls. To win, the player needs to be the first one to mark off all numbers.

Pattern – designs on bingo cards that players need to mark off in order to win. Different bingo games can have different patterns.

Wild number – a special number in some bingo variations that all players can mark on their bingo cards.

Winner-Takes-All – a bingo game in which the winner takes the whole prize pool made up from all other players’ bets.

Besides useful bingo terms and expressions, experienced players should know popular slang words and nicknames for numbers. Both are widely used in bingo halls and on sites like Chit Chat Bingo.

1TG/2TG – “one-to-go” and “two-to-go” mean one or two boxes left for a player to win respectively.

Duck – a nickname that denotes “2” in bingo games due to its resemblance to ducks.

Kelly’s Eye – a nickname that denotes “1” in British bingo and is a reference to Ned Kelly.

Life Begins – a nickname that denotes “40” and refers to the famous proverb “life begins at 40”.

Lucky Jar – a prize that players receive if they guess the lucky number that was drawn out at the beginning of the game.

Mushroom – e-terminals in bingo that contain from six to eight numbers and are assembled to form a mushroom.

Nine Pack – a pattern in bingo that requires players to mark off nine squares in a 3×3 block in order to win.

Old Age Pension –  a nickname that denotes “65” in British bingo and is a reference to the age of retirement in Britain.

Roomies – players who communicate with each other while playing bingo in the same hall or bingo room.

Six Pack – a pattern in bingo that requires players to mark off six squares in the shape of a block in order to win.

Steps – a nickname that denotes “39” and is named after the movie The 39 Steps.

Top of the Shop – the last number in any bingo game.

Valentine’s Day – a nickname that denotes “14” and is a reference to February 14.

Wrap Up – the closing game in the whole session in bingo halls and online gambling sites in the UK.