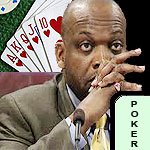 Last week, Nevada State Assemblyman William Horne introduced bill AB258 that would legalized online poker within Nevada for all state and foreign poker room operators. The bill, if voted into law and signed by the governor, would require Nevada State gambling regulators to develop a new set of guidelines to accommodate online poker rooms.

All companies that are directly related to online poker, such as poker web hosts and online poker software developers will also come under the jurisdiction of the Commission.

The bill forbids the Nevada Gaming Commission from discriminating against any foreign company or individual that permitted American residents to play online poker in United States despite the 2006 Federal prohibition. Offshore poker rooms, including Full Tilt Poker and PokerStars, seem to be the targeted of the new legislation which will effectively open up the Nevada online poker industry to foreign competition.

“Online poker has been growing like gangbusters. It will provide a new source of revenue that we aren’t able to enjoy right now. It would have been great if it was done back in Washington, yet it doesn’t preclude Nevada from doing something about it. The writing has been on the wall that if the federal government doesn’t act to regulate regulate internet gambling and online poker, then states will try to do so, “said Horne, D-Las Vegas.

A large number of multi-billion dollar Las Vegas Casinos have immediately expressed opposition to AB258. According to multiple press-releases, major traditional Vegas casinos are firmly against individual state poker regulations before a comprehensive overhaul of American gambling laws at the Federal level.

Mr. Jeff Ifrah, an attorney representing Canada-based online casino industry, expressed a widely held view regarding the entry of established foreign online poker websites into the USA market. “The bill opens up the possibility of partnerships between traditional Nevada casinos and major offshore poker operators. Casinos that oppose it would rather have exclusive competition than give players what they want,” he said.

The casino industry’s biggest trade group, The American Gaming Association, refused to comment on the bill.