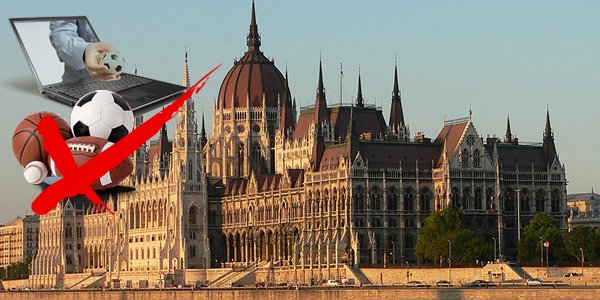 A number of famous sports betting operators, including Bet365, bet-at-home and Ladbrokes, have already been blocked.

Now that the FIFA World Cup betting bonanza is behind us, Hungarian gamblers are in for a very unpleasant surprise. Officials have declared war against foreign wagering companies and have already started to block their websites.

So if you’re looking to bet on sports in Hungary, your options are very limited at the moment. In fact, they are slowly disappearing one by one, leaving you with the obvious choice: the state-owned Szerencsejáték Zrt.

Ten years have passed since online wagering first became available in the country, but now the local administration is preparing to completely change the face of Hungarian sports betting.

These major sports betting sites have already been blocked:

If you’ve just attempted to log into your Hungarian sports betting account, only to find that your favorite site has been blocked, we feel for you. Instead of the usual tennis, horse racing, hockey or football odds, a warning message shows up on your computer screen, letting you know that the service you’re trying to access is not available in your country anymore.

Soon after the football championship in Brazil came to an end in July, authorities decided it was time to block all sports betting sites that don’t hold a Hungarian license. All this based on a Hungarian gambling law initiated in 2005, which officials only started to apply last year.

The government has long promised to launch its own online sports betting service, but this didn’t actually happen until 2013 when TippMixPro finally went live, with a one-year delay compared to the initial deadline announced by officials.

The ultimate goal is obvious: to leave Hungarian gamblers with no other choice but to spend their money on services offered by the government-run company, instead of foreign operators who don’t pay taxes to the state.

Over the past few years, this touchy subject has been debated several times. It is well known that countries that block EU-licensed operators often end up being scolded by the European Commission. At least that’s what happened to Romania, Belgium, Poland as well as several other European countries last year.

While European laws require all member countries to grant free movement of services, local authorities are refusing to allow operators who don’t possess a Hungarian license. These companies have to apply for an authorization and pay all fees and taxes imposed by the National Tax and Customs Administration.

Hungary is not the only European country that forces foreign operators to pay extra to have access to local players, but the high EUR 325.000 licensing fee, plus additional taxes on gaming seem to be designed to discourage any such attempt. Meanwhile, TippMixPro doesn’t have to meet any of these licensing requirements, and this gives the state-owned operator a huge advantage which many consider to be unfair.

However, the shutdown is temporary. According to announcements published by the tax authority, foreign websites will be blocked for 90 days. Of course, this doesn’t mean that the measure can’t be extended, and it probably will unless companies pay up.

According to Szerencsejáték Zrt., the Hungarian gambling market is worth about EUR 1 billion, but foreign operators claim it’s much more valuable than that. Some of them estimate its value at a minimum of EUR 1.3 billion, while others dare go as high as EUR 3 billion.

Many would argue that tennis, football and other such sports are far less entertaining if there’s no betting involved. But there is a bigger problem with this sudden blocking of foreign websites, and namely that it was done without warning, so many gamblers have their funds stuck in accounts they can’t access anymore.

Unless they can afford to travel to a foreign country just to be able to log into their accounts, their only option is to get in touch with the respective sports betting operator.

Meanwhile, some foreign companies are trying to trick the system and find other ways to reach their former customers. These online bookmakers have started to set up their services on new domains, and have even contacted clients by email, offering them alternative links that haven’t been blocked yet.

Identifying all foreign websites and blocking them one by one certainly seems like a Sisyphean task, but the Hungarian Government is determined to go through with it. It remains to be seen whether the European Commission will allow it.