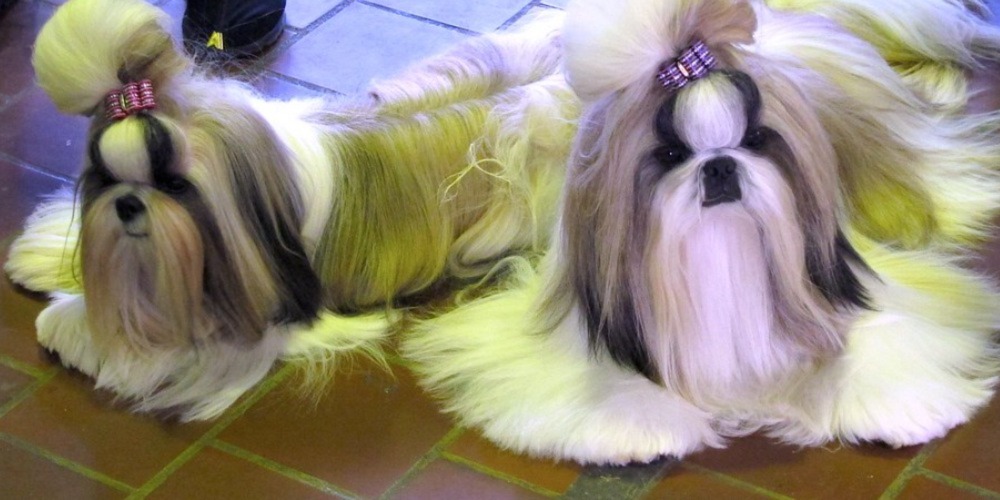 The first Westminster Dog Show took place in 1877. They founded the Westminster Kennel Club the same year, making it America’s oldest organization dedicated to the sport of purebred dogs. If you love dogs and competitions, don’t miss out on America’s second longest-running sporting event behind the Kentucky Derby. Scroll down for our Westminster Dog Show Betting Guide!

In 1877, New York was well on its way to becoming the largest city in the world, and that was the year a group of hunting and sporting dog owners decided it was time to organize a dog show in Manhattan. This is how the story of the Westminster Dog Show began, which grew into the largest dog show in America after a few years.

This was obvious, as another step in the continuous development was to broadcast it on television, and millions of viewers watched it in America. The first TV broadcast of Westminster was in 1948. Westminster thus became the center of America’s dog shows. The Westminster got its name from a long-gone Manhattan hotel, where hunting and sport dog gentlemen dined together.

Based on their love for dogs, they decided to create a Club, but they couldn’t agree on a name, and then they came up with the idea of ​​naming it after their favorite hotel, which is how it ended up called Westminster Dog Show.

At the finals of the dog show, a fluffy-eared English thoroughbred named Trumpet won the prize for the best in the show. As part of a good Westminster Dog Show betting guide, you should know a bit about the previous winners.

For instance, if you take a look at the winners of the past 146 years, you will see that the most common BIS, so the most beautiful dog in the show, winning breed is the Wire Fox Terrier, taking the gold medal home 15 times, while the standard poodle triumphed five times. So their odds of winning are very good. If you see the past ten years, the Pekingese won twice, so keep an eye on them too.

Also, keep in mind that medium size dogs win most of the time. Big Danes have never won before, and big dogs usually don’t make a memorable impression on the judges. There is an interesting pattern here. The Newfoundland won twice in 1984 and 2004, while the BIS title went to German Shepherds in 1987 and 2007. So, since the Scottish Deerhound became first in 2011, it’s a possibility that they will award it again in either 2031 or 2041.

Pembrooke Welsh Cordies joined the show in the 1930s but have never won so far, but have come close to the first place more times than the other breeds. Another interesting fact is that the two most popular breeds, the Golden and Labrador Retrievers haven’t won BIS, only Best of Group a couple of times. Also, check out the judges’ specialties and preferences, even social media sites, because if a judge had been judging a particular breed before, there is a chance they would choose it as the best winner.

However, these pieces of information refer to the Best in Show category, though sub-categories have winners based on the breed standards, so consider these statistics before betting at an online gambling site in the US! Be sure to visit the Westminster Dog Show website, as well, and draw a conclusion based on which breed they posted the most pictures or wrote about more times, etc. When you are a bettor on a mission, you have to prepare well before placing a winning bet, right?

Now, let’s see the main categories! The gound group has been around since 1930 and is a group of hounds, obviously. This category includes pack dogs, greyhounds, beagles, basset hounds, and dachshunds, who use their excellent sense of smell to track, find and guard game. The next one is the toy group. Toy dogs were bred to be companions for people. They are full of life and often resemble their larger cousins ​​in spirit.

This group also includes the Pomeranian Spitz, the Papillon, the Chihuahua, the Maltese, the Pug, and the Toy Poodle. There is the sporting and the non-sporting group. The latter has those breeds that, based on their characteristics, do not fit into the other groups, are not sporting dogs, but are excellent companions for people. This group includes bulldogs, dalmatians, poodles, chow-chows, and many other breeds.

Then there is the herding group which the organizers separated from the working group in 1983. The breeds that belong to this category have a natural herding instinct. Their purpose is to serve farmers and ranchers with their work, to herd livestock from one place to another. Such breeds are briard, collie, and bobtail. Also, there is the BIS, best in show, title of which you can find more details at online gambling site in the US!

Fun Facts About the Dog Show

The first pointer of the members of the Kennel Club was Sensation, who at that time was registered as the pointer with the most beautiful head. The Club honors his memory in its logo to this day. You can read Sensation’s story at online gambling site in the US or on the Kennel Club website. In 1877, the Westminster Kennel Club held its first exhibition called The First Annual New York Bench Show of Dogs.

The dog show has survived power outages, blizzards, and two world wars. The Empire State Building first honored Westminster with its lighting in 2004. They lit up Westminster in purple and gold from there, and they repeated it in 2012. In 2005, there was a live broadcast on the website of Westminster for the first time, which was an instant and huge success. Until 2011, a total of 301,650 dogs visited Westminster’s 134 exhibitions. Including the 2011 exhibition, 1,705 judges judged at least once at Westminster, some more than twenty-three times.

The only dog ​​in the world, a Papillon breed, Ch. Loteki Supernatural Being managed to obtain the BIS title of the World Dog Show in 1998 and the BIS title of the Westminster in 1999, two years in a row. In the history of Westminster, a 10-year-old Sussex spaniel, Ch. Clussexx Three D. Grinchy Glee was the oldest dog to win the BIS title in 2009, and the youngest winner was a long-haired collie, Laund Loyalty of Bellhaven, who was only 9th months old. There are more dog shows out there, check them out as well at Bet Online Sportsbook! For example, click on the link to read about the World’s Ugliest Dog Contest which is also the cutest!