What are the Best Value Premier League Winner Odds? 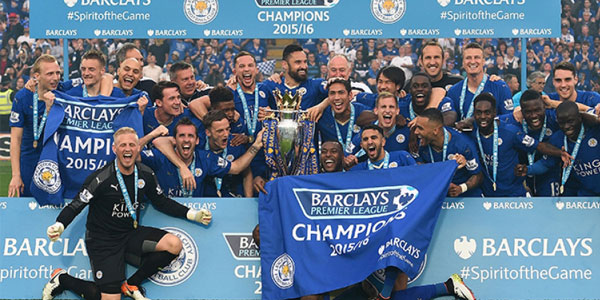 With the season not far away, and the transfer market busy, it’s time to bet on next year’s premier league. What are the best value premier league winner odds?

Most online sportsbooks in the UK have Manchester City as their favourite for the title, and for good reason: they have arguably the best manager in the world, and a lot of money to give him players. They were incredibly disappointing last year, starting the season in scintillating style but failing to maintain their form amidst injuries and defensive disasters.

Is Guardiola a good enough reasn to bet on Man City? (Photo: Independent)

How they fare next season may depend on Guardiola’s ambition. If he just adds some quality, and shores up the defence, City will have a very good shot at triumphing this year. However, if he seeks to make sweeping changes and implement an ambitious change in style, this season could be too early for his team to truly blossom. These odds may seem generous if City run away with the title like Guardiola’s Bayern teams have, but 9/4 are low odds for a team that came fourth last year.

While, just like their city rivals, they have hired a world-class manager and given him an incredible amount of money to build his team, there is a crucial difference: United just weren’t very good last year. Despite their FA Cup win and fifth place finish, they bored their fans to tears and by the end were relying on an eighteen year-old novice for goals.

Can Zlatan fire United to the title?

Jose Mourinho, not to mention Zlatan and Mhkitaryan, will undoubtedly make United better. If their reported pursuit of Pogba is successful this would further add their momentum. However, it’s hard to improve a club drastically in just one season and even “the special one” usually takes a couple of years to mould his teams into title winners. They seem a good bet not to win the title.

The Gunners may be a slightly unfashionable choice for those who bet on sports to gamble on, but they have a lot in their favour. They have come fourth, then third, then second, in successive seasons. There is a pattern, and one shouldn’t be blinded by their rivals’ expensive signings and fashionable new managers. At 6/1, this could be the best value premier league winner odds.

Are Arsenal a good bet to win the league?

Can Arsenal go one step further and finally win the league again? Like always, it’s likely to depend on whether they can make one or two crucial more signings, and usually they end up a striker short. However, if Wenger were to finally throw caution to the wind and splash some cash on the right name, there’s every chance they could win the league. They seem underrated compared to other teams who are obviously in transition,. However, bet against them winning the league next year.

Chelsea are a complete wildcard for next season, and thus provide a great opportunity to make money gambling online. Could Antonio Conte’s intensity and tactical nous inspire 2015’s champions to the regain the league title? He was a multiple league-winner at Juventus, and he seems to just know how to win. They should also benefit from substantial investment to their already gifted team.

However, this is also a team who came tenth in the league last year, and it would be a remarkable improvement to even challenge for the title. Of course, there was an even more remarkable improvement by last year’s winners, but bettors should take some advice from those who play online casino, and not fall for the gambler’s fallacy. One unlike event doesn’t make another any more likely! However, like Leicester last season, they could benefit from not having the challenge of participating in Europe.

Last year, Tottenham were probably the best team in the league. They stumbled at the final hurdle but they can’t truly be blamed for failing to match Leicester’s improbable good fortune. Mauricio Pochettino took a young English core and had them performing at a higher level than their better-funded rivals. They took an enormous leap forward from the previous year, and the question is whether they can maintain that, let alone improve. With the challenge of the Champions League, it may be challenging for them to keep up their intensity in the league.

With Jurgen Klopp in charge, a surprise title challenge by Liverpool can’t be ruled out. They were hit and miss last year, though did come very close to winning the Europa League. After a summer of pre-season and some targeted signings, Liverpool will be far better placed to carry out Klopp’s complex tactical scheme. However, it would still be a remarkable feat to win the title, amid such quality rivals. Instead, bet on them to make the champions league at 11/8.

After making gambling news last season thanks to their incredibly unlikely triumph, could they do it again? It’ll be even harder without N’Golo Kante and possibly Riyad Mahrez, though Jamie Vardy has committed to staying. They were lucky last year, and greatly benefitted from their rival’s poor form. Manager Claudio Ranieri has indicated that this year’s dream is success in the Champions League, so they may not even be concentrating on league success. Compared to their odds last year of 5000/1, 28/1 doesn’t seem like the best value premier league winner odds!