What are the new sports at the Rio Olympics?

News >What are the new sports at the Rio Olympics? 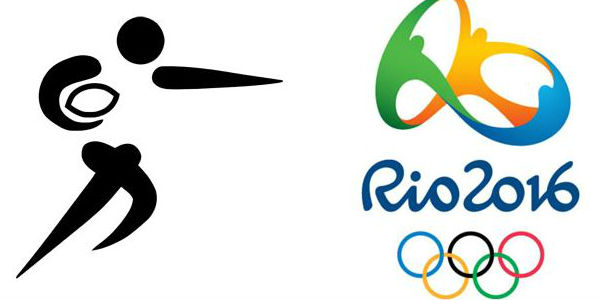 After many decades, attractive Olympic versions of golf and rugby return to the Olympic program as new sports at the Rio Olympics.

Since their first edition the Olympic Games are constantly changing the repertoire of sports and disciplines. This became such a practice that the introduction of new sports on every Olympics became a “common thing”. Two new Olympic sports will see the light on this year’s Rio Olympics: golf and rugby 7s, both in men and women category. Both sports offer lots of excitement to their fans and also new betting possibilities for all of you who like to bet on sports in Brazil. Yet, none of the sports will be a complete novelty since this is more or less their return in program.

Golf was part of the Olympic program on the 1904 Olympic Games in St.Louis, the first Olympic Games held outside Europe. Ever since there were many speculations about its return to the Olympic program but none of them proved to be true. Instead, 112 years were needed and lots of lobbying for its “re-debut” on the Olympics. The format of this year’s competition demands that individual golfers play 72 holes of stroke-play on several top-level golf courses throughout Brazil.

• Golf and rugby 7s are the novelties in Rio2016 Olympic program
• The US golfers are the greatest favorites in Rio
• Fiji:a favorite for medal in the rugby competition

Although many golfers withdraw their participation due to the Zika virus plenty of them coming from 41 different countries will compete for the Olympic gold. Bubba Watson (USA), Rickie Fowler (USA), Henrik Stenson (SWE), Danny Willet (Great Britain), Sergio Garcia (Spain), Martin Kaymer (Germany) are just some of the big names attending the Olympics.

Online sportsbooks in Australia such as Sportsbet give the greatest chances for gold to the US golfers. Currently, the United States has most of the Top 15 golfers in the Official World Golf Rankings. That’s why the Americans would be the overwhelming favorite for the medals, especially in the men’s competition. Sportsbet’s odds for the gold medal in the men’s golf category are: USA 3,75, stressed as the greatest favorite followed by Sweden with and 5.50 and Spain 6.50. In the women’s category the absolute favorite is New Zeeland’s superstar Lydia Ko with 3.25, followed by Ariya Jutanugarn 9.00 and Brooke Henderson 12.00. The men’s tournament will be hold from 11-14 of August while the women’s is scheduled from 17-20 of August.

Rugby 7s: Olympic modification of one of world’s most attractive sports

Fifteen-man rugby had previously been an Olympic sport, debuting in Paris in 1900 and making its final appearance at the Olympic Games in 1924. As sites dealing with internet betting in New Zeeland point out the Rio 2016 Olympics will present a 7s format of the game played by 12 national teams divided in three groups.

Rugby 7s stars such as Sam Dickson (New Zeeland), Ellia Green (Australia),Joanne Watmore (Great Britain), will have the possibility to show their full potential as well as the excitement that rugby brings to a massive spectatorship. Due to this Olympic competition the International Rugby Board has even decided to discontinue the Sevens World Cup in order to make the Olympic Games its top-profile event of the four-year cycle.

The Australian sportsbook Sportsbet gives the greatest chances for medals in the men’s category to Fiji, South Africa and New Zeeland. The struggle for the gold between them is absolutely unpredictable. Their chances are all evaluated between 1.30 and 1.40. Thus, Fiji is a small favorite with 1.33, followed by South Africa 1.36 and New Zeeland 1.40. In the women’s category, the biggest battle for the gold will probably be seen between the national teams of Australia and New Zeeland. The chances of Australia are estimated on 1.72 while New Zeeland is evaluated on 3.00. Two other candidates for medal anr Canada and Great Britain whose chances are estimated on 9.00 both.