What if Amazon Opened an Online Casino? 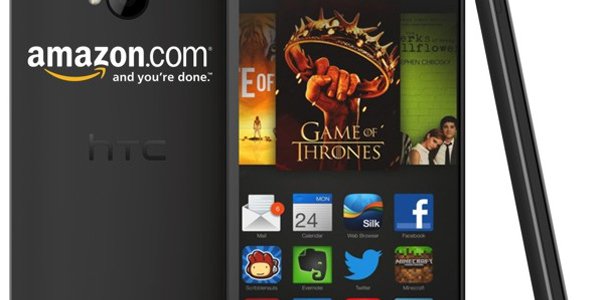 The shopping giant, Amazon, has been busy building its business in recent years. From a humble bookseller to the world’s biggest digital marketplace, it seems the only sector Amazon isn’t involved in is online gaming.

What if it was, though…

Jeff Bezos said the most important thing about starting out with Amazon was hitting the ground running. He identified that Amazon would be copied and figured out that he needed to build a brand, quickly.

So, the company went 5 years without turning a profit. That move would be pretty unimaginable for an online casino in the US, with most of the new look state operators casinos built to make a quick buck for their regulators.

The Amazon casino, however, would likely look to bring in huge numbers of players and get them hooked on their games before putting prices up later. Additionally, it’s likely the company would attempt to bully major casino game developers into providing their products for a lower cost, due to the sheer number of players the Amazon casino would attract.

It would attract a lot, too. Those incredible promotions and a low house edge would bring in hordes of players from other online casinos around the world. Once they’d been drawn into the Amazon casino hub, then phase two of the plan for casino domination would kick in.

Discount or no players

With all the players flocking to the new casino for the great offers, it’s time for the company to expand the portfolio of games. Blackjack tables don’t make nearly enough money for the Amazon casino, so it’s online all the way: no overheads except the servers!

Yet it’s still not cheap enough to be able to undercut the competition. So let’s organize some discounts. That’s right: it’s time for the Amazon casino to pressure all the developers into giving them big discounts on their games.

With the giant corporation already controlling the player base, the developers will have no choice but to back Bezos’ firm, offering slashed prices and contributing to the now giant casino’s bottom line.

Where is it, though?

If there’s one thing Amazon know what to do, it’s basing themselves in the right place at the right time. As if they already had one eye on US gambling laws, the online bookstore moved their headquarters from Washington to Delaware pretty early on, and their new state has the regulations in place for online gambling.

That’s pretty smart planning from the company, especially considering no-one could have predicted a move towards online gambling back then. Perhaps Bezos had seen the rise in online and mobile casinos and made an early move to capture the market.

So, there’s no doubt that if Amazon really were running an online casino, they’d move to the best locations for them to make the most money. After all: the company are pretty smart operators in the market, not afraid to readjust to ongoing trends.

The Future is Mobile

With that ability to adjust, it’s no wonder Amazon are ready to take advantage of the big boom in mobile betting. The announcement of the Amazon smartphone is just the next step in the quest for global domination.

With the ability to display images that appear 3D, it could hail a breakthrough in showing live dealer games to players on the go, and Amazon would be perfectly placed to take advantage.

Perhaps they will preload the phones with their own mobile casino app, funneling players straight to the 3D live dealer blackjack and roulette tables. It’s a definite possibility in this era of interactivity.

One of the big trends around the world of tech right now is integration, and Amazon is perfectly placed to integrate all their different services seamlessly together. If you’re reading a book on the latest blackjack strategies, why not click straight through to the Amazon casino and try out your latest tricks.

Perhaps you find yourself enjoying a game of blackjack when you decide to recreate that experience in real life. Well, just tap on the chips and buy them through the Amazon marketplace app. As simple as that.

Amazon are one of the biggest brands in the world right now, thanks to a combination of right place and right time and a ceaseless urge for innovation. With warehouse robots the new thing for the company and delivery drones in the planning stage, it’s would be no surprise if they were to turn to gambling.

Yet they’d best pay heed to some of the other stories out there. Zynga stepped back from their plans for a mobile casino last year, citing tough conditions, and other planned casinos from major brands have never seen the light of day. There’s no doubt in our mind, though: Amazon could succeed.