What’s in Store for Online Political Betting in 2018? 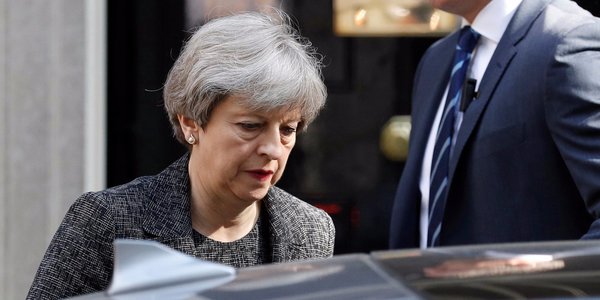 2017 will soon come to an end, and now is the perfect time to check out the landscape for online political betting in 2018 with Paddy Power Sportsbook.

The world’s political scene is more interesting now than ever before. In both the US and Europe there are some fascinating political changes underway and next year is shaping up to become just as interesting.

Bet on the 2020 US Democratic Nominee

The next US presidential election will not take place for a number of years, but members of Paddy Power can already bet on the 2020 democratic nominee. There are some fantastic odds right now, although even the best political betting experts are having a hard time predicting who will earn the nomination.

As of October 2017, the betting favorite is Kamala Harris. The 52 year old former lawyer became the first senator of Jamaican and Indian descent last year, and has gained many supporters on the left thanks to her open criticism of Donald Trump. Her popularity gives her the highest odds right now at 5/1.

Elizabeth Warren is another betting favorite here according to Paddy Power Sportsbook. Warren has repeatedly stated she does not intend to run fro president, but her popularity amongst progressives still give here some terrific odds at 6/1.

Brexit was perhaps the single most important political events of 2016. Despite nearly all betting sites listing the odds for Brexit going through extremely low, UK gambling news
broke when the majority of the country voted to leave the EU.

Of course, it will be some time before the UK officially leaves the European Union, but in the meantime there are some fantastic options here for online political betting in 2018. One of the best is to wager on whether or not Theresa May will be PM when the UK leaves. It’s unclear at the moment where she’ll stand, but the odds of this happening are set at 2/1.

You can also bet on whether any other EU country will hold a referendum before 2018. There are only a few months left in the year which makes this pretty unlikely, and the odds are currently set at 7/1.

North Korea has been in the headlines for the past several months now due to the feud between Kim Jong Un and Donald Trump. It’s still anyone’s guess what will happen between these two nations, and Paddy Power Sportsbook is now offering some tremendous bets.

One of the most popular members can make right now is on which year Kim Jong Un will stop being the leader of North Korea. The highest odds here are for him leaving in one way or another sometime after 2031. The odds that he leaves office this year are currently set at 17/1.

One of the more interesting, although somewhat unlikely options for online political betting in 2018 is on whether or not there will be a regulation NBA game that takes place in the next 10 years. Jong Un is a massive basketball fans, but the odds are quite low for this to happen at 33/1.

To find more options for online political betting in 2018, make sure to head to Paddy Power Sportsbook. Tell us which bet is your favorite in the comment section below!