Here are the 3 Biggest MMA Stories from 2017

News >Here are the 3 Biggest MMA Stories from 2017 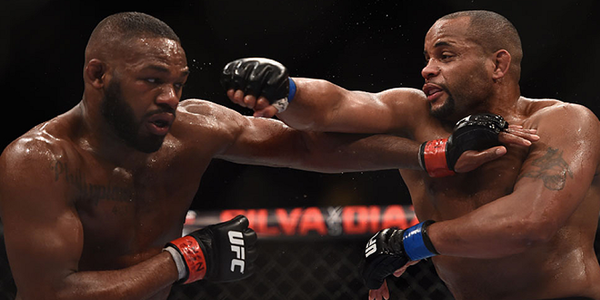 We’re coming close to one of the most fascinating years for mixed martial arts in recent history, and now is a perfect time to look back at a few of the biggest MMA stories from 2017.

The sport of MMA is known for being volatile and unpredictable, but 2017 brought about a number of stories that even the biggest fans didn’t see coming. It was a fascinating year for the sport and it’s anyone’s guess what will transpire in 2018.

Instead of looking ahead, in this article we’ll take a look back at some of the biggest MMA stories from 2017. There are so many to choose from, but here we chose the 3 we felt will have the biggest impact on the sport heading forward.

You can’t make a list about big MMA stories from last year without mentioning Jon Jones failing a USADA test for steroids. Jones had spent more than a year outside the cage before finally get his shot at Cormier at UFC 214, and proved he was still the best fighter in the world with a 3rd round head kick KO over DC.

Unfortunately, Jones can’t seem to escape controversy, and he tested positive for an anabolic steroid after the fight. His win was overturned and Jones is now awaiting trial to hear what his punishment will be.

If Jones cannot come up with a legitimate defense for testing positive, it’s likely he will be suspended for 4 years, which could spell the end of his career. If he can return sooner, expect him to come in to whatever fight he takes as the MMA betting favorite according to sites like NetBet Sportsbook.

Since 2013, George St. Pierre was retired from MMA. At the time of his departure from the sport, he was the biggest star in MMA and had defended his welterweight championship nine times. After nearly 4 years away from MMA, he announced he would be returning this year in one of the biggest MMA stories from 2017.

In his first fight back, GSP will be moving up in weight to take on current middleweight champion Michael Bisping. It should be a great fight, and NetBet Sportsbook is already offering odds on who wins.

At the moment, George St. Pierre is the betting favorite to get the win here with odds of 1.71. Bisping is the bigger man but is still the MMA underdog here with current odds to win at 2.00.

Jose Aldo gets dethroned once again

This might not stand out as one of the biggest MMA stories of 2017, but it was an important fight for the UFC’s featherweight division and signaled a change in the sport.

Max Holloway had rattled off 10 straight wins to earn a shot at Jose Aldo for the undisputed title, and made UK gambling news
by stopping the longtime champion by a third round tko. The win signaled a changing of the guard in the featherweight division.

Aldo will now take on Ricardo Lamas in a rematch later this year, while Holloway will look to make his first title defense against Frankie Edgar in December. Holloway is the favorite in that fight with odds of 1.41, while Edgar enters as the underdog with odds of 2.60.

What do you think are the biggest MMA stories from 2017? Tell us what you think in the comment section below, and make sure to head to NetBet Sportsbook to find a complete list of 2017 MMA betting odds.