Who Will Replace Zidane and be Appointed as New Real Madrid Manager?

News >Who Will Replace Zidane and be Appointed as New Real Madrid Manager? 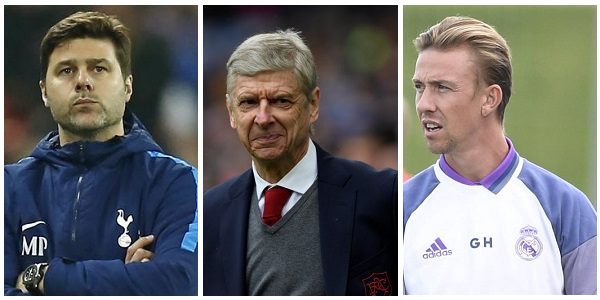 Today was a shocking day for Madridistas all over the world as a new Real Madrid manager is needed as soon as possible.

Earlier today, Zidane called an urgent press conference and told the latest pieces of information about his immediate future to online sportsbook news sites in Spain, which they interpreted quite easily: Zidane left Real Madrid. We have already explained the reasons why Zidane left Real Madrid in our previous article.

In this one, we will try to see what will happen to Real Madrid after Zidane. Who will replace Zidane? Who will be the new Real Madrid manager? We have tried to collect some of the best names that online sports betting sites in Spain will possibly come up with in the very near future…

Bet on Guti as next Real Madrid manager?

Guti is a legend among Madridistas. The Spanish midfielder spent his entire career at the bench of Real Madrid, even though most European top clubs wanted to sign him. He never left his home. Currently, Guti manages Real Madrid’s youth team with great successes, but we can’t really call that experience. The new Real Madrid manager odds think he’s the third most likely candidate to replace Zidane at the helm of Real Madrid. Do you think Perez will appoint Guti?

At this point, Tottenham manager Pochettino is the favourite at online sportsbook sites in Spain to be the next Real Madrid manager. The odds for Pochettino to join Real Madrid are 3.00 at Bet365 Sportsbook. Those for Guti are 7.00. However, Pochettino just renewed his Spurs contract recently, so Perez would have to pay €40 million to Spurs, should he want the Argentine to manage the Galacticos.

Bet on Joachim Löw to be the new Real Madrid manager!

Joachim Löw is too busy preparing his team to defend their World Cup title in Russia at the moment. However, his future could be negotiable after the tournament ends. It has long been commented that Löw might want to take over a club after spending so many years at the Germany Nationalelf. Will Löw be the new Real Madrid manager? The odds are not too bad: 17.00

If you can’t beat them, join them – will Klopp join Real Madrid?

Jürgen Klopp just lost his second Champions League final only a few days ago. Ironically enough, he lost to Zidane, and sites in the online sportsbook directory are already rumouring that the German expert will take over Zidane’s place after losing the battle to him. The odds for Klopp to join Real Madrid are 34.00 at Betway Sportsbook. Will he leave Liverpool for Los Blancos?

Arsene Wenger has been the dream of Real Madrid president for so many years, it’s an open secret. While time has passed Wenger, who has been unsuccessful for many years, he’s finally free from his Arsenal duties. Will Real Madrid try to sign him? Wenger is actually the second biggest favourite for the position. The odds for Wenger to become the next Real Madrid manager are 4.00…

You didn’t like either of the previous candidates? You should bet on Pep to join Real Madrid! There has been some rumours before as well, and Pep always loved sitting in the most comfortable of seats. Joining the back to back to back Champions League defenders would be another one of his comfortable steps, while spitting in the faces of millions of Barca fans.

However, online sportsbook sites in Spain wouldn’t call this move impossible: the odds for Pep Guardiola to be the new Real Madrid manager are 101.00 at Bet365 Sportsbook. Which manager do you think will be the next Real Madrid manager? Who will replace Zidane? Well, nobody, obviously. But somebody will take his seat, for sure.