Why the NBA Got it Wrong on Donald Sterling

News >Why the NBA Got it Wrong on Donald Sterling 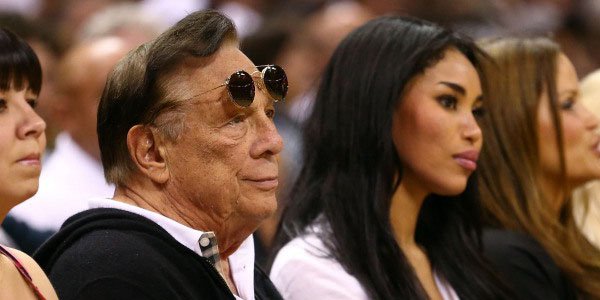 The NBA rightly came down hard on controversial LA Clippers owner Donald Sterling; however, there were no clear grounds for forcing him to vacate ownership.

Los Angeles Clippers owner Donald Sterling has long been a poster boy for what is wrong with the NBA. Unlike most owners who have a passion for the game and the teams which they own, Sterling has always been a detached, ivory tower cheapskate viewing basketball as just another business venture. While most teams struggle to get under the salary cap, some years Sterling spent just enough money to meet the minimum salary requirements. And much worse, he has a long history of making racially offensive statements, most of which have targeted African Americans.

Given this history, the ongoing controversy stemming from an audio recording of Sterling going on a racist tirade should come as no surprise. TMZ released a tape of a conversation between Sterling and his half-black, half-Latina girlfriend in which he asks her not to publicly “associate with black people,” including posting pictures of them on her Instagram account. He also asks her not to invite for NBA star Magic Johnson to Clippers games, also because of his race. The tape can be listened to here:

The tape’s release was met with shock and anger from league executives, coaches, players and fans, but Sterling’s employees with the Los Angeles Clippers were especially livid. The team’s coach, Doc Rivers, is black as are most of the players. Players considered boycotting the rest of the season in protest before Rivers did his best to diffuse the situation, convincing the players that priority #1 remains winning the NBA championship, and that Sterling can be dealt with later.

League commissioner Adam Silver deliberated for a few days before issuing an unprecedented judgment: banning Sterling from the NBA for life and demanding that he sell the team.

The move was met with praise by many players and some owners, and Rivers responded with resounding support: “I thought Adam Silver today was fantastic. He made a decision that really was the right one that had to be made.”

• In a league where 80 percent of players and 40 percent of coaches are black, there is only one black majority owner

Silver is only in his second year as commissioner and the incident is certainly the defining moment of his career to date. He saw a situation which demanded a quick and powerful response to help heal the league’s racial divide as well as protect it’s business interests. So he did something which has never been done before, and for which the legal justification is shaky at best.

The league will negotiate a sale of the Clippers from Sterling to a yet-to-be-named third party, and he will be forever banned from owning or working for an NBA franchise. Online gambling sites in Canada
and the US will soon be taking bets on which multi-millionaire buys the team.

Why Silver is wrong

Silver acted in what he believed to be the best interest of the league. Having a team owned by a known and unapologetic racist is poisonous to league’s internal culture and threatens to turn fans away, hurting the league’s financial viability on the long-run. However, two inconvenient facts stand out:

Sterling expressed his personal beliefs in a private conversation. Just as he broke no laws, he violated no league rules. If the league had deemed he discriminated against actual or potential employees due to their race, there could be grounds to force him out. But Sterling has hired three black head coaches and one black general manager in a league in which some owners have never hired a black head coach. While his comments were unacceptable, they were privately-spoken words, not deeds, and are not directly related to how he runs his franchise.

There is no clear legal framework to force an owner to sell a team. While Silver acted in the best interest of the league as a collective unit, there is no basis to act against an individual owner, especially one which did not violate league rules. Dallas Maverick’s owner Mark Cuban, who has been a longtime advocate of racial diversity in the NBA and a personal opponent of Sterling (and on a separate note, a proponent of internet betting in America
), had this to say:

He’s obviously racist, he’s obviously bigoted…But regardless of your background, regardless of the history they have, if we’re taking something somebody said in their home and we’re trying to turn it into something that leads to you being forced to divest property in any way…I don’t want to be part of that.

Sterling’s comments were made in the privacy of his own home and were not directly related to his management of the Clippers. In a nutshell, Silver forced him out due to personal beliefs which were found to be offensive by the majority of the league’s players, coaches, executives and fans. While the league has a legal right to discipline owners, there are no grounds to force an owner to sell a team because of unpopular political or social beliefs. While it may be in the best interest of the league in the long-term, it is an arbitrary abuse of power by Adam Silver.