Will NHL Players Be in 2022 Olympics – a Return Looks Likely 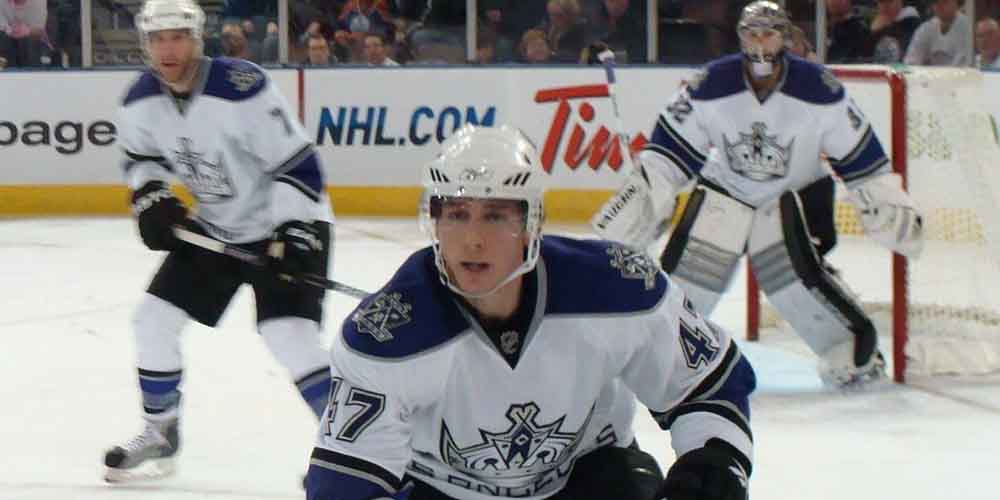 NHL players look likely to return to the Winter Olympics for the first time since 2014. The return would be part of a four-year extension of the Collective Bargaining Agreement (CBA) that has was recently agreed by the NHL and NHL Players’ Association (NHLPA). Participation does, however, still depend on the agreement between the NHL/NHLPA, International Olympic Committee (IOC) and International Ice Hockey Federation (IIHF). Will NHL players be in 2022 Olympics predicts another NHL era at The Games.

NHL players participated in five straight Olympics from 1998-2014, with 706 players attending, an average of 141 per Games. And IIHF president Rene Fasel has said he doesn’t foresee any issues with the NHL and NHLPA coming to agreements with the IOC and IIHF to get players to the 2022 Beijing and 2026 Milano Cortina Olympics. You can also read more here about the upcoming Beijing Games Norway and Germany Top 2022 Winter Olympics Predictions.

NHL chose not to participate in 2018

The NHL did not send players to the 2018 PyeongChang games, NHL Commissioner Gary Bettman saying at the time the majority of its teams were opposed to Olympic participation. The main reason was the 2 1/2 week interruption in the NHL regular-season schedule, and a lack of concession from the IOC, IIHF or NHPLA to entice owners and officials. The IOC declined to pay participation costs associated with travel, insurance and accommodation. But Rene Fasel now says those financial issues can be worked out to get NHL players to the next two Winter Olympics.

Other issues expressed included the risk of stars getting injured away from their teams in the middle of the season. And South Korea, with its 14-hour time difference from New York, was not so appealing a venue as, say, Canada or Russia. There was also a supposed lack of exposure and benefit for the NHL, with the league’s inability to use the Olympics for marketing due to sponsorship rules and money.

Last November, after meetings with the IIHF, Bettman said “I know the players love representing their countries. I know that the players like going. I know that the players that don’t go like having a break in the middle of the season. But from our standpoint, we have found going to the Olympics to be incredibly disruptive to our season”. For a number of reasons, a World Cup is more appealing to NHL than The Olympics. It last held a Hockey World Cup in September 2016. But Beijing is now the next opportunity for a best-on-best tournament after plans for a 2021 league-run event were recently scrapped due to time constraints.

But with the announcement of a Collective Bargaining Agreement (CBA) that includes Olympic participation at the next two Winter Games, the NHL just took a major step toward returning in 2022 and 2026. And NHLers want to play at The Olympics. Jets forward Andrew Copp, a member of the NHLPA negotiating committee, said “It’s something players want for the most part. Honestly, there wasn’t really a negotiation about that… I think it was almost a formality. I don’t think that was something that was some players vs. other players”.

Vancouver Canucks forward Bo Horvat agrees. “I think this is great to negotiate that and be able to play in the Olympics coming up” he said. “It’s great for hockey, it’s great for the fans, and it’s great for us as players to represent our countries, so we’re excited about it”. And if you’re excited about the prospect of NHL players returning to the Olympics, check out online gambling sites in the USA to find betting selections on the upcoming tournament.

Olympic exposure in 2022 could also grow the sport exponentially in China’s mostly untapped market of more than 1.3 billion people. Not to mention Asia, with two-thirds of the world’s population. In the U.S.A., too, the popularity of the sport at the games seems linked to the participation of NHL players. In the 2014 Sochi Games, the eight-round shootout victory over Russia established a record at the time for a hockey game on NBCSN, with 4.1 million viewers. But in 2018, a 5-1 United States victory over Slovakia drew only a third of that number. A sure sign that a lack of N.H.L. stars (and late-night broadcast times) was keeping people from tuning in.

Should there be an agreement, expect to see the world’s best players competing during breaks in their NHL season. In 2018, with no NHL participation for the first time since 1994, the U.S. lost in the quarterfinals to the Czech Republic. It last earned a medal in 2010, taking silver behind Canada. And Canada came to dominate Olympic men’s hockey in the NHL era. They won Olympic gold three times in Salt Lake City 2002, Vancouver 2010, and Sochi 2014. Currently, 1XBET Sportsbook is offering odds of 1.45 that NHL players will feature in team rosters, and 2.55 that they won’t.

In the men’s tournament, nine of the 12 nations have already qualified. The final qualifying tournament being held in late August and early September. The IIHF has also announced the Olympic groups, and the U.S. and Canada have drawn the same group for the first time since 2010. The North American rivals are therefore guaranteed to face each other.

With no change in world rankings from 2019 – 2020, the tournament format also remains the same. The group winners, plus the highest-ranked group runner-up, advance directly to the quarterfinals. The other eight teams go to a playoff round to determine the other four quarterfinalists. So if you’re looking for futures bets on the ice hockey, NHL players or not, check out our trusted online sportsbooks in the USA to see what wagers and markets are available.