Will Norway’s Fighters Have A Mountain To Climb?

News >Will Norway’s Fighters Have A Mountain To Climb? 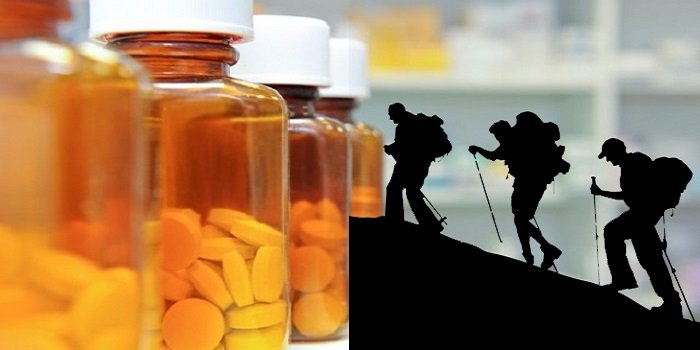 Boxing has long had a bit of a dodgy reputation but in light of all the doping scandals and the open research into them by some countries, perhaps it’s time for boxing to shine on September 12th

Doping in sport is now so common I suspect very soon we’ll find out all those Crown Green Bowls players are on beta-blockers, last week the Tour de France decided to soil itself with allegations against the winner, this week the IAAF have been caught not just turning a blind eye but all but beheading themselves not to see what was going on right in front of their eyes. Indeed it’s so every day that some nations are doing research into the excuses for it.

• Should altitude training be tested?
• Are results same as doping?
• Boxers cleaner than Athletes?

If you’re Norwegian gambling laws of sporting honor would preclude your countrymen from such exploits just note that 11 downhill skiers from your very nation are to spend a month training in the depths of a valley whilst living the rest of their says at high altitude to see if the effects, particularly on red blood cell counts is the same as doping. The question that arises in my oh-so-cynical mind is; Why?
What use is that information? What point is there in the study?

They say it is to see if “endurance performance is increased” by such a regime, however what does it matter if it is? Are we to see nations with geography of altitude start making their athletes live up mountains to give them advantage over flatter nations? Will no Dutch person win a medal again? Or is this just so people caught with abnormal blood results can claim the altitude did it and not their highly paid sports therapist and his injections? Either way, why do we need to know this?

Is It All Downhill For Sport Now?

Obviously no one really cares if downhill skiers gain an advantage by such training methods, no one watches downhill skiing anymore, the 2022 Winter Olympics this week going to Beijing, a city noted for its complete lack of snow and having already hosted a summer games (I look forward to the drummers on ice) but the study could have marked knock-on effects as the investigations into the IAAF’s leaked data trundles on, and indeed for sport as a whole.

Are we likely to see weird laws in countries created to permit high-altitude facilities built to aid athletes and sportsmen produce the results nations demand of them? Will the Belgians have to build an artificial mountain to compete? Who can say. Those who like to bet on sports in Norway, of course, already have geography on their side, their countrymen at an advantage if all this proves to be true, and if they’re spending the time and money, the chances are it will.

Athletics, of course, has never been clean (Remember Ben Johnson?) but it has made a great song and dance about claiming it is and only now looks likely to face the crucible of what we’ll call negatively inclined public scrutiny. Obviously athletics will survive this crisis, other sports have in their time, with one, Boxing, notable for still having a slightly dodgy reputation whilst being one of the most heavily policed sports in the world.

Lihaug has had quite a good run, undefeated for 10 matches

The Nordic Fight Night currently coming together for the 12th of September helmed by Team Sauerland, will give another opportunity for the region’s fighters to showcase their skills against international competition from further afield and that includes home grown fighters like Tim-Robin Lihaug (13-1 with 8 KOs) who is now undefeated in ten straight contests. His run of success continued recently with his convincing win over Arne Ernstsen and he wants it to continue.

“That was a great win for me, I have proven again that I’m the best boxer in Norway and now I want to become the best in the world,’’ said the 22 year-old WBO Youth Champion from Bergen, “There is still a lot of work to be done, but if keep working hard and doing what I’m doing I believe I can become World Champion.” Which may well be the case and he’s probably worth backing on ComeOn! Sportsbook regardless of who his opponent is announced to be.

“I always enjoy fighting in Frederikshavn,’’ said Lihaug on the venue perhaps gambling news of his comments will win him some more vocal support on the night. “It’s like a second home to me now. There is always great support from the Norwegian fans and I look forward to putting on another entertaining performance on September 12.” Doubtless something his opponent will be only too happy to contribute to in all but one rather major respect, but at least they’ll be clean when they do it.