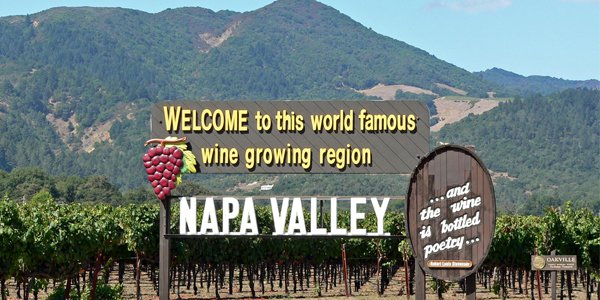 The Mishewal Wappo people has asked the government to recognize their tribe and vintners are worried they might want to build a casino.

Napa is known as a popular destination for wine-lovers. It is estimated that 3 million people visit the county every year, and most of them come here to enjoy the wine, delicious food and wonderful scenery.

Vintners are worried that this idyllic situation could change soon, as a casino could join the landscape and wreck it. The issue has stirred controversy and made the latest gambling news, as opponents say a tribal casino would ruin the image the county has created for itself.

Stripped of their tribal status

The largest tribal casinos in the state of California are:

• The Pechanga Resort and Casino
• The Morongo Casino, Resort & Spa
• The Chumash Casino

The Mishewal Wappo people are a group of Native Americans from the Alexander Valley. They filed a federal lawsuit in 2009, asking officials to recognize their tribal status.

Descendants of the Wappo people, who lived in Sonoma, Lake County and much of Napa Valley, most of the tribe’s 350 members live in Sonoma County today. The federal lawsuit claims their tribal status was unfairly taken away from them and aims to reclaim it.

While tribal leaders say they only want recognition, winemakers believe they’re doing it for a different reason. Vintners fear the tribal status comes with the right to petition for lands and eventually build a gambling venue in Napa County.

Areas owned by tribes have tribal sovereignty, so American gambling laws have little power over them. The state government’s ability to forbid gambling in these areas is very limited.

A little bit of history

During the late 1940s and 1950s, federal policies were created to dissolve Native American tribes and assimilate their members as American citizens. The laws had repercussions and today tribes are going to court, asking to regain their status.

The Wappo people were among the tribes wronged by these policies, being dissolved as part of the California Rancheria Act of 1958. The law called for the distribution of communal lands to individual tribe members, but before this happened officials had to perform a survey on the Wappo property.

Leaders of the tribe have argued that, because members lived there seasonally, the federal survey only included two people. And both of them voted to dissolve the tribe, so the land was divided between them. Later on, they took advantage of this opportunity to sell their properties.

The Mishewal Wappo have been trying to find a way to regain tribal status for years. They eventually filed a lawsuit seeking federal recognition five years ago, but the case had been dragged through the courts since then and has not yet reached a verdict.

Napa vintners are not concerned about the fact that the Wappo might get tribal recognition. They’re more worried about what might come after that. Since tribes are sovereign nations, they get to decide what to do with their land. They’re exempt from local land-use and zoning restrictions and many of them use this right to open casinos.

All motions to dismiss the tribe’s claim have been denied and last July a federal judged said there was no reason to deny the Wappo what they’re asking for. But vintners don’t want to see Napa’s agricultural region turned into a gambling destination.

Covering 23,000 acres of agricultural land between Napa and Calistoga, the Napa Valley Agricultural Preserve was established in 1968, its main goal being to protect the land in the area. It states that agriculture is the best use for this piece of land and winemakers want things to stay this way.

“We’re an environmentally conscious community,” said vintner Janet Viader. “A casino would destroy everything that we’ve been trying to protect in Napa Valley.”

No plans for a casino… yet

However, leaders of the Wappo say they are not planning to open any casinos in the near future, adding that the whole issue has been blown out of proportion. But experience shows whenever a tribe acquires land, a gambling venue soon pops up. California alone has more than 60 casinos owned by Native American tribes.

A tribe leader told reporters: “Napa officials made it clear that land conservation was their biggest issue, and I guaranteed to let them know what my intentions were. Any sovereign nation has the right to economic development, but first and foremost, our interest is to restore our status. Afterward, I don’t know what we’ll do.”

Vintners believe they have every reason to worry, as the tribe has already partnered up with known casino investors. Now Napa County officials await a ruling, as the future of Napa’s wine industry remains uncertain.