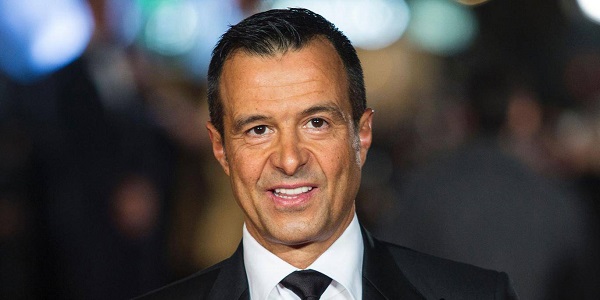 The English Football League Championship (EFL) side Wolves find themselves in a middle of a controversy after questions were raised by other clubs about their connection to Portuguese football agent Jorge Mendes.

The EFL is set to look into the matter

After Wolves defeated Leeds United 3-0 on the road last Wednesday, the owner of the Elland Road side, Andrea Radrizzani, brought up questions of legality regarding the relationship between the Wolves’ Chinese owners Fosun and Mendes, according to online sportsbook news. There could be a case of conflict of interest, as Mendes’ sports talent agency GestiFute – through which football stars are represented – is partially owned by Fosun themselves.

Not only that, but Mendes represents a number of players from the Wolves’ squad including the manager Nuno Espirito Santo. A total of five players are signed to GestiFute, with the most expensive of them being last summer’s recruit and record signing Ruben Neves that was transferred from Porto for around £16m.

The EFL announced that it plans to investigate the connection between Mendes and the club’s owners while stressing that it issued a warning to the Wolves’ hierarchy nearly two years ago about regulations when the change in control took place.

“The EFL executive will meet with the management of the club to reiterate the requirements of our regulations and those of the FA and will report back to the board in due course. It should be noted that the club was explicitly informed in July 2016 of all the requirements it was expected to meet as part of the change of control, and appropriate arrangements were put in place to ensure compliance. The club has confirmed that the undertaking given at the time remain in place and are being complied with.”

The super agent has the most enviable client list in football, as all the biggest stars are signed to his GestiFute company. To name a “few” players, the list includes the likes of James Rodriguez, Angel Di Maria, Falcao, Diego Costa and five-time Ballon d’Or winner Cristiano Ronaldo.

The super agent also represents managers, most notably Jose Mourinho.
But as stated previously, the company does not only represent football stars, but also managers. Jose Mourinho is among the more popular ones to be managed by Mendes, besides the previously mentioned Santo, while the client list also includes Paulo Fonseca and Nuno Capucho as managers of Shakhtar and Varzim FC, respectively.

Players that join GestiFute supposedly have a higher chance to getting greater exposure to the world beyond just the football industry, thanks to their partnership with Creative Artists Agency that was struck in 2008, online sportsbooks in Portugal report. It is believed that Mendes spent a great deal of time around youth training camps organized by clubs in Portugal, which gave him the opportunity to get close to players while they were still young, thus forming a strong bond that has seen some relationships last to this day.