Bundesliga Next Manager to Leave Odds: Should You Pick Heynckes?

News >Bundesliga Next Manager to Leave Odds: Should You Pick Heynckes? 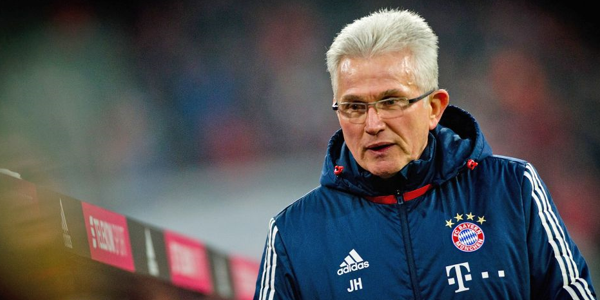 By the end of 2017/18 Bundesliga season some head coaches will leave their positions, either out of glory or out of failure. We look into the Bundesliga next manager to leave odds, focusing on Jupp Heynckes as a strong candidate.

Online sportsbooks in Germany have been covering lately the speculations over what is going on in the mind of the 72-year-old Jupp Heynckes. Is he going to retire again or his football passion will drag him to stay in action for one more year? At Unibet Sportsbook Jupp Heynckes does not sit on top of the Bundesliga next manager to leave odds. But when he stepped out of retirement early this season having sacked Carlo Ancelotti, he stressed he was merely doing Bayern Munich a favour and that he would not be tempted to stay on beyond May, 2018. Will he bend the Bayern hierarchy to his will? Is there anybody else who could leave his job before Heynckes?

As a player Jupp Heynckes lifted Bundesliga title four times and added a DFB Cup. As a manager he oversaw a Bundesliga, Champions League and DFB Pokal treble in 2012/13, and he is enjoying now his fourth stint at the Bayern helm. He came out of retirement to coach Bayern on an interim basis until the end of the current campaign, following the dismissal of Carlo Ancelotti in October, 2017.

Bayern had been keen on extending his stay, but it seems he insists on leaving with glory, sealing the title earlier than any other team in Bundesliga history, upholding the team as strong candidates for winning either or both UEFA Champions League title and DFB Cup. There’s no doubt that Heynckes’ second-time retirement will make him remembered as the savior of Bayern Munich.

Heynckes netted 220 times in Bundesliga as a player (Source: pinterest)

Bundesliga next manager to leave odds

Online sportsbook news in Germany claim Bayern to name Heynckes successor by the end of March. In addition Heynckes himself nominated the former Mainz and Borussia Dortmund boss Thomas Tuchel as the best candidate to succeed him. If you think Bayern will name the successor due in a month, you should probably select Heynckes to be the Bundesliga next manager to leave at Unibet Sportsbook with odds standing at (11.00).

But do not forget that there are two other names heading Jupp Heynckes at Unibet Sportsbook. First is Bernd Hollerbach with (4.00) odds, who was appointed in late January 2018 as head coach of Hamburg, but he seems unable to pull out Hamburg from the relegation zone, putting himself at risk to be sacked, thus not before the end of this season. The other manager is Dieter Hecking who failed to lead M’gladblach to climb up the ladder and stay among top four, but the critics are not yet clear whether he could be sacked anytime soon. His odds are (8.00).