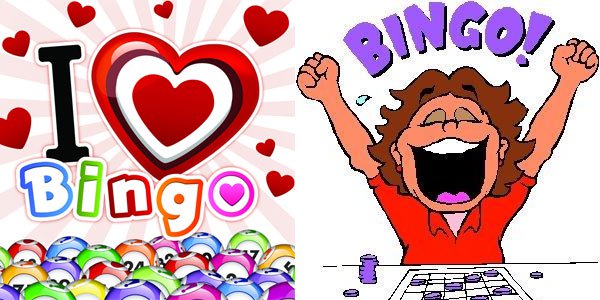 While women are increasingly interested in poker and sportsbetting, bingo remains the top draw.

It has become an undeniable truth that women enjoy gambling. Not as much as men do, but the gap is much smaller than people thought previously. We’ve heard about the industry’s transformation from female bookmaking and casino execs as well as poker pros.

Poker was once thought to be an exclusively male activity: smoke-filled rooms where chauvinistic, old-fashioned men could hang out with the boys free of female interference. The success of female pros like Vanessa Selbst, Annie Duke and Vanessa Rousso shows that those days are clearly over.

But as impressive as the inroads women have made in poker may be, it is not the preferred game of female gamblers. Women gamblers prefer to visit online casinos in the UK and elsewhere. To go even further, women gamblers prefer to play online bingo. And to be precise, we aren’t talking about your grandma hanging out at the bingo hall.

During the 1990s some entrepreneurs saw a market for online bingo. That market was and is made up primarily of women under 40. That demographic drives the online bingo sector. Studies show that most of these women are middle class wives, many of whom work and have children.

• Despite the burgeoning popularity of poker, online bingo is the most popular gambling avenue amongst women

The rising popularity of online bingo has made steady gambling news in recent years. One study showed that roughly 100 million people play online bingo worldwide. Out of this group about 80 percent are women and 20 percent are men. Most women who play are between the ages of 20 and 50 (old enough to play legally, but young enough to be comfortable using the internet).

A study published in the UK in 2011 found that in that year roughly 12 percent of adult women had played online or offline bingo in that year. Only 6 percent of men had played. According to Professor Mark Griffiths, bingo is the “only form of gambling where women significantly outnumber men.”

Online bingo is reported to be the most popular in the US (ironically, where it is illegal) the UK and Japan. As of 2013 there were roughly 350 licensed online bingo sites in the UK, up from only 20 a decade earlier. The number continues to rise. Those in the older portion of the demographic tend to play in the afternoons, while younger bingo players generally play in the evenings.

What is it about bingo that attracts women? Many experts on gambling psychology find that women tend to engage in “escape gambling.” This is a non-competitive form of gambling that treats the activity as a recreation rather a means to win money. Women usually start gambling at a later age than men, and often use it as a means to relax in the evening, socialize, etc.

With exception of American poker rooms legends like Selbst, Duke and Rousso, most women refrain from highly competitive, winnings-driven games like poker. The most popular games for this demographic are slots, lottery and you guessed it: Bingo! While technically a game of skill, bingo is more luck-oriented than most forms of gambling. Players also don’t compete against each other in a head-to-head fashion.

Visit a bingo site and describe what you see

We’ve all seen the online poker and sportsbetting sites which market primarily for the under-40 male demographic. Sharp black colors, scantily-clad women with huge breasts, money, money, money! Most online bingo sites look very different, because they are appealing to people who have little interest in those things.

Winner Bingo, one of the most popular sites out there, has a much softer display. The background is orange and baby blue. There is an image of a hammer hitting a pink piggy bank in the least violent manner possible. Sure, there’s money (it is a gambling site, anyway) but we aren’t getting punched in the face with it like at many sites catering to men.

And take a look at the different games available. We have “Winnings of Oz,” “Santa Surprise” and the whimsical “Clover Rollover” amongst many others. While there are certainly some men playing these games, I think it’s safe to say that they were designed primarily for women.

One can also get a glimpse at how the bingo marketing game works by looking at TV ads (most of which air in the UK). One ad for Mecca Bingo goes way over the top in attempting to appeal to women. What are three things that women love? Hair (the ad features a woman with an obscenely large haird-do), hunks (shirtless firemen anyone?) and… puppies. Plus you can start by placing bets as low as five pounds.

One third-party site, Bingo4Him, stumbles all over itself trying to convince men that bingo isn’t just for women. The site’s tagline reads: “Man Enough to Play Bingo?” Okay, this site is definitely on the ridiculous end, but marketers are clearly interested in getting men on board. Only time will tell how successful they will be.

For now, online bingo is primarily the preferred domain of women. As increasing numbers of women gain interest in other forms of gambling like poker and sports betting and men (perhaps) begin playing bingo in larger numbers, that may change. But for now, one can observe a clear gender bias in the online bingo industry.