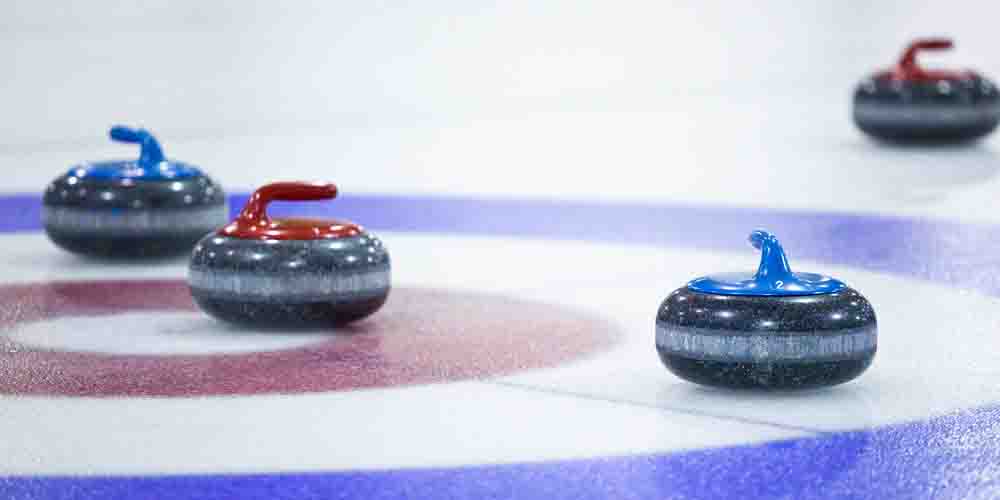 The 2021 Women’s curling championship starts 30 April and is expected to go on till 9 May. Curling is overly popular in Canada and the US, but Switzerland is also right in the top three. The popular ice sport requires skill, strategy and of course, outstanding teamwork. As we await the women’s championship to start, we discuss odds for all of you curling enthusiasts. Find out which country to bet on as the winner, or top three places!

To get started, let us give you a bit of a curling 101. For curling fans, the question of ,,isn’t it like ice hockey?” must be tiring enough, so let’s clear the confusion. Curling is a popular winter sport, in which players slide stones on a sheet of ice toward a target area which is segmented into four concentric circles. The objective is to earn the most points, by sliding stones along with an ice sheet into a marked target at its end. The origins of the game go back to 16th century Scotland. In curling, two teams compete with each other, with four players in each team. These four players are assigned the duties of a stone slider, the curler, and the sweepers. The instruments used in this game are stones and mini-broomsticks.

Why curling? The name comes from the unique turning that occurs at the end of the stone’s path on the ice. The curling stone, or rock, is made of dense polished granite from Ailsa Craig, Scotland, and in the Olympics, each rock weighs 19.1 kg! Another important difference between ice hockey is the playing surface. Curling playing surface requires pebbling the ice in order for the stone to curl. Therefore, before curling games, water droplets are dispersed across the ice sheet and rapidly freeze.

Can curling be a sport for women?

Most definitely. However, there is a debate on whether curling should be a coed sport. Many argued that the skillset for curling is not necessarily about physical strength, rather the ability to touch and control in subtle ways. While these are fair points, the almost 20-kilogram curling stone would certainly create an imbalance between men and women if mixed teams would kick off. In fact, curling is about strength, as many professionals expressed before. Regardless, the two major tournaments for women, the Scotties Tournament of Hearts and the World Women’s Curling Championship amongst the Olympics certainly give female players a platform in 2021. So does for members of online sportsbooks in the UK.

Before we break down the odds, what are the major events to watch out for when betting on curling? As usual, the number one recommendation is to understand the rules of the game, strategies of the teams and special moves and turns. Scoring happens after each “end” (an end is set where both teams have thrown all eight stones). Whichever team is closest to the centre of the house gets a point. The team that scores the most points after all the ends are complete, wins the game.

From the competing teams,  Unibet Sportsbook lists Canada, Sweden and Switzerland in the top three. Odds on the winner of the Women’s Curling Championship:

Odds on 1st to 3rd place of the Women’s Curling Championship:

The Canadian team is definitely the favourite, showing the smallest odds on the site. Make sure you follow the charts to get ahead of the changing odds on the official site of the Championship. The World Curling Federation World Ranking tracks and lists the success of all Member Associations, with Canada and Sweden both being in the top three.